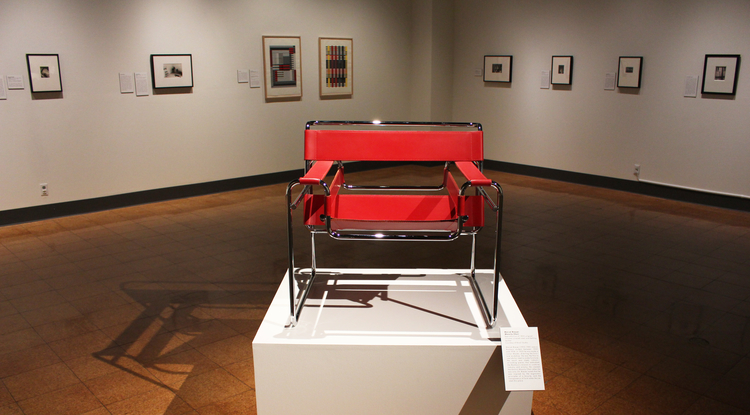 Marcel Breuer’s Wassily Chair is a reproduction of the 1925 original. Inspired by the ergonomic principles of the bicycle, Breuer was the first to use tubular steel to make furniture.

An interdisciplinary University of Arizona Museum of Art exhibition and lectures examine the long-standing legacy and influence of a German art school.
Eric Swedlund
,
College of Humanities
Oct. 7, 2019
Resources for the Media

The Bauhaus, a broadly interdisciplinary school founded in Germany in 1919 during the post-war period when the country was reinventing itself, became a profoundly influential force across the 20th century. This fall, the University of Arizona will look back on the Bauhaus, examining its cultural and historic context, as well as the artistic legacy it created in disciplines as diverse as typography, dance, furniture design and photography.

A University of Arizona Museum of Art exhibition, A New Unity: The Life and Afterlife of Bauhaus, evokes the true spirit of Bauhaus by bringing together multiple departments and facilities across campus: the Department of German Studies; the Letterpress Lab; the Schools of Art, Music and Theatre; and the College of Architecture, Planning and Landscape Architecture. Collaborations like these fueled the innovation that led to Bauhaus’ global and lasting reputation. The exhibition is on display through Dec. 1.

“We really wanted to feature the afterlife as much as the life of the Bauhaus because of the amazing collection we have at the UAMA,” says Morah Riedl, Ed Slowik Curatorial Intern and a master's graduate in art history. “We have a ton of minimalist and pop art that fits very well with the narrative of the Bauhaus.”

Knowledge of the culture and history of Germany’s Weimar Republic era is crucial to understanding the Bauhaus, so the UAMA worked with the Department of German Studies to bring that depth of knowledge to the exhibition and its related events.

“We didn’t want it to be another show saying ‘Look how cool the Bauhaus masters were,’ so that history is crucial,” Riedl says.

“It’s a time that follows World War I," says Barbara Kosta, head of the Department of German Studies. "Germany was a defeated country that faced political unrest and hyperinflation. The first few years of this fledgling democracy are very precarious. Germany was reinventing itself, and many people in the Bauhaus movement were coming together to think about creating an equal and just society.”

Kosta, an expert on 20th century German literature, culture and film, will present a lecture, “Between Rebellion and Crisis: 1920s Berlin and the Modern Woman,” on Oct. 17.

“What’s interesting about the beginning of the Bauhaus is that most applicants when it first started were women. Many women began contributing to the arts and the avant-garde,” Kosta says. “With all of the social, economic and political uncertainties, you have the figure of the modern woman stepping onto the stage to become an icon of modernity.”

The Bauhaus was founded on the idea of creating a "Gesamtkunstwerk," a total work of art, by bringing together all disciplines, ultimately resulting in one of the 20th century’s most influential artistic movements.

“We wanted to have that same spirit living in our exhibition here,” says Riedl, pointing to the exhibit's various aspects including video, design, print and textiles. “A huge goal of the show was to include as many arts programs on campus as we could, because that’s what the Bauhaus was all about. I wanted this to be as interdisciplinary as the Bauhaus was.”

The exhibition is split into two parts. “The Life” of the Bauhaus features works between 1919 and 1932 that highlight the masters and students who attended the school, including Wassily Kandinsky, Paul Klee and Josef Albers. “The Afterlife” includes examples of mid-century art movements that surfaced out of Bauhaus aesthetics, including minimalists Beverly Pepper, Ellsworth Kelly and Donald Judd, and newly created works inspired by the Bauhaus by University of Arizona master's of fine arts students Vanessa Ball, Valentin R. Mancho, Kenzie Wells and Rachel Ashley Wilkins.

“By emphasizing the afterlife of the Bauhaus, we are able to showcase how the legacy lives on through art students even still today, 100 years later,” Riedl says.

At the Center for Creative Photography:

Oct. 6, 1 p.m.
Film Screening of “Bauhaus: The Face of the 20th Century”
With opening remarks by Dr. Esther Sternberg, Professor of Medicine in the UA College of Medicine, Research Director of the Arizona Center for Integrative Medicine and Director of the UA Institute on Place and Well-Being.

At the University of Arizona Museum of Art:

Oct. 10, 5 p.m.
Exhibition Reception for A New Unity
Curator Morah Riedl will provide an introduction, and the School of Art Book and Letterpress Lab will have portable presses for visitors to use. The reception is free and open to the public, and refreshments will be served.

Oct. 17, 4 p.m.
Between Rebellion and Crisis: 1920s Berlin and the Modern Woman
Lecture by Barbara Kosta, professor and head of the Department of German Studies 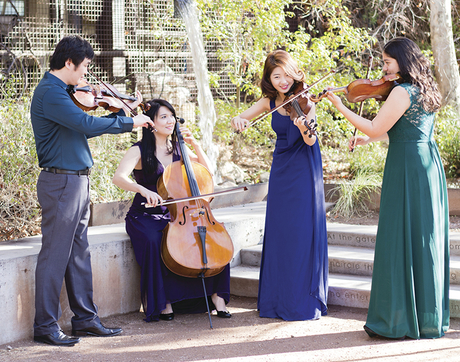