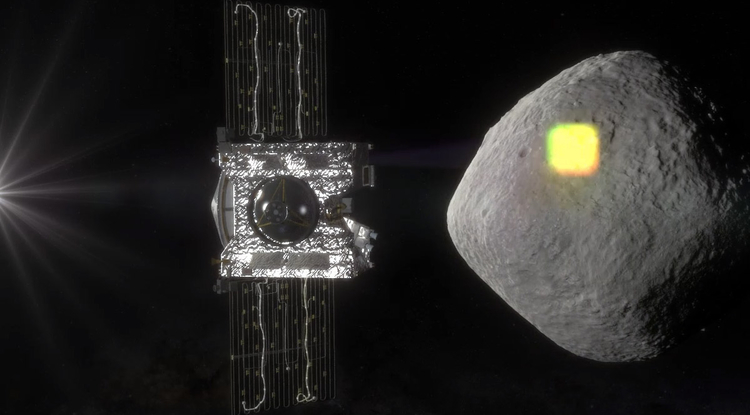 The mapping of the surface of the asteroid Bennu will be an important stage of the UA-led OSIRIS-REx mission. (Image: NASA)

A presentation at the University of Arizona on June 27 will feature six experts exploring the most up-to-date asteroid science.

Moderated by television host Geoff Notkin from the show "Meteorite Men," the event will bring together five researchers from the UA who work at the forefront of asteroid science. The presentation at the Flandrau Science Center & Planetarium is free and open to the public. Seating is limited and admittance is first-come, first-served.

Expert presenters scheduled to participate include:

On Asteroid Day and through the weekend that follows, Flandrau Science Center & Planetarium will recognize Asteroid Day/Weekend with special activities related to asteroids and the OSIRIS-REx mission, asteroid planetarium shows, and asteroid exhibits for the public. More information is available at www.flandrau.org.

To raise awareness of asteroids and the important role they have played in the evolution of the solar system and throughout Earth's history, June 30 is designated annually as Asteroid Day. The date commemorates Earth's largest asteroid impact in recorded history, the Siberia Tunguska event, which leveled trees across 770 square miles, more than three times the area of Tucson, in 1908.

Currently, the UA leads the OSIRIS-REx mission, an $800 million NASA mission that will bring back a sample from the asteroid Bennu. The UA also has the most internationally active program to identify and track Near-Earth Objects, or NEOs. More than half of all known near-Earth asteroids and comets have been discovered by the UA.