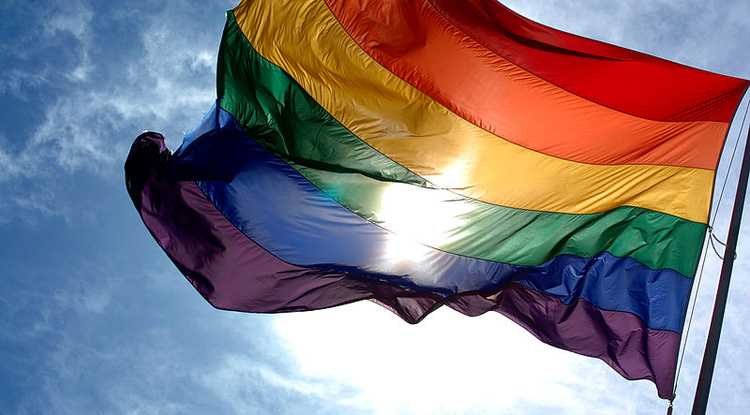 The UA-led iTEAM project's implementation is ongoing, as are regular meetings among team members and the youth participants to gain their feedback. But the research team has already come upon some important preliminary findings related to improvements in the lives of the LGBTQA youth and young adults they are serving. (Photo credit: Ludovic Bertron, New York City, New York)

With its iTEAM project still under way, the Southwest Institute for Research on Women has found that those involved have more stable housing and work and are experiencing declines in emotional stress.
La Monica Everett-Haynes
,
University Communications
May 29, 2013
Resources for the Media
Extra Info: 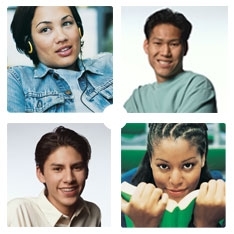 Over time, iTEAM has become even more tailored to meet the specific needs of its target group, often with feedback from the youth and the young adults involved. "We look at them as the experts of their own lives," said Sally Stevens, executive director of the UA's SIROW.

In the fourth of a five-year funding cycle, the University of Arizona-led iTEAM project already has seen a number of important improvements in the youth they are serving.

The UA Southwest Institute for Research on Women's iTEAM, or Treatment Empowerment for Adolescents on the Move, project supports lesbian, gay, bisexual, transgender, queer and allied, or LGBTQA, youth, many of whom are homeless or at risk of being homeless.

Since the implementation, the 183 iTEAM youth and young adults report greater housing stability and employment, more regular school attendance and declines in current worries about both physical and sexual assaults.

The importance of the preliminary findings carry a loud echo at a time of heightened national attention given to LGBTQ youth suicides and assaults and other indicators that the population remains largely underserved.

"The overall program, with its different components, is helping youth to help themselves," said Sally Stevens, executive director of the UA institute, known as SIROW.

"It's not that the program is making those changes in their lives. The program is giving the context and support for the youth to be able to make changes on their own," Stevens said.

In addition to offering important resources and supports to LGBTQA youth in the Tucson region, the iTEAM program is designed to become a national model for agencies and organizations working with such populations.

Improved housing stability is one of the most important goals, especially as many of the participants reported being homeless, near homeless or living in hostile environments.

"We know that once youth are in a safe environment, both during the day and night, this will contribute to them being able to become employed, reduce mental health problems and reduce emotionally challenging environments," Stevens said. "Housing stability is really key to allowing other movements to happen that are positive to the overall well-being of that individual."

But both had to be modified, said Ian Ellasante, the iTEAM program coordinator and an assistant research social scientist for SIROW.

"We quickly found that, as they were, these models were not very effective for our population," Ellasante said.

"Based on their feedback, we came to find out exactly what the youth wanted from a therapeutic group," he said. "We  do our best to be sensitive to the needs of our youth."

As such, both models were modified to include additional sessions and conversations about relationships, victimization, eating disorders and LGBTQA identity and identity development.

The team also has developed an expansive and novel questionnaire to gain a better understanding not just about the biological sex and gender identities of the individuals they serve – which is common for other programs – but also gender variance and variations in sexual identities.

Ellasante said the survey is being further developed to one day aid practitioners in improving interactions with their populations, whether it be in initial interactions or actual treatment. Also, the team members expanded their trauma-informed approach to include emotional skills building, interactive groups and a mindfulness practice for the youth enrolled in the intensive, six-month program.

For example, it wasn't enough to help the youth to acknowledge their own emotional stress. "We needed to engage in a deeper conversation" about the sources of stress and ways individuals perpetuate situations that lead to stress, said Joe Nutini, the CODAC iTEAM therapist.

Another example: UA graduate Jai Smith, the Eon iTEAM sexual health educator, works with youths in groups and does not merely lecture about sexually transmitted infections and risks, but encourages participants to act out conversational scenarios.

"You can't just create something for a group of people without their feedback," Nutini said, emphasizing that self-guided empowerment does not develop in that way.

Nutini noted that the incorporation of an active, mindful practice and also interactivity, better engages the youth and young adults. It also allows them to process trauma from a frame of self love and empowerment, he added.

Because one of the core tenets of iTEAM is to empower the youth and young adults, it is imperative to engage them in active conversations and activities around the very topics they are experiencing daily.

"Anything that gets people moving and walking around helps to make it real for them," Nutini said. "Instead of keeping them in the victim role, they are in control of their treatment."

While the preliminary findings are promising, the researchers affirm that more analysis is needed to make definitive claims about iTEAM's implications.

"We don't yet know exactly which components in the program are the largest contributors to helping them make better decisions," Stevens said. "But the closer we are to finishing the project, the better we will be able to tease out more of those details about what really is working."