The center has had a marked impact on student interest in math – the number of mathematics majors at the UA has more than doubled since 2004.
Allyn Jackson, American Mathematical Society, and Mari N. Jensen, College of Science,
April 13, 2011
Resources for the Media
Extra Info: 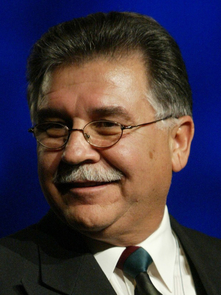 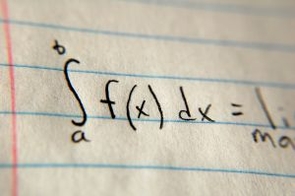 The Undergraduate Math Majors Advising Center at the University of Arizona has received the 2011 AMS Award for an Exemplary Program or Achievement in a Mathematics Department.

Presented annually by the American Mathematical Society, the award recognizes a college or university mathematics department that has distinguished itself by undertaking an unusual or particularly effective program of value to the mathematics community, internally or in relation to the rest of society.

"The center has increased the number of math majors and has increased the engagement of math students (regardless of major) in the enterprise of mathematics. The center casts a wide net to attract students to the study of mathematics – even those who initially contemplate other majors but can be attracted to math either as a second major or as an enhancement of another discipline. The ways in which the whole department has 'bought into' the work of the center assures that the model is one that can be adapted and adopted by many other universities and colleges."

William McCallum, head of the UA department of mathematics, said, "We are delighted to receive this award honoring the department's undergraduate Math Center and recognizing Bill Vélez's hard work and dedication in recruiting and mentoring math majors, particularly the spectacular job he has done in boosting minority enrollment in the major."

Distinguished Professor of Mathematics William Vélez is the director of the Math Center.

As the focal point for the undergraduate mathematics major at the UA, the Math Center has grown organically as an expression of how the mathematics department sees its mission within the university. When the center gets students to take more mathematics, it can count on excellent instruction delivered by faculty members committed to undergraduate education.

The Math Center's impact is reflected in an arresting statistic: the number of mathematics majors at the UA has more than doubled since 2004.

In terms of space and budget, the Math Center is nothing glorious. It's a big room on the second floor of the mathematics building, outfitted with blackboards, several tables and plenty of chairs. There is a small office for the coordinator of the center, Laurie Varecka.

The center has no outside grants; it has a small budget for things such as pizza at events attended by students, but otherwise it is supported entirely by the mathematics department budget, mainly through dedicated staff and faculty time.

The Math Center was started around 20 years ago, and a few years after that McCallum took over as director of the center. He began to develop the Math Center as a place where mathematics majors could drop in to ask questions and get advice. Students gathered there to talk to each other or to professors who passed through.

The center built a small library of mathematics books for students to peruse, and it began holding events, like celebrations of Mathematics Awareness Month.

In 2003, Vélez was appointed director of the Math Center. He brought with him his long experience and successful track record in recruiting and mentoring mathematics students, particularly those from minority groups that are underrepresented in the field.

The center directorship gave him a platform from which to expand greatly his recruitment efforts, and it created a database of information about mathematics majors that he now uses for a variety of recruitment strategies.

For example, each year the Math Center obtains the names and email addresses of all students who have been accepted to the UA. In March it sends messages to these individuals, suggesting they study mathematics and explaining the value of the mathematics major. The messages include a link to the "Math Moments" posters on the AMS website.

The Math Center also does smaller mailings to, for example, students who got As and Bs in a particular mathematics course, in order to encourage them to take more mathematics and to suggest which courses they might take.

A few statistics bear out the success of the Math Center's approach. In 2004, the department had 281 mathematics majors – already a respectable number that points to the emphasis the department puts on undergraduate education.

But perhaps most impressive of all is the increase in the number of majors from underrepresented minority groups: In 2004, there were 48 such majors, and by early 2011 the number had risen to 125, an astounding 160 percent increase. Today about 20 percent of math majors at the UA come from these groups.

The department also has about 600 math minors. These results came about not through changes in the major program but rather through the Math Center's systematic recruitment, which sends the message that mathematics welcomes many kinds of people with diverse interests and goals.

The Math Center did not grow in isolation; it is one exceptionally successful program in an enterprising department that takes seriously its missions in research and in education.

The department's innovative "teaching postdocs" enhance its undergraduate program by offering positions to new doctoral students who are especially interested in teaching at the collegiate level. The department also has an extensive portfolio of programs aimed at supporting and improving mathematics education at the precollege level.

What is especially remarkable is that the department's emphasis on educational activities coexists harmoniously with its strong focus on research. Indeed, many faculty members have shifted their energies from research to teaching and back again during their careers in the department.

Vélez, who is also the math department's associate head for undergraduate affairs, said, "One of the reasons I work so hard to increase the number of students majoring in mathematics is that mathematics is now pervasive, it's everywhere.

"If we want our children to participate in the technological life of this country, they have to be trained mathematically. And the Math Center is at the forefront of that effort."