UA Planetary Scientist Elected to the National Academy of Sciences

Jonathan Lunine's research involves spacecraft missions and the exploration of planets, moons and other celestial bodies in our solar system and beyond.
Daniel Stolte
,
University Communications
April 27, 2010
Resources for the Media 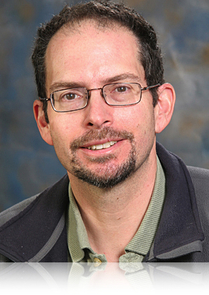 Ever since he was 4 years old, Jonathan Lunine has had stars and planets on his mind.

"I grew up in New York, close to the Hayden Planetarium. It was the time of the Apollo moon landings, and unmanned space exploration missions were getting under way," he said. "I wanted to be a part of that."

On April 27, Lunine, a professor in the University of Arizona's department of planetary sciences, was elected a member of the National Academy of Sciences. This election is considered one of the highest honors a U.S. scientist or engineer can achieve.

Lunine's research involves spacecraft missions and the exploration of planets, moons and other celestial bodies in our solar system and beyond. He is especially interested in studying the formation and evolution of planets, brown dwarf stars, and the prerequisites for extraterrestrial life.

Lunine is an interdisciplinary scientist on the Cassini mission to Saturn and on the James Webb (Next-Generation) Space Telescope. He is a co-investigator on the Juno mission under development for a launch to Jupiter and is on a Spitzer Space Telescope team investigating the evolution of planet-forming disks.

Recently as part of the Cassini team, Lunine co-authored a report about plumes spewing from the surface of Enceladus, a Saturn moon, suggesting it's a possible place to search for extraterrestrial life. He also has studied the evolution of the atmosphere and surface processes on Saturn's moon, Titan, and the organic chemistry processes leading to the origin of life.

"I am thrilled that Jonathan Lunine has been elected to the National Academy of Sciences," said College of Science Dean Joaquin Ruiz. "He embodies the best of the University of Arizona. He is an extraordinary scientist, and he is deeply committed to education."

Lunine joins 72 new members and 18 foreign associates from 14 countries selected to the National Academy of Sciences in recognition of their distinguished and continuing achievements in original research. Those elected this year bring the total number of active members to 2,097. Lunine is the only newly elected member from Arizona.

Lunine said he was thrilled to be elected to the academy: "Looking at the list of members, I feel somewhat humbled to join this distinguished group of scientists."

"Carl Sagan was an inspiration for me. My mom encouraged me to write to him and ask him for advice on how to be a researcher. I remember thinking, ‘Yeah right, as if Carl Sagan is going to respond to some high school kid.' But I wrote him anyway, asking what I needed to do to be an astronomer," he said. "Imagine my surprise when he replied with a very encouraging two-page letter! What that illustrates to me is how important it is for working scientists to encourage young people who are curious about the world to pursue their passion for science."

Lunine earned a bachelor's in physics and astronomy from the University of Rochester in 1980, followed by master's (1983) and doctoral (1985) degrees in planetary science from the California Institute of Technology. He is a Distinguished Visiting Scientist at NASA's Jet Propulsion Laboratory, where he serves as a member of the Director's Advisory Council.

He has authored two books: "Earth: Evolution of a Habitable World" (Cambridge University Press, 1999) and "Astrobiology: A Multidisciplinary Approach" (Addison-Wesley, 2005). He is a fellow of the American Geophysical Union and the American Association for the Advancement of Science, and he is an elected member of the International Academy of Astronautics.

About the University of Arizona, Lunine said, "As important as one's education is, so is the work environment. The Lunar and Planetary Lab embodies the kind of interdisciplinary, open and entrepreneurial environment that has fostered many new ideas and the freedom to pursue them. The faculty is outstandingly collegial, the students are great and the leadership at LPL and in the College of Science are crucial to creating this kind of environment. All this has played a very large part in my career and I am very grateful for that."