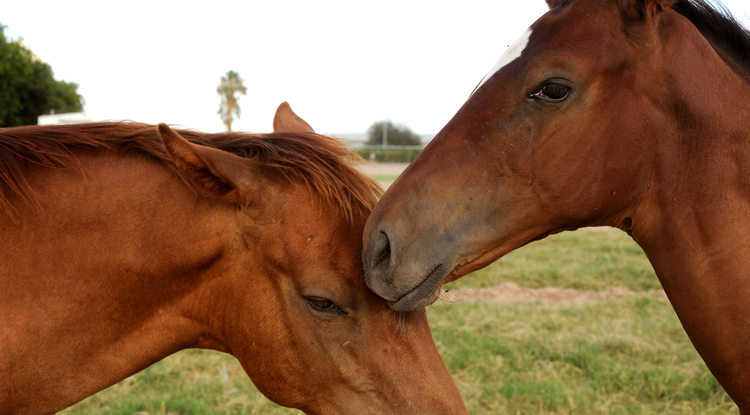 The Arizona Board of Regents has approved a one-time funding request of $3 million would make possible the planning of an Arizona Veterinary Medical Education program. Next, the state Legislature will consider the request.
Bethany Rutledge
,
College of Agriculture and Life Sciences
Sept. 28, 2012
Resources for the Media
Extra Info:

The faculty of the University of Arizona's department of animal sciences and department of veterinary science and microbiology have unanimously voted in favor of the creation of a School of Animal and Comparative Biomedical Sciences.

The school, which would be housed in the College of Agriculture and Life Sciences, would be dedicated to the discovery, application and dissemination of knowledge in the animal, microbiological and veterinary sciences – an entity that builds on the strengths of the existing departments.

The two departments’ administrative functions would be converged. The new school is expected to provide improved degree opportunities as well as greater opportunities for interdisciplinary collaboration in the growing fields of animal production, food safety, integrated biomedicine and bioinformatics, among others.

Plans for the school are still being finalized.

"Jobs in biotechnology, the animal industries and veterinary medicine are growing, particularly in Arizona,” said CALS Vice Provost and Dean Shane Burgess. “Our students deserve a 21st-century education that lets them gain hands-on experience in the lab and in the field. The School of Animal and Comparative Biomedical Sciences allows our students to take better advantage of traditional and new, expanding job markets.”

The new school likely would host the proposed Arizona Veterinary Medical Education program. This week, the Arizona Board of Regents approved a $3 million state budget request to study the feasability of the program. The Legislature ultimately will decide whether to approve the funding.

The school also would have a strong emphasis on partnerships with industry, ensuring that students who focus on subjects as diverse as food microbiology, biotechnology, recreational equine husbandry and beef production will be better prepared to compete for jobs.

"In the research realm, fundamental work that is equally relevant to both agriculture and the biomedical sciences will be greatly enhanced in the new school," said Ron Allen, associate dean and director of the Arizona Agricultural Experiment Station. "Faculty members in the two departments already have long-standing collaborations in food microbiology, covering the food production chain from the ranch and farm all the way to the consumer. This is one example of a growth area for the new school.”

Animal agriculture contributes some $102 billion to the U.S. economy annually, and more than 14,000 Arizonans are employed in the dairy industry alone. The veterinary industry generates $7.5 billion nationwide and is responsible for more than 3,000 jobs in Arizona.

According to the 2012 Battelle/BIO State Bioscience Industry Development report, Arizona’s bioscience industry continues to grow at a rapid rate. Arizona jobs in bioscience industries increased by 30 percent between 2001 and 2010. The School of Animal and Comparative Biomedical Sciences would address these and other workforce and economic development needs.

The School of Animal and Comparative Biomedical Sciences would continue to offer its extension services and programs to the people and industries of Arizona as well as look toward expanding into new areas.