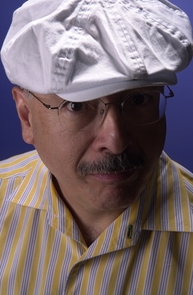 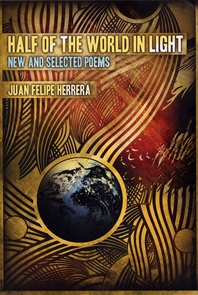 Poet Juan Felipe Herrera has received nationwide attention for his recent collection of poems, which was published by the University of Arizona Press.

And, now, Herreras has been named the winner of the 2009 PEN/Beyond Margins Award for his collection, "Half of the World in Light: New and Selected Poems," which was published last year by the UA Press.

The PEN/Beyond Margins Awards celebrate outstanding books by writers of color published in the United States during the previous year. Winners were announced in New York by PEN American Center President Anthony Appiah and Elissa Schappell, Chair of the PEN Literary Awards Committee. The center is the national association of literary writers.

Herrera, a creative writing professor at the University of California, Riverside, will receive $1,000 and will be honored at the PEN/Beyond Margins Celebration in New York City on Dec. 2. The evening will feature a reading and panel discussion moderated by Jane Ciabattari, National Book Critics Circle president.

For nearly 40 years, Herrera has documented his experience as a Latino in the United States and Latin America through poetry that is both personal and universal in its impact, themes and approach.

Often political, never fainthearted, his career has been marked by tremendous virtuosity and a unique sensibility for uncovering the unknown and the unexpected. Through a variety of stages and transformations, Herrera has evolved more than almost any other Chicano poet, always reinventing himself into a more mature and seasoned voice.

In "Half of the World in Light," readers encounter the trajectory of this highly innovative and original writer, bringing the full scope of his singular vision into view.

Beginning with early material from "A Certain Man" and moving through 13 of his collections into new, previously unpublished work, this assemblage also includes an audio CD of the author reading twenty-four selected poems aloud.

Scholars and readers will now have available to them a representative set of glimpses into his production as well as his origins and personal development.

The ultimate value of bringing together such a collection, however, is that it will allow us to better understand and appreciate the complexity of what this major American poet is all about.

The Open Book Committee works to increase the literature by, for, and about African, Arab, Asian, Caribbean, Latin, and Native Americans and to establish access for these groups to the publishing industry. Its goal is to ensure that those who are the custodians of language and literature are representative of the American people.