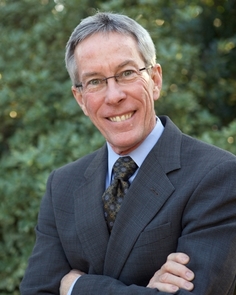 UA law professor Robert Glennon says the water situation in the United States is dire in many communities. “What was happening, what’s happening and what continues to happen is that many communities have outgrown their water supply," he says. 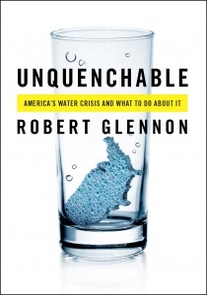 Glennon's forthcoming book, “Unquenchable: American’s Water Crisis and What We Can Do About It," is meant to inform a broad audience about the implications of extravagant water use in the United States.

The United States must come to terms with its lavish use of water and, at the same time, figure out serious solutions to the immediate problem related to access to water.

University of Arizona James E. Rogers College of Law professor Robert Glennon details the nationwide issue in his new book, "Unquenchable: American's Water Crisis and What We Can Do About It." The book is being published in April by Island Press.

The solution to the "water crisis," according to Glennon, is not in towing icebergs from Alaska or in having citywide mandates to only allow for lawn watering twice a week, as was recently suggested in Los Angeles.

"Americans are spoiled. We turn on the tap and out comes a limitless amount of high quality water for less money than we pay for cell phone service or cable television," said Glennon, also the UA's Morris K. Udall Professor of Law and Public Policy.

"Because water is so cheap, people don't value it," he added.

Yes, conservation must be a major part of the solution, but controlling population growth and using price signals and market forces to allocate water are also critical, he said. One suggestion would be to shift use rights to allow water rights to be transferred from farmers to buyers. That way, farmers could sell land that has the lowest crop yields, reducing their reliance on the water source, Glennon said.

And while water is a product, "we should recognize a human right to water for basic needs. After that threshold level, we need to price water appropriately," he said.

Glennon will be speaking about his research and new book at the UA BookStores on April 21 from 4:30 to 6 p.m.

He has other speaking engagements in April and May at the South Dakota Water Science Center, during a conference in Zurich, Switzerland, and also at the University of Nebraska, among others.

Glennon also will be speaking during a lunch presentation at the UA Water Resources Research Center, 350 N. Campbell Ave. The talk will be held May 1 at noon.

He began working on the book shortly after publishing "Water Follies: Groundwater Pumping and the Fate of America's Fresh Waters" in 2002. The book set Glennon on a nationwide tour during which he became more deeply embroiled in water-related issues and concerns.

The introduction of his new book reads: "We tend to look at Las Vegas and think it's a unique case, perhaps a cautionary tale but barely relevant to where the rest of us live. But the truth is, when it comes to water, Vegas offers us a glimpse of our own future."

Glennon then provides a series of examples in recent years as evidence:

California farmers opted to cut down to their stumps of hundreds of healthy avocado trees to prevent them from dying off as a result of water shortages.

Commercial fishing was cancelled off of California and Oregon's coasts because of the fall of the Sacramento River Fall Chinook salmon population.

Atlanta came within about 90 days of running out of water. As a result, outdoor watering and filling swimming pools were among the activities that were outlawed.

When the water supply for Orme, Tenn., began to run out, the town had to truck water in from neighboring Alabama.

Fully loaded cargo ships were unable to float on Lake Superior, one of the world's largest freshwater lakes, because its water level had dropped.

What's more, people are continuing to move to states that have the greatest water access problems or where water resources are most stressed – California, Florida, Texas and Arizona being among them.

The book is not simply for the western region of the United States.

"At the same time, it's not a uniform, national problem," Glennon said. "The basic problem is that people look at water as though it were air. Infinite. Inexhaustible. In fact, water for most practical purposes is finite and exhaustible."

Something must give, and if it is not the nation's extravagant and mismanaged water use, that deterioration will come in the form of an extinguished water source and also in a broken down economy.

"Water lubricates the American economy just as oil does," Glennon said, noting that major U.S.-based companies such as Intel and Google and those producing ethanol and energy need sizable amounts of water for production and network operations.