UA marketing researchers and their colleagues are promoting policies that would prevent youth from being exposed to such marketing.
La Monica Everett-Haynes
,
University Communications
Dec. 23, 2008
Resources for the Media
Extra Info: 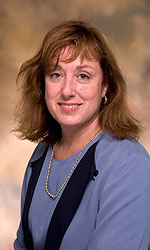 UA marketing professor Merrie Brucks is the principal investigator on a project that is studying the influence cigarette advertisements have on elementary school-aged youth. 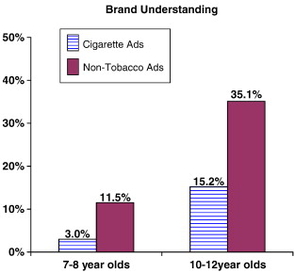 Among the other findings were that each time a child saw an advertisement that appeared to promote a particular cigarette brand, the likelihood of being susceptible to smoking grew by 182 percent. But the team emphasized that more research must be conducted to fully understand the effects cigarette advertisements have on children.

However, University of Arizona researchers have found that children and young adolescents remain vulnerable to cigarette advertisements .

UA marketing professors Merrie Brucks and Melanie Wallendorf – an expert on consumer consumption, marketing and the social aspects of consumer behavior – are part of a team analyzing the psychological effects of cigarette advertisements and how such commercialization impacts children and young adolescents.

Based on their findings, the team supports "the policy of preventing children from exposure to any form of cigarette advertising," said Brucks, the Eller College of Management's Robert and Kathleen Eckert Professor of Marketing and the project's principal investigator.

That would include the strengthening of prevention programs and and improved effort to regulate advertising.

The team's findings will be published in an article titled "Youths' Understandings of Cigarette Advertisements," which will appear in the January issue of Addictive Behaviors, an international scientific journal.

Two other members of the research team – Dan Freeman and Wendy Boland – worked on this project while they were doctoral students at the UA.

Given the history of research indicating companies have targeted youth in their advertisements and other findings that suggest there is a positive correlation between advertisements and the desire in youth to smoke, such research is highly relevant, said Brucks, who is considered an expert on consumer decision making and children's responses to advertisements.

"We think this paper is very important," Brucks said. "Tobacco companies have argued that their advertising does not entice kids to smoke. They say their ads are just weapons in a war for market share – that is, the ads are intended only to encourage existing smokers to switch brands."

But while regulations have reduced children's exposure to cigarette advertising in the U.S., cigarette advertisements continue to affect them, and in various ways, Brucks said. In a previous publication based on the same data set, the research team found that beliefs about smokers and their lifestyles are established by the time children are in second grade.

This indicates that "messages in cigarette advertising are likely to be understood by kids as pertaining to the benefits of smoking cigarettes, any cigarettes," Brucks said.

And citing concerns for children around the globe, the World Health Organization this year called for a ban on the advertisement and promotion of tobacco products.

With funding from the Arizona Disease Control Research Commission and working with Tucson Unified School District and the Vail School District, the team conducted interviews with students in the second through seventh grades from 1998 to 2000.

The team – which includes researchers at the University of Delaware and American University in Washington, D.C. – studied a group of 271 children between 7 and 12 years old.

Youth participants were giving a series of advertisements – those with cigarettes and those with other products, such as vehicles and food products.

Participants were asked to detail what each advertisement was selling to guague whether they had an understanding of what products were being marketed.

Brucks noted that all of the products in the study were being marketed to adults, not children; the research project did not intend to address the issue of advertising intentionally directed at children and teenagers.

The team found that participants generally understood what was being marketed by the time they had reached the second grade, but they did not necessarily pick up on the brands until later in life.

"Our study showed that the youngest kids did not typically focus on brand meanings for any of the ads – tobacco or otherwise. For cigarette ads, this was still true for the vast majority of kids in fifth grade," Brucks said.

But when a child was able to pick up on the brand name in a cigarette advertisement, the likelihood of being susceptible to smoking grew by 182 percent.

The research team noted that "initial exposures to cigarette advertising (and the positive portrayals of smoking contained therein) should increase youths' willingness to experiment with cigarette smoking."