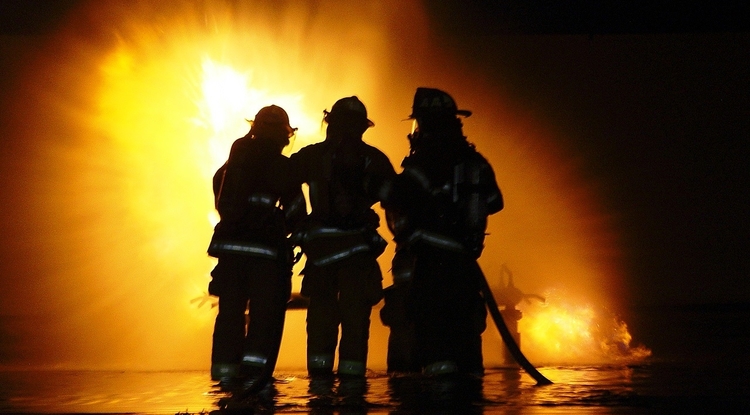 Part of the research will be conducted in a live fire environment, a first for this type of study, with the cooperation of the Tucson Fire Department’s fire training facilities.
Caitlin Gilbert
,
Mel and Enid Zuckerman College of Public Health
Dec. 4, 2012
Resources for the Media
Eric Lutz

Eric Lutz, an assistant professor of environmental and occupational health at the University of Arizona Mel and Enid Zuckerman College of Public Health, received a $90,000 grant from the National Institute for Occupational Safety and Health to determine which air purifying respirator is most effective for firefighters.

Lutz is known for his expertise in industrial hygiene, occupational exposure research, chemistry and aerosol detection.

The new study will focus on overhaul activities, the phase during a structure fire where hidden fires, hot embers and combustion sources are identified and extinguished. During overhaul, firefighters must determine carbon monoxide concentration, protect the area of origin, establish final smoke damage and fire perimeter, protect neighboring properties from fire debris, and locate any hidden fire – a process that can be extremely harmful to unprotected firefighters. Firefighters do not typically wear respiratory protection during overhaul.

“Exposure to smoke during overhaul can lead to decreased effectiveness of lungs as well as long-term consequences to cardio and pulmonary function as firefighters risk breathing in carbon monoxide, carcinogenic smoke and chemical gases,” said Lutz.

The study also will compare the effectiveness of filter canisters versus cartridges at removing harmful gases and particulates during overhaul in a live fire environment, a first for this type of study. From this work, recommendations of the most effective cartridge or canister based on which one most efficiently filters particulates, removes the highest concentration of chemicals, and lasts the longest during overhaul, can be made. This work is a collaborative between the UA and the Tucson Fire Department.

“We want to understand more fully the risks to firefighters during overhaul, and use the outcomes of the study to recommend the best strategy for overhaul respiratory protection,” said Lutz.

This study follows preliminary research from an earlier UA study led by Jeff Burgess, professor and director of the community, environment & policy division at the UA Zuckerman College of Public Health, and Renee Anthony at the University of Iowa. Burgess and Leaton Jones, a graduate student working on his Master of Public Health in Environmental Health Sciences, will collaborate on the new study.