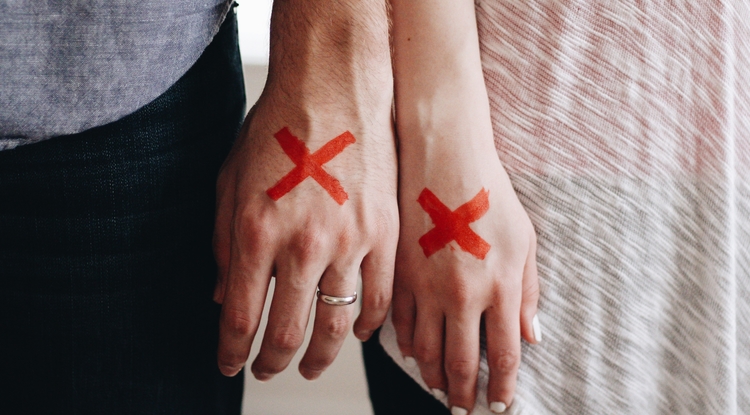 Sources: Maggie Pitts; the Centers for Disease Control and Prevention 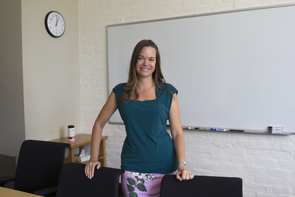 Maggie Pitts took great interest in the human papillomavirus vaccine after Virginia became the first state in the country to mandate its use among girls in the sixth grade.

Pitts, who was living and working in Virginia when the mandate went into effect in 2008, investigates how general everyday conversation shapes the way people handle major life decisions.

"When Virginia first mandated this I was appalled, I was shocked," said Pitts, now an assistant professor in the University of Arizona's Department of Communication. "I couldn’t believe they were going to mandate a vaccine that was new, without any sort of introduction or warm-up period. And telling parents of sixth grade girls to do this."

Pitts' primary concern was that parents would react, rather than thoughtfully respond and make an informed vaccination decision.

From there, she began studying the public messaging of pharmaceutical companies, specifically related to how such companies targeted their consumers. She found that public messages tended to reinforce perceptions that human papillomavirus, or HPV, was a "woman's issue."

This connects strongly to her current work studying the perceptions college-age males hold about HPV. Pitts and her collaborators presented the study and their findings during the 102nd National Communication Association's annual convention, held recently in Philadelphia.

Pitts has been investigating male perceptions of HPV and the vaccine in collaboration with Sara Kim, a doctoral student in the UA Department of Communication; Samantha Stanley, who earned her master's in communication from the UA and is now pursuing a doctorate at the University of Maryland; and Drew Miller, who recently earned his master's degree in communication. Kim and Stanley were co-presenters during the conference. Pitts, Stanley and Kim also published an article, "College Males' Enduring and Novel Health Beliefs about the HPV Vaccine," earlier this year in Health Communication, a peer-reviewed journal.

The team involved 84 undergraduate or newly graduated males in the study. The team held focus groups in which the men were able to discuss their beliefs, attitudes and values associated with HPV.

"Males are an important and overlooked population in HPV prevention," Pitts said. "The more we see equality with HPV messages targeting both males and females, the better. That will help to prevent the spread of HPV and negative health consequences in the future."

Pitts was awarded a seed grant by the UA Social Behavioral Sciences Research Institute, housed within the College of Social and Behavioral Sciences, to launch the research project. She also is studying male perceptions about HPV vaccine, and what barriers exist for getting the vaccine.

"For years, professionals have said women are at high risk of getting HPV, but we can now protect them through the vaccine. But no one was thinking about the male role," Pitts said.

"Women aren't getting HPV by themselves, so where is it coming from? And the most likely answer was that it is coming from their male sexual partners," she said.

Asked about increasing HPV vaccination, she said: "People need to be able to make an informed decision — they need information, knowledge, expertise, opportunities to be able to make that decision. The most important thing that needs to happen is conversations between pre-teens, teenagers, parents, school boards and physicians."

Pitts said it is even more important to investigate perceptions around HPV because some physicians are still more likely to recommend the vaccine for females without giving consideration to males. She also points to vaccination completion rate data for adolescent girls, indicating that the rate is about 40 percent for girls and 22 percent for adolescent boys.

Based on her research, Pitts said most of the men involved in the study had heard of HPV, but most had no knowledge that there exists a vaccine against HPV that could prevent related cancers for males or females.

"They are living in this cultural discourse where they're not expected to take responsibility for their own sexual health or their partner’s," Pitts said. "So there's this burden that mostly falls on women. Until we consider males an important role in partnered sexual health and assign them responsibility for their own health and their partner’s health then it's never going to be equal."