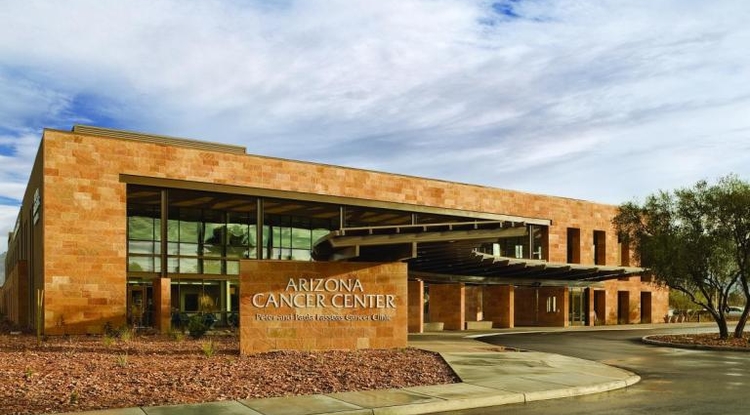 Dr. Rachna Shroff is seeking a “goldmine of information” in her quest to extend survival and improve quality of life for patients with cancers of the liver, gallbladder and pancreas.
Blair Willis
,
UA Cancer Center
July 29, 2019
Resources for the Media 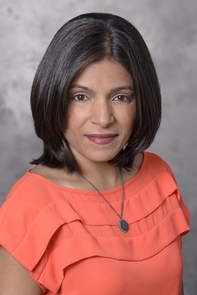 A new treatment that may extend survival for patients with advanced biliary tract cancers – who typically face a grim outlook with average survival of less than a year – is being studied by a University of Arizona Cancer Center researcher.

Biliary tract (liver, gallbladder and pancreas) cancers are a rare malignancy with only about 15,000 new cases in the United States each year, said Dr. Rachna Shroff, section chief of gastrointestinal medical oncology and leader of the GI Disease-Oriented Team at the UA Cancer Center.

“When I first started treating this malignancy, little research was taking place,” Shroff said. “Many people felt it would be difficult to conduct clinical trials for these cancers. In the decade that I've been treating this disease, I have seen it go from ‘zero to a hundred.’ It’s a phenomenal change and opportunity for our patients because we're trying to get them new drugs and new treatments.”

The standard treatment since 2010 has been a chemotherapy regimen with the combination of the drugs gemcitabine and cisplatin. Shroff is researching the effectiveness of using a third drug – nab-paclitaxel – to improve both progression-free survival (the length of time during and after treatment that a patient lives with the disease but it does not get worse) and overall survival (the length of time from the date of diagnosis or start of treatment that patients are alive) in patients.

Nab-paclitaxel is FDA approved in pancreatic cancer and other cancers. Shroff considered its potential to treat biliary tract cancers because of their similarities to pancreatic cancer due to a dense stroma, or protective barrier, which surrounds the tumor.

“Chemo can't get to the tumor because of this protective stromal barrier,” Shroff explained. “Nab-paclitaxel in pancreatic cancer is thought to dissolve away the stroma, and enhances chemotherapy delivery to the tumor. So my thought was that if this works in pancreatic cancer, and there is an equally important role of the stroma in biliary cancers, why don't we see if a nab-paclitaxel improves outcomes?”

The phase II “single-arm” clinical trial, in which everyone enrolled received the same therapy, included 60 patients with advanced biliary tract cancers and was conducted at the University of Texas M.D. Anderson Cancer Center and the Mayo Clinic Arizona.

The findings – published in April in the medical journal JAMA Oncology – showed that gemcitabine-cisplatin plus nab-paclitaxel prolonged progression-free survival and overall survival, compared to historical data for the standard treatment.

The median progression-free survival of gemcitabine-cisplatin was eight months and overall survival was 11.2 months, according to published historical data. By adding nab-paclitaxel to the regimen, the study found progression-free survival increased to 11.8 months and overall survival extended to 19.2 months. The response rate to the three-drug treatment improved to 45%, compared with 26% with gemcitabine-cisplatin.

Another optimistic finding was that 12 of the 60 patients had a dramatic response to the therapy and were converted from palliative treatment, designed to relieve symptoms, to potentially curative treatment with a resectable tumor – one that surgically could be removed. Among those, two had a pathologic complete response, meaning all of the tumor was dead when removed.

“I think it is a regimen that not only improved survival in this study, but also really improved how patients were feeling,” Shroff said. “That quality-of-life component when you're dealing with palliative treatment is really important.”

A phase III study through the Southwest Oncology Group, or SWOG 1815, began last December with an estimated completion set for Jan. 1, 2024. Shroff is the principal investigator for the study, which is the first randomized phase III clinical trial in biliary cancers in the United States.

“My hope is that the lasting impact will be that we are changing the standard of care,” Shroff said. “If this phase III is positive, then gemcitabine-cisplatin plus nab-paclitaxel will become a new standard treatment for all newly diagnosed patients with biliary cancer. I think even now it is something that patients should think about in terms of a discussion with their doctors about clinical trials and clinical trial opportunities.”

The national study is recruiting participants for the phase III clinical trial, including locations in Arizona at the UA Cancer Center and Mayo Clinic. Doctors or patients can obtain more information on this study by contacting the SWOG 1815 research staff and referencing the ClinicalTrials.gov identifier (NCT number): NCT03768414.

“It's fantastic to have that clinical trial opportunity for our patients,” Shroff said. “We also will be collecting blood and tissue from the patients who have consented so that we hopefully can do some interesting translational science and look at predictors of response and markers for prognosis. This will be the largest biospecimen repository in this cancer to date. So, it's a goldmine in terms of information.”