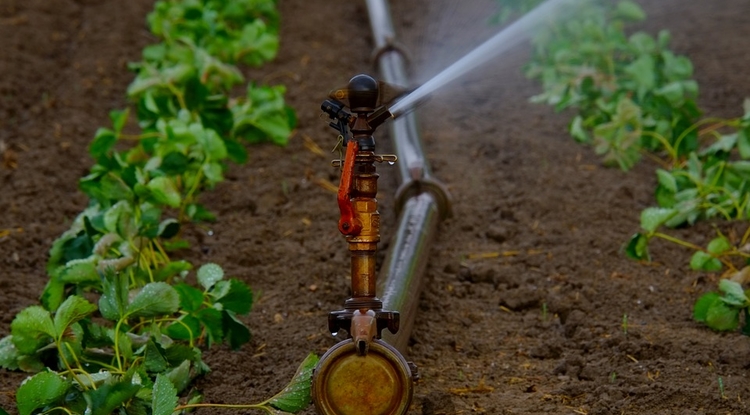 A team of researchers from the Mid-Atlantic and Southwest regions, including several scientists from the UA, thinks there may be a smarter way to irrigate crops. Over the course of four years and with $10 million from the USDA, it will test the safety and sustainability of alternative sources of water for agriculture.
Emily Litvack
,
UA Office for Research & Discovery
April 4, 2016
Resources for the Media

According to the Arizona Department of Water Resources, irrigated agriculture is the largest use of water in the state, taking up nearly 70 percent of the available water supply. Moreover, there are 46 million cases of food poisoning in the United States every year, and irrigation water has been implicated in many of those cases.

The good news: By experimenting with alternative water sources for growing food, three University of Arizona researchers hope to reduce the percentage of water used by growing food and the number of Americans who get poisoned by it.

The UA researchers are part of an interdisciplinary team, led by the University of Maryland, dedicated to developing safe and sustainable ways to irrigate food crops. With a four-year, $10 million grant from the USDA National Institute of Food and Agriculture, the CONSERVE Center of Excellence connects experts from the Mid-Atlantic and Southwest to investigate.

The UA's component of CONSERVE (which stands for Coordinating Nontraditional Sustainable Water Use in Variable Climates) includes $1.7 million to research unconventional water sources for growing and sustaining crops.

The UA scientists will conduct their research at the University's WEST Center, a recently opened facility focused on advancing the science and technology of water use. The funding for this research represents the first competitive grant received by the WEST Center.

First, the team will collect various sources of water from across Arizona. Although the words "reclaimed," "grey," and "saline" don't traditionally appear in front of "irrigation water," these are just a few of the alternative waters that UA scientists will test for real-world use.

Charles Gerba, a professor in UA's Department of Soil Water and Environmental Science, is one member of the research team. After the alternative waters have been chemically treated, Gerba — known informally as "Dr. Germ" for his studies — will inspect them for potential disease-causing microbes.

Gerba is joined by Channah Rock, an associate professor in the same department, and Sadhana Ravishankar, an associate professor in the School of Animal and Comparative Biomedical Sciences and a member of the BIO5 Institute. Rock is responsible primarily for the education and public outreach aspect of the research. She will assess public opinion and acceptability. Ravishankar is tasked with figuring out how exactly to treat these impure, alternative waters.

Today, infectious disease remains the No. 1 killer in the world, so minimizing risk to farmers and consumers is their end goal.

"You're always gambling. It's just about keeping the odds in your favor," Gerba said.