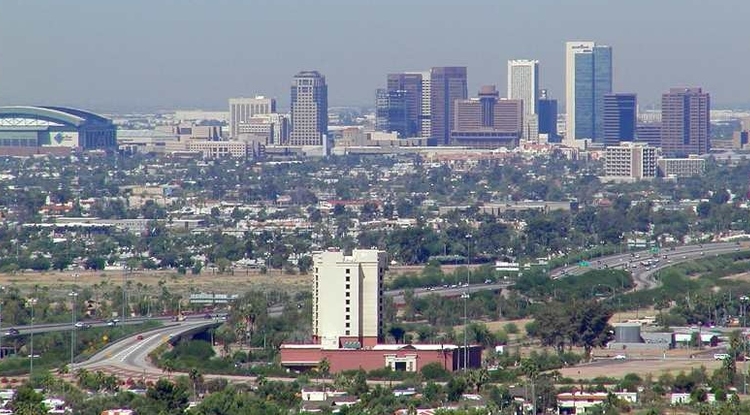 UA researcher Joe Galaskiewicz is studying the impact of economic recession in the Phoenix metropolitan area.

Joe Galaskiewicz, a UA sociology professor, is looking at why some Phoenix neighborhoods experienced more business and nonprofit closures than others during economic recession.
Alexis Blue
,
University Communications
Aug. 10, 2012
Resources for the Media
Joe Galaskiewicz, UA professor of sociology

A number of businesses and organizations across the nation have closed their doors in the wake of recession, but some neighborhoods have fared better than others. Joe Galaskiewicz, a sociology professor at the University of Arizona, wants to know why.

Galaskiewicz is working on a National Science Foundation-funded study to examine potential factors that caused some neighborhoods to experience higher rates of business and nonprofit closures than others since the beginning of the global recession in 2008. He’s also looking at whether those closures have impacted the health and well-being of residents in those communities.

His research focuses specifically on the greater Phoenix metropolitan area, a region he began looking at closely in 2003 as he studied the way Phoenix children utilized various neighborhood organizations that provided services and activities for youth.

During the course of that work, he observed significant growth of the number of service providers – including retailers, restaurants, medical offices, schools, parks, sports leagues, government organizations, religious organizations, nonprofits and others – between 2003 and 2008, from about 43,000 to an estimated 73,000. However, preliminary evidence shows a marked decline in the number of those organizations in 2009 as the national economy took a downward turn.

As Galaskiewicz now studies both the periods of growth and decline, he hopes to identify which neighborhoods in the Phoenix area were hardest hit by organizational closures and why. He is considering a variety of possible contributing factors, including neighborhoods’ cultural makeup, declines in housing values, as well as the geographic distribution of businesses.

“One of our goals is to address public stereotypes, and the public stereotype is that the businesses in communities with a high percentage of Hispanic residents suffered the most,” Galaskiewicz said. “I think we’ll see that the suffering was much more widespread.”

Galaskiewicz said he is particularly interested in looking at the practice of organizational “clustering,” in which similar businesses and nonprofits are grouped together geographically.

“Geographers have noted for many years that certain types of businesses tend to cluster together. Retail, for example, tends to be clustered around intersections or in shopping centers. It seems doctors and dentist offices are also highly concentrated,” Galaskiewicz said.

“The question is, does that have any effect on closures? There are two sides of the argument: One is that businesses that are not part of a cluster are most vulnerable because they don’t have complementary stores and services around them. On the other hand, some say that in areas where there’s a dense concentration of a particular type of establishment, the competition will be more intense and so the mortality will be higher.”

Galaskiewicz also will look at whether local government incentives for businesses could play a role by considering whether businesses attracted by economic incentives were among the ones most likely to close when economic conditions grew challenging.

Galaskiewicz hopes his findings will provide a better understanding of how economic crises affect metropolitan areas and ultimately provide insight for public officials, both locally and nationwide, on how to better motivate service providers to locate or stay in their communities.