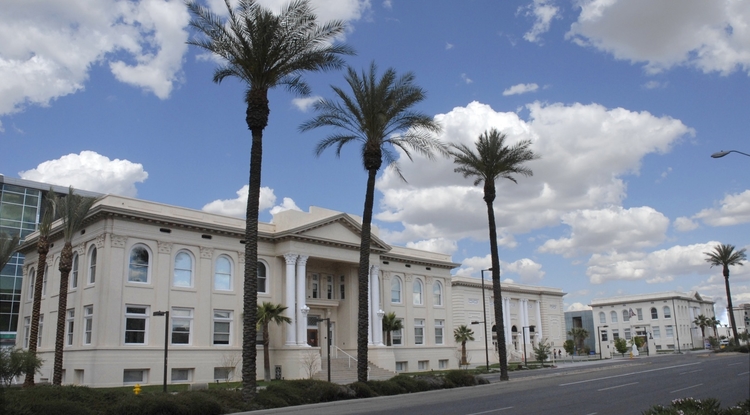 Results suggest that training emphasizing a team approach along with a novel CPR device, which provides real-time audiovisual feedback, significantly improves not only CPR quality but neurologically intact survival as well.
Eric Swedlund
,
University Communications
May 17, 2013
Resources for the Media
Extra Info:

A video of the CPR protocol is online.

Life-saving CPR has been a foundation of emergency medicine for more than a half century.

But researchers at the University of Arizona College of Medicine-Phoenix are continuing to refine the procedure, with a new study concluding that improving the quality and effectiveness of CPR can have a dramatic impact on survival from a cardiac arrest.

Consider it CPR 2.0, says Dr. Bentley Bobrow, a professor of emergency medicine at Maricopa Medical Center and the UA College of Medicine-Phoenix.

Bobrow and colleagues analyzed the quality of cardiopulmonary resuscitation performed by emergency rescuers outside the hospital setting and found that training that emphasizes a team approach along with a novel CPR device, which provided real-time audiovisual feedback (Zoll Medical), significantly improved not only CPR quality but neurologically intact survival as well.

During the study period, 56 percent of cardiac arrest victims survived to hospital discharge compared with 26 percent before the intervention.

The study's message: Life-saving CPR must be performed correctly to be most effective, says Bobrow, also medical director of the Bureau of Emergency Medical Services and Trauma System at the Arizona Department of Health Services.

"The total time that CPR is being done, the proper depth of compressions, the proper rate of compressions and minimizing pauses are all important components of CPR quality that we believe strongly influence survival," Bobrow says.

The study used scenario-based training, practicing in teams during a simulation. The two keys are measuring CPR quality in real-time, second by second, with a specialized monitor that provides feedback to the rescuers on the precise rate and depth of compressions and chest recoil of the patient.

They also emphasized a "pit crew" team approach in which each emergency responder had a specific role to perform in the resuscitation. The 18-month study focused on cardiac resuscitation done by the Mesa Fire and Medical Department in Mesa, Ariz.

This study tested the hypothesis that we could dramatically improve our CPR quality with a combination of specific training, real-time feedback and giving the providers debriefing.

Dr. Daniel Spaite, Endowed Professor of Emergency Medicine and director of the Arizona Emergency Medicine Research Center at the UA College of Medicine-Phoenix and co-author of the study said, "We're amazed at the incredibly high survival rates achieved in this study, and we are very optimistic that this is something that could dramatically improve cardiac arrest survival all around the country if it is widely implemented."

Since emergency responders typically encounter cardiac arrest patients in difficult conditions, performing CPR without feedback can lead to poor care. In the field, chest compressions tend to get more shallow after about 60 seconds and interruptions can be common.

"The reality is, even for trained rescuers, for lots of reasons it's really challenging to do CPR properly during a resuscitation. There's physical fatigue, you get tired much more quickly than you sense you get tired. It can be chaotic. There's a lot of psychological fatigue; there's lot of distraction during resuscitation," Spaite says.

The monitoring, feedback and team approach keeps the emergency responders focused on providing optimal resuscitative care until the patient can be transported to a hospital.

"We're going to continue to collect data and measure CPR quality as we now have several EMS agencies in Arizona following this best practice that we believe will eventually spread around the country. There will be more and more of a push for measuring CPR quality to ensure that it’s as good as possible and provides the best chance of survival." Bobrow says.

Bobrow and Spaite also are members of the UA Sarver Heart Center Resuscitation Research Group, which produced a training video that is free for emergency response agencies.