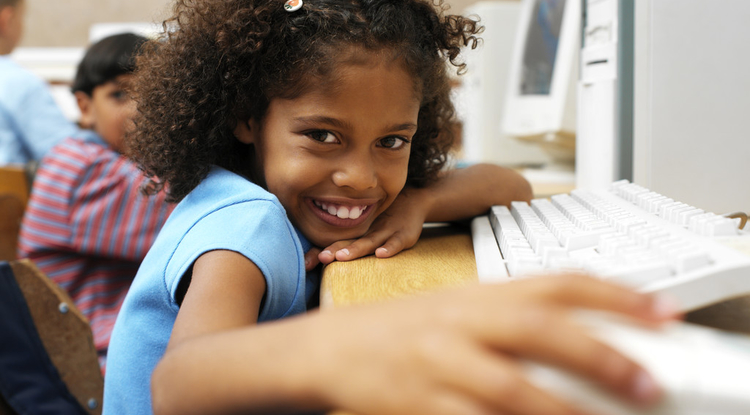 The UA is among 16 grantees across the nation to receive a grant to host digital activism workshops for youth. The UA, in partnership with The Feminist Wire, will hold workshops Sept. 7 and 14. Organizers expect that girls will be more likely to sign up for the workshops, but emphasized that boys are more than welcome to also join.

The UA earned a grant from the HASTAC Digital Media Learning Competition that is connecting youth with designers, educators and programmers to encourage and promote digital activism.
Lori Harwood and La Monica Everett-Haynes
,
University Communications
Aug. 13, 2013
Resources for the Media
Extra Info:

The UA Department of Gender and Women's Studies will be recruiting students from Esperero Canyon Middle School and Mansfeld Middle School Middle school; however, if other parents are interested in having their middle-school child participate in the free workshop, they can contact Monica Casper at 520-626-9158 or mjcasper@email.arizona.edu.

Called "LoveMaps for Middle School: Nurturing Digital Activism for Social Justice," the UA-led project is administered by the Humanities, Arts, Science, and Technology Alliance and Collaboratory (HASTAC), with funding from the MacArthur Foundation Digital Media and Learning Initiative, and carried out in collaboration with Facebook, the Family Online Safety Institute and Mozilla.

Information about the LoveMaps initiatives will be publicized on an ongoing basis at The Feminist Wire's website. 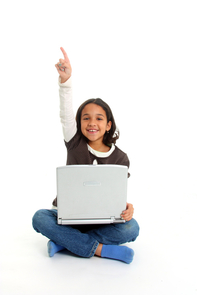 The UA project coordinators hope that, over time, the social app will grow beyond Tucson and include places and acts from across the U.S. "We are hoping to use LoveMaps as an example of how to involve youth in other communities," said Monica Casper, principal investigator on the UA grant.

Under a newly established grant-funded project, the University of Arizona will be holding workshops in partnership with The Feminist Wire to train youth how to connect digital technology with social justice practices.

The UA-led project, chosen from a pool of 266 applicants, is one of only 16 projects in the nation to be awarded a Project Connect: Summer Youth Programming grant. The award is from the HASTAC Digital Media Learning Competition, with funding from the MacArthur Foundation Digital Media and Learning Initiative.

The selected projects "engage young people in the development of apps, badges, curricula and other tools that will make the online experience more civil, safe and empowering," according to a release announcing the winning projects.

The UA program, "LoveMaps for Middle School: Nurturing Digital Activism for Social Justice," was designed by members of the UA Department of Gender and Women's Studies and Women in Science and Engineering, or WISE, who have had extensive experience working with K-12 students.

In collaboration with The Feminist Wire, a Web-based news site with global reach, the UA-led project is funded at $9,621, and coordinators will host two workshops – on Sept. 7 and 14 – for Tucson middle-school girls and those boys who take an interest.

"It is important to engage youth in social justice activities at an early age, thereby fostering interest and engagement in lifelong activism in various positive social justice issues and causes," said Sally Stevens, executive director of the UA's Southwest Institute for Research on Women, which facilitates WISE.

"Middle school is a time when girls often question their academic abilities and specifically their capabilities in science, technology, engineering and mathematics," Stevens said.

"LoveMaps will engage middle school girls in a technology project, advancing their digital media and technology skills while building their confidence and retaining their interest in STEM," she said.

A project rooted in kindness

LoveMaps is designed for youth who have had Internet exposure and experience. Participants will learn how to use GIS (geographic information systems) technology while translating civic engagement and social justice into social media.

During the workshop, youth will learn how to navigate the Internet safely and productively. They also will gain insight into ways to collaborate with peers and mentors while learning how to engage with a feminist publishing platform through The Feminist Wire.

"We want the middle school youth to think of social media as a place where social justice can occur," said Monica J. Casper, the gender and women's studies department head and one of three managing editors of The Feminist Wire.

"We want to make the online space more empowering," said Casper, also the principal investigator on the UA grant.

The cornerstone of the UA project is the use of LoveMaps, a GIS social app that will enable youth to locate and learn from positive examples of social justice.

Casper compares LoveMaps to geocaching, which is an outdoor treasure hunting game where participants navigate to a specific set of GPS, or global positioning system, coordinates and then attempt to find the geocache, a container hidden at that location. Using LoveMaps, people would enter in coordinates of places or individual and group acts of social justice.

"So even when the action goes away, we still have this marker of an action," Casper said.

Likewise, the LoveMaps app could be used to enter the locations of memorial sites and upcoming events, such as rallies and other community events.

For many of the youth, it will likely be a new and different approach to understanding contemporary issues and social action, Stevens said.

One major push of the project is the emphasis on kindness, and Casper and her team will involve youth in the mapping of acts of kindness in relation to social justice work.

Casper noted the common trend of using maps to illustrate the location and prevalence of poverty and criminal activity, for example. GIS technology also is increasingly being used in social justice work, for example through mapping sexual violence in Syria or hate speech in the U.S.

"As with other forms of activism, including feminist publishing, the focus is typically something that is negative. Many of us spend much of our careers talking about what's wrong," Casper said.

"There is a certain fatigue that sets in when we always look at the negative," she said. "We don't want to stop what we are doing, but we want to also emphasize what is positive, and also that there are points of connection between activists and scholars."

One example of such work, as Casper noted, is that her colleagues at The Feminist Wire have been publishing "love notes," essays that celebrate contributions to justice.

Thus, the project name, "LoveMaps," was chosen with intention.

“We want to create a loving approach to activism," Casper said. "This is why we created the LoveMaps project."

During the workshop, participants will be given a hand-held GPS unit and will be shown how to enter the coordinates for the social justice location that they visit, which will be the Women's Plaza of Honor, located on the UA campus.

Also, during and after the workshop, students will produce content about the project, such as articles and videos, for The Feminist Wire's Elementary Feminism section, which features the contributions of K-12 students. The researchers also plan to have the youth give a presentation on the project at a school assembly.

Casper's daughter, Mason Casper-Milam, is beginning sixth grade in the fall and is looking forward to participating in the workshop.

"I'm excited to work with other girls who have the same interests as I do," Casper-Milam said.

In the future, Monica Casper would like to expand the project to schools all over the country and allow the LoveMaps app to be designed for mobile devices that the youth could then keep. She also anticipates a reciprocal connection with the youth, who will greatly inform the research community about issues of pressing importance.

"We are trying to engage them in ways that they can feel comfortable with technology; to connect around different ideas and to use technology in a safe and also critical way," Casper said.

"We have so much to learn from younger people. It's a totally different world, and a lot of their challenges are digital," she said. "And we want them to have a sense of ownership in their world and a sense of ownership with their stories. They need to see that they can have an impact in their own lives."