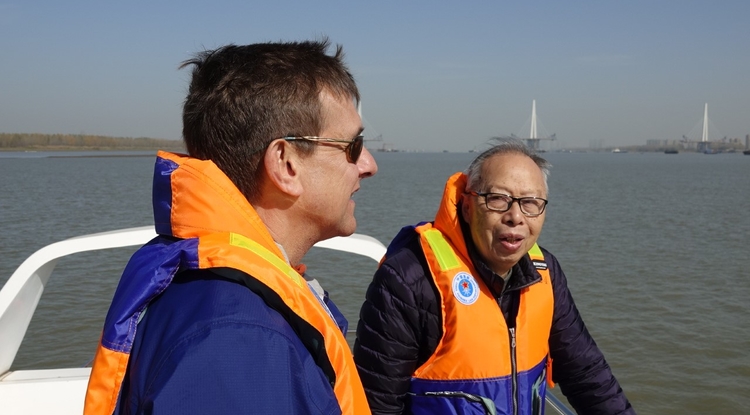 David Pietz will also use his Guggenheim Fellowship to examine attitudes toward animals and animal consumption, with implications for public health.
Lori Harwood
,
College of Social and Behavioral Sciences
April 13, 2020
Resources for the Media 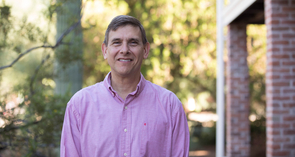 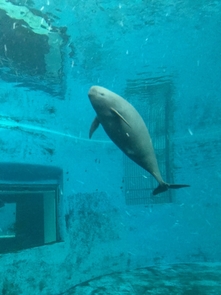 A Yangtze River finless porpoise at the Institute of Hydrobiology in Wuhan, China.

A baiji dolphin etching from the early 20th century.

University of Arizona history professor David Pietz is among 175 writers, scholars, artists and scientists to receive a 2020 Guggenheim Fellowship Award.

Pietz, who teaches in the Department of History in the College of Social and Behavioral Sciences, was awarded his fellowship in the field of East Asian studies. He will use the award to work on the project "Death and Life on the Yangtze: Extinction, Conservation and Environmental Change in China."

Pietz will examine changing attitudes toward animal life, biodiversity, developmental priorities and governance practices – all critical dimensions of the contemporary "development versus conservation" debates in China.

"I am very excited to receive a Guggenheim fellowship, not only on a personal level, but professionally. I am very pleased that funders think environmental history is important to understanding the developing role of China in global affairs," said Pietz, who holds the UNESCO Chair in Environmental History and is director of UArizona's Global Studies program.

Since 1925, the John Simon Guggenheim Memorial Foundation has granted more than $375 million in fellowships to over 18,000 individuals. Some have gone on to be named Nobel laureates, poet laureates, Pulitzer Prize winners, and recipients of numerous other nationally and internationally recognized awards.

This year, nearly 3,000 people applied for the fellowship, and recipients were chosen on the basis of prior achievement and exceptional promise.

The Extinction of the Baiji Dolphin

Pietz's project will focus on the social construction of extinction and conservation of aquatic species in China. He will compare the fate of two endangered Yangtze River freshwater cetaceans: the baiji dolphin, presumed extinct by 2006, and the finless porpoise, the object of ongoing conservation efforts.

Pietz will examine the development of policies that led to the extinction of the baiji. He will look at this extinction story as "a window to understand how attitudes in China toward animals have changed, and in some ways remained the same, over the past 100 years," he said.

"I am also interested in how the story of the extinction reflects ideas of biodiversity among different groups, such as the government, economic planners and local fishermen," Pietz said.

Pietz will explore how the science of conservation biology was introduced in China during the post-Mao era and how conservation efforts fit patterns of bureaucratic behavior in China.

Pietz said he wants to move beyond the dominant narrative of China as "an environmental train wreck."

"The vast bulk of writing on China's environmental history could boil down to 'look at all the destruction of China's natural habitat as it's gone through this extraordinary development process over the past 30 to 40 years,'" Pietz said. "I was getting tired of that narrative. What I am eager to do in this project is examine whether the extinction of the baiji has led to changes in attitudes and practices."

The preliminary answer to that question is yes, Pietz said. China prohibited some of the practices that led to the extinction of the baiji, which has resulted in the stabilization of the finless porpoise population.

"I'm interested in whether or not this kind of change in governance practices might be an early signal of larger kinds of social transformation in the realm of the environment in China," Pietz said.

"China's political elite has become increasingly concerned about the potential for environmental protests to develop into wider political demonstrations," Pietz added. "Given that China is so integrated into economic, scientific and technological networks, instability in China is an important global issue."

COVID-19 and Attitudes Toward Animals

Pietz wrote his Guggenheim application before the COVID-19 pandemic but says his project includes an investigation of contemporary attitudes toward animals and the consumption of animals in China. He says there has been a "fairly consistent, and in some ways growing, appetite among Chinese elites for exotic and endangered animal parts," which are used for food and medicine.

"There's a strong suspicion that COVID-19 had its genesis in those kinds of consumptive patterns of animals and the consumer practices in animal markets in China," Pietz said.

These practices are a traditional part of Chinese culture, Pietz says, especially in South China. He is interested in whether the COVID-19 pandemic will change the attitudes and behaviors surrounding the trade and consumption of animal parts, especially with increasing concerns about global public health.

Pietz was in China last year and in Wuhan in the fall, returning to the U.S. shortly before the COVID-19 pandemic hit. He plans to return to China in the fall or next spring to further his research, depending on travel restrictions. Pietz will examine library resources and archival material at the Institute of Hydrobiology of the Chinese Academy of Sciences in Wuhan and at Nanjing Normal University.

Pietz has also received a Fulbright award and a fellowship to the Research Institute of Humanity and Nature in Kyoto in support of this project. His work has also been supported by a UArizona College of Social and Behavioral Sciences Faculty Seed Grant and by an Isaac Manasseh Meyer Fellowship from the National University of Singapore. A book based on this research will be published by Harvard University Press.