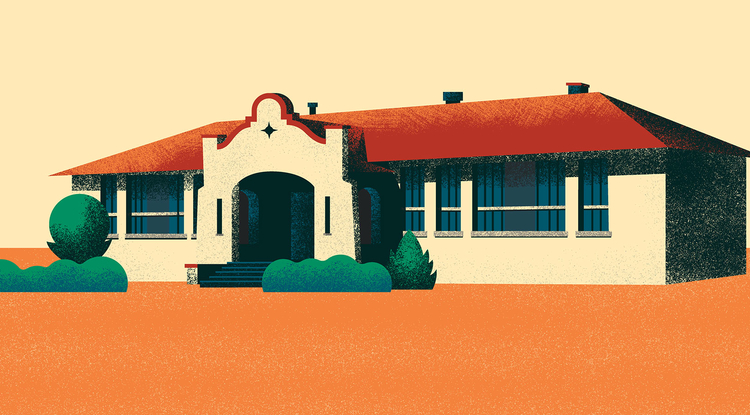 A graphic illustration of the Dunbar School in the 1950s. (Image: Eddie Canto)

UArizona Helps to Preserve a Piece of Black History

A grant and faculty support from the University of Arizona is helping Tucson's Dunbar Pavilion – a former segregated school – evolve into a revitalized community center where black history is remembered and all are welcome.
Emily Litvack
,
Office of Research, Innovation & Impact
Feb. 3, 2020
Resources for the Media
Extra Info:

Africana Studies will hold a kickoff celebration Feb. 4, with food, music and dancing, and the opportunity to win prizes, including iPads. The free event will be held in the Student Union Memorial Center's North Ballroom from 2-4 p.m.

Feb. 6 marks the 60th anniversary of Arizona men's basketball player Ernie McCray scoring 46 points against Cal State LA, which remains Arizona's record for most points scored by a single player in a game. McCray went on to become the first African American basketball player to graduate from the University. McCray will be honored before the Feb. 6 home game against USC with a special recognition video. The game begins at 7 p.m. at McKale Memorial Center. Tickets can be purchased on the Arizona Athletics website.

Africana Studies will hold two more events at the end of the month featuring Wanuri Kahiu, an award-winning Nairobian writer and filmmaker. On Feb. 27 at 7 p.m., Kahiu will give a lecture titled "The Power of Joy," about how showing happiness and fun in art can be a political act. The talk will be held at the Forum in the Health Sciences Innovation Building, 1670 E. Drachman St. The event is free, but attendees are asked to register in advance.

On Feb. 28, a screening of Kahiu's film "Rafiki" will be held at The Loft Cinema, 3233 E. Speedway Blvd., at 7 p.m. "Rafiki" is a love story of two young women in Nairobi, in a society that bans same-sex relationships. A Q&A with Kahiu will follow the screening. Tickets are $20 and can be purchased on The Loft's website. 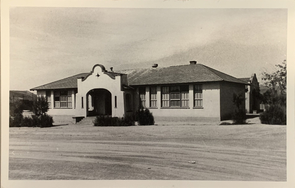 The Dunbar School in the 1950s. (Courtesy of the Dunbar Coalition) 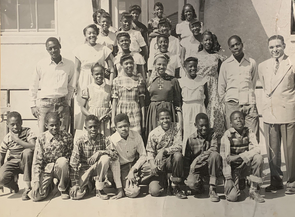 Dunbar School class photograph featuring Barbara Lewis, who is standing in the row second from the bottom, third from the left.

The Dunbar Coalition, a nonprofit that has transformed the former Dunbar School into a community center in Tucson, is using a two-year, $100,000 grant from the Agnese Nelms Haury Program in Environment and Social Justice at the University of Arizona to create educational health and wellness programming.

Now in its second year with Haury funding, the Dunbar Pavilion, as the former segregated school building is now called, hosts free public workshops several times a month, in conjunction with the university's Center for Regional Food Studies, El Rio Health Centers and the African American Coalition for Health and Wellness.

"We witness the power of the community aspirations combined with University of Arizona practice-based research in this project," says Nancy Petersen, Haury program manager. "It's about so much more than community classes. It's linking shared heritage and space to support community, while embracing history for healing and rejuvenation. The Dunbar Pavilion shows us how societal change begins."

In 2017, the College of Social and Behavioral Sciences entered a partnership with the Dunbar Coalition and hired Debi Chess as a community impact fellow for two years. During that time, Chess and Megan Carney, director of the Center for Regional Food Studies, wrote the Haury grant proposal. Chess has since become the interim executive director of the Dunbar Coalition where she works alongside Barbara Lewis, a Dunbar School alumna and vice president of the coalition.

"We want to provide a space for black arts and culture, but we also want everyone – Hispanics, whites, Asians, whoever – to be welcome here. We want to show that we're better than the way we were treated," Lewis said.

A History in Brief

From 1913 to 1951, nearly every black student in Tucson attended the Dunbar School, the city's segregated school for kindergarten through ninth grade students. The school's motto: "Be the best." The school was renamed John Spring Junior High School upon integrating in 1951. In 1978, its doors closed. For almost two decades, the building, located off Stone Avenue and Second Street, sat empty, deteriorating into a neighborhood eyesore. Every window was shattered, and its ceilings caved in. Only raccoons, feral cats and vermin roamed its echoic halls. By the 1990s, the dilapidated building was scheduled for demolition.

In 1996, two alumni banded together with the Tucson Juneteenth Committee, the Tucson Urban League and the Dunbar/Spring Neighborhood Association to buy the building from the Tucson Unified School District. They paid $25. At the time, their mission was simple and short: First, save the school from being torn down, and then fix it up. After the purchase, the alumni founded the Dunbar Coalition.

The building is now on the National Register of Historic Places.

Patrisia Gonzales is associate professor in Mexican American Studies in the College of Social and Behavioral Sciences. She is also a third-generation traditional healer of the indigenous Kickapoo and Nahuas people of Mexico. Gonzales already has hosted two Haury-funded workshops at Dunbar: "Heart Medicine for People of Color" and "Restore & Chillax." She will host her third in April, "The Flower Body: Re-balancing the 4 Elements," for which there is a wait list.

In her workshops, Gonzales uses plants growing in the Dunbar Pavilion's community farm, such as citrus blossoms, and rosemary and other plants commonly used by home cooks to "help people connect to the natural world and their bodies based on traditional concepts of my family's lineage of medicine from the Nahua-speaking peoples of Mexico."

Gonzales is also working alongside The Drawing Studio, a local nonprofit, to lead a team of adult students who are creating an interactive plant catalog of the Dunbar Pavilion's community farm. The catalogue will include illustrations of each plant and provide information about its history and traditional medicinal uses.

"The Dunbar is a very unique place of both trauma and resilience. Here Tucson's black community transcended great inequality and injustice to survive and flourish," Gonzales said. "I think it's particularly important that they now have a space to practice health, wellness and self-care."

In another project, Tani Sanchez, associate professor in Africana Studies, is creating the second edition of a historical cookbook titled "Meals and Memoirs: Recipes and Recollections of African Americans in Tucson, Arizona."

Sanchez was raised in Tucson and attended the John Spring School. Her mother, the late Marguerite Sanchez, was a teacher at the original Dunbar School.

"The Dunbar is a space that I'm intimately connected to," said Sanchez, who is now a member of the Tucson Black Film Club, which holds its meetings at the Dunbar Pavilion.

In the 1990s, Sanchez was the president of Tucson's now defunct chapter of the Afro-American Genealogical and Historical Society. As president, she suggested the chapter create a historical cookbook and use it to raise funds. As she edited the book—a collection of traditional African American recipes from Tucsonans who were "the movers and shakers of the 40s and 50s" and autobiographical essays about black life in Tucson—Sanchez fell in love with its contents. She bought the permissions to reproduce it.

Only two hard copies remain of the first edition, and she had long wanted to produce a second edition by the time the Dunbar Coalition caught wind of the book and called Sanchez.

The new edition will incorporate about 20 new health-conscious recipes, footnotes on how to modernize traditional recipes, an essay about the role of food in the black community and perhaps a few more autobiographical essays.

As the Dunbar Coalition continues to create new programs and resources for the community, it's also focused on preserving its past. It's converting a former classroom into a research library and museum that will house all of its remaining archives—archives that will rely heavily on the recollections and old belongings of the school's alumni.

Since 1987, the school has hosted a two-day, biannual reunion.

"Obviously, attendance has declined over the years because our youngest alumni are 75 years old," Lewis said.

This year, only about 15 alumni attended, and they weren't there just to socialize.

They offered their oral histories, recorded by Jamie Lee, an associate professor in the School of Information, and two graduate students, Stephanie "Gia" Del Pino, studying art and visual culture education, and Joanna Sanchez-Avila, studying rhetoric, composition, and the teaching of English. Lewis and Marya McQuirter, an assistant professor in the Department of History, wrote the 39 questions to ask alumni such as, "What did your family do for recreation?" and "What do you remember about your parents?"

Donald Lander drives to the reunion from Arcadia, Calif., and speaks as a small microphone captures his voice and all the memories it carries. To Lander, it's his life. But from a grander perspective, it's Tucson's black history—and it will be available to all who seek it.

"I'm 82 years old. I'm here because I refuse to leave until I know that it's on solid ground," Lewis said. "We're making sure that black history isn't erased from Tucson." 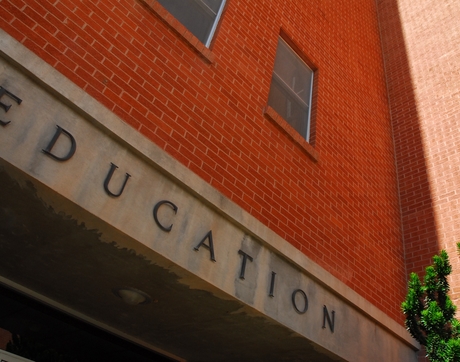 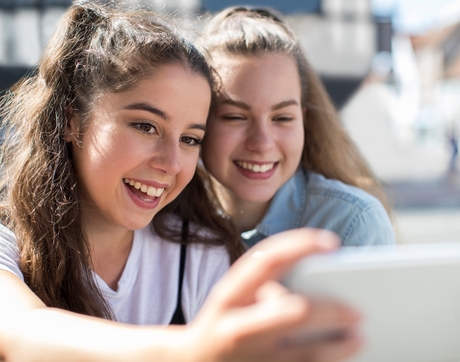 Office of Research, Innovation and Impact