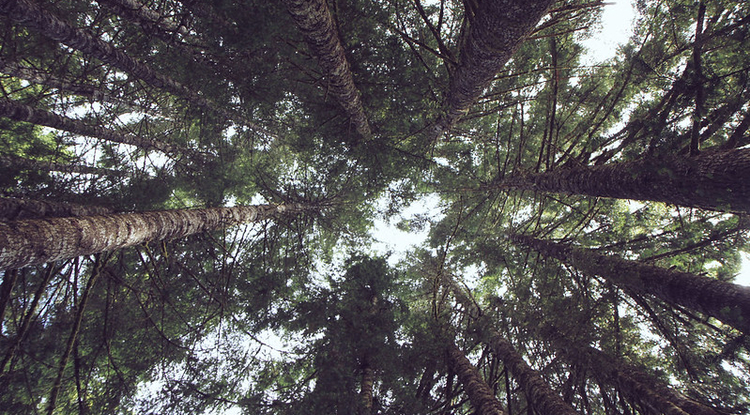 Douglas firs are the most abundant trees in North America. Their ecological niche spans Southern Mexico to the Northern Rockies.

Warming Will Reduce Ability of Trees to Slow Climate Change 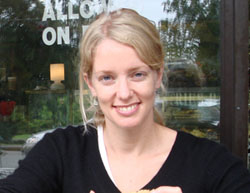 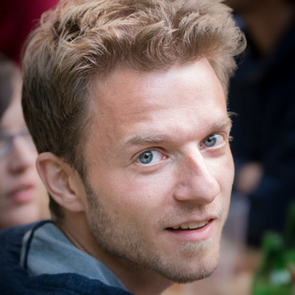 The world's forests play an important role in mitigating climate change. They are carbon sinks, meaning they absorb more carbon dioxide than they emit. But according to new research, the most prolific tree in North America – the Douglas fir – will absorb less atmospheric carbon dioxide in the future and therefore do less to slow climate change than once thought.

"More warming for trees could mean more stress, more tree death and less capacity to slow global warming," said Margaret Evans, assistant professor of dendrochronology in the Laboratory of Tree-Ring Research at the University of Arizona. "Up until now, forests have stabilized the climate, but as they become more drought stressed, they could become a destabilizing carbon source."

Evans is senior author of the study, which is published in Global Change Biology and was an international effort led by UArizona researchers.

"We chose to study Douglas firs because they have a huge environmental niche," Evans said.

Douglas firs grow in the western half of North America from as far south as the mountains of southern Mexico to the mountain peaks punctuating the Sonoran Desert to the Pacific Northwest rainforests to the frigid peaks of the Rocky Mountains.

To study the impact Douglas firs could have on future climate, researchers gathered a massive amount of data to understand the relationship between tree-ring width and climate in order to predict future growth.

Tree rings are annual layers of growth made out of carbon. When rings are thinner, it suggests that the trees pulled less carbon dioxide from the atmosphere that year. The researchers' results suggest:

"The treasure trove of tree-ring data – of previously not publicly available data from researchers' hard drives and from the U.S. Forest Service Forest Inventory and Analysis program – really made an impact on the analysis," said lead author Stefan Klesse, a former UArizona postdoctoral fellow who is now at the Swiss Federal Research Institute for Forest, Snow and Landscape WSL in Birmensdorf, Switzerland.

"Tree rings have proven themselves a powerful tool to investigate past climate. Projection of future tree growth is an obvious extension of the same logic," Evans said.

The problem, she said, is that the future doesn't look like that past, and predictions about forests' ability to absorb carbon dioxide in the future have varied widely.

Some models predict that a warmer world will lead to stressed trees that grow more slowly or die under the new conditions.

But most scientists have doubts about the size of the carbon fertilization effect in forests.

"The question is whether those experiments at the scale of a leaf apply realistically at a global scale," Evans said. "This is where tree rings could be a complementary source of data. A tree ring records the environmental conditions surrounding an entire tree. Knowing how trees respond in the wild can better inform the models that are currently based on measurements made at a very small scale. This is something we like to do in science; we like to find different sources of data and models, and if all of those agree, then we feel more confident in our future predictions."

Researchers have relied on trees in warmer climates to predict the future responses of trees in climates that are cooler for now. For example, the Douglas firs in Arizona are used to predict how Douglas firs in Montana will grow decades from now, when temperatures have risen, Evans said. This is referred to as space-for-time substitution, and the researchers were able to test this idea with their new dataset and model.

Their research revealed that the assumptions underlying space-for-time substitution are too simple and yield poor predictions.

A Douglas fir in Montana doesn't have the same genetic makeup as trees in Arizona. You can't treat them as equals because they have adapted to their local climate.

Factors impacting sensitivity include average temperatures and average amount of precipitation. The warmer and drier a local climate is on average, the more trees suffer from increasing temperatures and dryness.

"Forest ecosystems would become positive feedback loops, which is not a good thing," Evans said.

Harold "Hal" Fritts, a UArizona professor emeritus of dendrochronology who died last year at 90, predicted the link between a tree's climate sensitivity and ring growth over 50 years ago.

"In the Northwestern states, every single tree ring looks the same. They look like a train track because they're just not very sensitive to change," Evans said. "But in more desert terrains, like in Arizona, the average ring width is much smaller, and year-to-year variability, or sensitivity, is much greater. In a wet year in the desert, the trees can grow great, fat rings. He (Fritts) predicted this relationship between ring width and sensitivity a long time ago. Our model proved that he was right."

The team said that better predicting how trees will respond to climate change will ultimately require genetic studies. They concluded that much of the differences in average ring width across Douglas firs are likely due to evolutionary adaptation, but exactly how much is not yet known.

"Possible future work is to go back to the genetics," Klesse said.