Bill Skarsgard (left) plays the menacing clown Pennywise in the 2017 big-screen version of "IT," 27 years after Tim Curry (right) first tackled the role for the 1990 TV miniseries. Both adaptations are based on Stephen King's 1986 horror novel. (UANews illustration by Bob Demers)

Why the 1980s Are Invading Movies and TV

Movies and television shows set in the '80s, such as "IT" and "Stranger Things," are drawing two types of audiences, a UA film expert says.
Alexis Blue
,
University Communications
Sept. 18, 2017
Resources for the Media 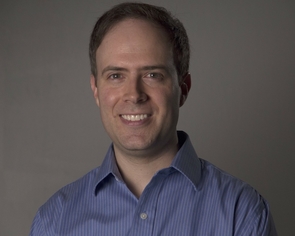 If you grew up in the 1980s, you might be reveling in the recent onslaught of movies and TV shows that are set in and celebrate that era.

Indeed, the '80s seem to be alive and well in film and television today, with offerings such as the big-screen remake of Stephen King's "IT" and the Netflix series "Stranger Things" — which will release a second season on Oct. 27 — channeling a distinct '80s vibe and drawing huge audiences.

It's largely about the power of nostalgia, says Bradley Schauer, an assistant professor in the University of Arizona's School of Theatre, Film and Television.

Schauer, 37, is a member of the recently coined "xennial" generation, a so-called "microgeneration" between Generation X and millennials. He says that, like many others in his age range, he's susceptible to '80s nostalgia, with his favorite films of the time including "The Goonies," "Back to the Future" and the lesser-known science fiction fantasy flick "Explorers," starring a young Ethan Hawke and River Phoenix.

Schauer, who earlier this year published the book "Escape Velocity: American Science Fiction Film, 1950-1982," discusses why nostalgia works in the entertainment industry, who it appeals to and how filmmakers can use it correctly.

Q: Why do we seem to be seeing so much of the '80s in film and television today? Why are these movies and shows so popular?

A: These shows have wide appeal because they attract two distinct audiences, both of which are very appealing to advertisers. First, you have people in their late 30s to mid-40s who grew up in the '80s and want to revisit their youth. Then you've got teens and 20-somethings who enjoy the '80s as a kind of quirky, retro era — an almost "pre-modern" time before cellphones and the internet. It's a similar phenomenon to something like "Happy Days" in the '70s — adults felt nostalgic for their childhood, while kids who weren't alive in the '50s got a kick out of Fonzie and Arnold's Drive-In, because they seem so quaint and unusual.

Q: Why does nostalgia, in general, work in film and television? What is the appeal for audiences?

A: Nostalgia tends to involve longing for a past time that never really existed — an idealized time in which all the negative events and emotions have faded away, leaving only warm feelings. On one hand, this can be seen as a critique of the present. Studies have shown that nostalgic feelings can help to ward off depression and loneliness. If you're feeling anxious or overwhelmed in today's world, it can be therapeutic to remember times that seemed simpler, like childhood for many people. But nostalgia is also a way of making sense of your life's story, of self-identification. Generation Xers who watch "IT" or "Stranger Things" can identify themselves as part of that generational tribe in a way that younger and older viewers can't. That sense of tribalism and belonging can be comforting and affirming.

Q: Do we see any kind of a specific time cycle when it comes to the use of nostalgia in film?

A: Twenty years seems like the sweet spot. Twenty years earlier, people who are currently up-and-comers in the film and TV industry were kids — so naturally they would be drawn to the era of their childhood. Twenty years gives you enough distance to look back with fondness, without remembering all the bad stuff. And 20 years is enough distance for the time period to seem quaint and interesting to younger viewers, when compared to the present day.

They made the new "IT" movie at exactly the right time. According to the story, the childhood scenes occur 27 years before the present day. So by moving it from the 1950s of the original novel to the 1980s, the filmmakers have set their film at almost the exact moment that the original "IT" television miniseries premiered. I think a lot of the interest in the new film among Gen Xers is based in nostalgia for that miniseries, which might not seem too scary today, but was terrifying when you were 10, trust me!

Q: What do filmmakers need to think about in order to do nostalgia "right"?

A: Authenticity is important. If it's just a jumble of period cliches, it won't activate those childhood memories and will instead seem contrived and artificial. It needs to have details that ring true. For all the little touches that "Stranger Things" gets right, there are still some things that stick out as phony if you are an '80s kid. For instance, it's hard to believe a kid in a small town would have an "Evil Dead" movie poster on his wall in 1983 — that film developed a cult following on video over the course of the decade. The Duffer Brothers, who made "Stranger Things," were born in 1984, so they weren't really old enough to be cognizant of some of these things. It seems like they just picked "Evil Dead" because it was an '80s horror flick they liked. Seeing that poster might pull you out of the show for an instant, if you're especially nitpicky about '80s horror.