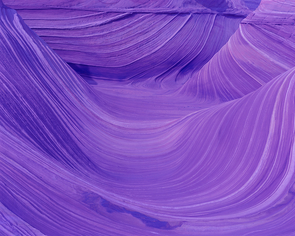 The Center for Creative Photography is pleased to welcome photographer David Benjamin Sherry for an artist talk about his new book, "American Monuments," published by Radius Books. A book signing will follow, with copies available to purchase at the gift shop.

"American Monuments" is a landscape photography project that captures the spirit and intrinsic value of America's threatened system of national monuments. In April 2017 an executive order called for the review of the 27 national monuments created since January 1996. In December 2017 the final report called on the president to shrink four national monuments and change the management of six others, recommending that areas in Maine, Nevada, New Mexico, Utah, and the Atlantic and Pacific Oceans be offered for sale, specifically for oil drilling and coal and uranium mining. "American Monuments" focuses on the areas under review, with special emphasis on those that have already been decimated. Sherry documents these pristine, sacred, and wildly diverse areas using the traditional, historic 8x10 large format. The resulting photographs not only convey the beauty of these important and ecologically diverse sites, but also shed light upon the plight of the perennially exploited landscape of the American West.

David Benjamin Sherry (b. 1981) specializes in large-format film photography made with meticulous attention to analog photographic processes. Sherry's use of vibrant monochrome color began while studying for his MFA at Yale. Working closely with master printer and photographer Richard Benson, Sherry discovered that through analog printing techniques, he could manipulate color film to chromatic extremes. For Sherry, the vibrant colors he incorporates into the work are a conduit for his intense, sometimes mystical connections to the natural world and reflect his own queer experience of traversing the American West.