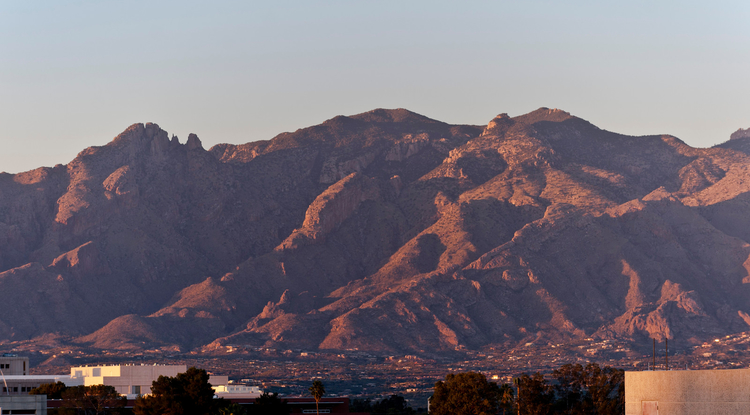 Three University of Arizona faculty members have been named Regents’ Professors by the Arizona Board of Regents.

The title of Regents’ Professor is the highest level of recognition bestowed on faculty in the Arizona state university system. It recognizes full professors whose work has garnered national and international distinction; no more than 3 percent of faculty can hold the title at any given time.

All seven will receive formal recognition at a campus ceremony in January 2017.

Ronald Breiger is professor of sociology in the School of Sociology in the UA College of Social and Behavioral Sciences, with affiliations in statistics and government and public policy. One of the world's foremost authorities on the modeling and analysis of social networks, Breiger has played an important role in applying network analytic techniques to the study of terrorism. His research leveraged mathematics to study cultural systems and societal relationships and established foundational and algorithmic principles for computational tools used worldwide today. Breiger remains a very active researcher, as evidenced by his continuing ability to receive substantial support from many different funding agencies. His commitment to undergraduate and graduate education is exceptional. Many of his students are now renowned scholars in their own right. His contributions to scholarly professional service are vast, and one of the most significant was his chairmanship of a National Academy of Sciences workshop on dynamic social network modeling and analysis in 2002. Other highly influential positions he has held include election as chair of the Section on Mathematical Sociology of the American Sociological Association, and editor of Social Networks.

Frank Gohlke, a professor in the photography division at the School of Art in the UA College of Fine Arts, is viewed by many in his field as one of the most important photographers of his generation living and working in the United States today. It is likely that everyone has seen at least one image from that set in popular media. A Laureate Professor in the School of Art and Senior Research Fellow in the Center for Creative Photography, he is a landscape photographer and essayist — a chronicler of the American landscape. His photographs have bearing on fields ranging from geology to architectural history, and his work is relevant to naturalists and philosophers alike. He is considered to be a true artist researcher. Gohlke's reputation was launched in 1975 with the seminal exhibition "New Topographies: Photographs of a Man Altered Landscape." It is claimed that this exhibition created a seismic shift for landscape photography, with a move away from the romance and elegance of landscape photographs toward a view of landscape as transformed by people working the land. Since 1975, Gohlke has been chronicling the landscape; some of his other noted works have included Grain Elevators, the Sudbury River and perhaps the most notable one, Mount St. Helen's, a stark chronicle of an eruption and recovery. Gohlke has received two Guggenheim Fellowships (in 1975 and 1984) and two National Endowment for the Arts Individual Artist Fellowships (in 1977 and 1986). He teaches both undergraduate and graduate courses and is regularly invited to serve as chair or member of students' MFA Master's committees.

Until 25 years ago, only eight planets had been discovered in human history. Today, eight are discovered on a monthly basis. Renu Malhotra, the Louise Foucar Marshall Science Research Professor in the UA Lunar and Planetary Laboratory, anticipated this breakthrough with her 1993 paper demonstrating that Pluto's peculiar orbit (very eccentric and tilted relative to the ecliptic plane where the other planets lie) resulted from the outward migration of Neptune. No longer could we hold to our textbook picture of a well-ordered solar system, static under the firm direction of Newton and his laws. Malhotra demonstrated that those laws mediated subtle interactions that over time could yield large changes in the configuration of planetary systems. These processes not only explain the structure of our solar system, but help scientists better understand the dynamics of planetary systems other than our own. Although others had hinted at the possibilities of planetary migration, it is characteristic of Malhotra that she provided the definitive proof of its importance and did so with such clarity that its reality was accepted universally. The wider scientific community has expressed its appreciation of her work by her election last year to the American Academy of Arts and Sciences and to the National Academy of Sciences. Malhotra believes that "advisers should always be an example to their students of what it means to have that life in you about your field, an example of what it means to live science."

Elliott Cheu is a professor of physics in the UA Department of Physics and associate dean of the UA College of Science. His research focuses on Supersymmetry and physics beyond the Standard Model using the ATLAS detector at the Large Hadron Collider, the world’s largest and most powerful particle accelerator, where physicists and engineers are probing the fundamental structure of the universe.

Alan Nighorn, professor and head of the Department of Neuroscience in the UA College of Science, studies the molecular interactions that underlie the appropriate development and function of the olfactory system in insects. Nighorn is working toward a complete understanding of the role of neuromodulators such as nitric oxide, serotonin and dopamine, with the ultimate goal of understanding how these compounds affect the insect brain and lead to changes in the processing of scent-based cues and behaviors.

Thomas Sheridan is a research anthropologist at the Southwest Studies Center and professor of anthropology in the UA School of Anthropology. Sheridan has conducted ethnographic and ethnohistoric research in the Southwest and northern Mexico since 1971. He directed the Mexican Heritage Project at the Arizona Historical Society from 1982-1984 and was director of the Office of Ethnohistorical Research at the Arizona State Museum from 1997-2003.

Cynthia Thomson is a professor in the UA Mel and Enid Zuckerman College of Public Health. She serves as director of the college’s Canyon Ranch Center for Prevention and Health Promotion, a center whose mission is to support a healthier Tucson community. She also directs the Arizona Smokers’ Helpline, or ASHLine, a direct service program for the public to support smoking cessation and chronic disease risk reduction. Thomson is a doctoral trained nutrition scientist and registered dietitian who leads a focused research program in lifestyle behaviors and cancer survivorship.