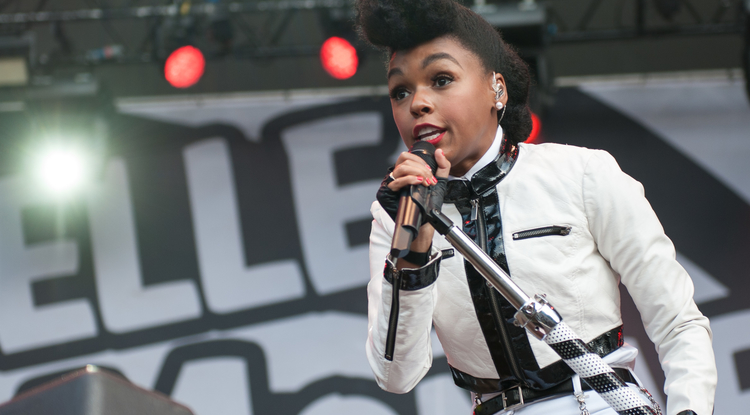 Afrofuturism is a framework for exploring and understanding issues related to race, gender, class and other social identities while expanding representation in science fiction.
La Monica Everett-Haynes
,
University Communications
Feb. 21, 2017
Resources for the Media
Extra Info:

February is Black History Month. Forthcoming events at the UA include:

For details on the UA's and UA-sponsored Black History Month events, visit http://aasa.arizona.edu/calendar. The calendar is populated with event details for the month. 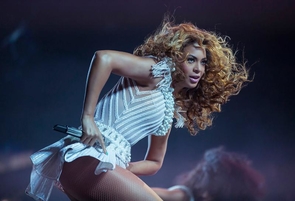 Artists such as Beyoncé (above) and Nicki Minaj have adopted futuristic themes in their music and attire, contributing to the Afrofuturism movement. (Photo credit: Yosra El-Essawy via PRNewsFoto/Live Nation Entertainment) 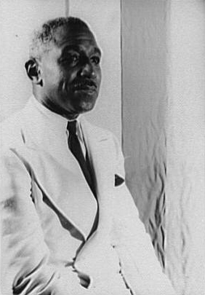 George Schuyler's novel "Black No More" is a satire exploring race relations in which a sanitarium converts African-Americans into white people. (Photo courtesy of the Library of Congress)

When Janelle Monáe hit the popular music scene at the start of the current decade by introducing herself as "Cindi Mayweather" — an alter-ego, suit- and brogues-wearing android — her visage, sound and even the stylized way of her debut seemed unprecedented.

Monáe melded retro with contemporary, femininity with masculinity, science-fi fantasy with socially prescribed identities. In doing so, she explored themes associated with love, imagination, the body, power structures and justice, swiftly gaining notable regard as a cultural icon reimagining identity and politics.

As innovative as Monáe was, and continues to be, her work builds on a multigenerational legacy and movement that draws on science fiction, magical realism, fantasy and black thought to explore the condition of the African diaspora, said Bryan Carter, associate professor in the University of Arizona's Africana Studies Program and a UA Confluencenter for Creative Inquiry advisory board member.

Known as "Afrofuturism," the movement simultaneously calls attention to the persistent social inequity faced by the African diaspora while imagining a different reality and future for black people around the world.

"The science-fiction industry has traditionally ignored people of African descent. Black writers, then, have been able to use this genre to have very different discussions," said Carter, who is currently teaching AFAS 378, or "Afrofuturism and Black Speculative Fiction Through the Ages," in the College of Humanities.

"When you are talking about race, it's one thing to talk about it in a forum just about race. But it is quite different to talk about the 'other' as an alien or advanced AI who is part of the mainstream,” Carter said. "Then, you can explore how that entity or subject is treated. It is through that depiction that many black science-fiction writers are able to interject controversial topics."

Although American author and critic Mark Dery coined the term "Afrofuturism" just over 20 years ago, the concept has been in existence for decades, Carter said.

The movement has been propelled by authors, artists, musicians and others working to carve out space for black thought in the science-fiction industry. Musicians Sun Ra and George Clinton (and his bands Parliament and Funkadelic), and authors such as Octavia E. Butler and Samuel R. Delany, are among them.

"What they were trying to do is to envision alternate spaces where we exist — spaces where they are, in some ways, battling the forces of oppression and violence. It is through this imagination that black science fiction and black speculative fiction arose."

For example, in Monáe's "BaBopByeYa," Cindi Mayweather is about to depart to continue her work toward android independence. Monáe sings: "I see beyond tomorrow / This life of strife and sorrow / My freedom calls and I must go."

In addition to Monáe, Afrofuturism contemporaries include novelist Colson Whitehead, whose 2016 book, "The Underground Railroad," reimagined the historic route of secret trails as an underground subway through a sci-fi lens.

Jamaican-Canadian writer Nalo Hopkinson — her use of spirituality as a literary element is notable, Carter said — draws on Caribbean folklore and Afro-Caribbean culture to explore topics related to class, sexuality and feminism.

In "Black No More," George Schuyler presents a satire, set during the 1930s, to explore race relations, segregation, traditions, self-identity and how people of color are depicted. In the novel, a sanitarium converts black people into white people, leading to a visible decline of the black population.

Forthcoming is Marvel Studios' "Black Panther," a film currently in production and set to have a mostly African and African-American cast and the first leading black superhero, T'Challa/Black Panther.

Even contemporary musical artists such as Beyoncé, Kanye West, Nicki Minaj and Lil Wayne have adopted futuristic themes in some of their works, envisioning outer space locations and the self as alien lifeforms and descendants of more advanced, non-human species.

Carter said Afrofuturism has been met with some controversy. For example, some were angered that John Boyega, a black man, depicted Finn in "Star Wars: The Force Awakens," released in 2015. Also, some fans questioned — presenting a racial issue in 2012 — how Rue and Thresh in "The Hunger Games," played by Amandla Stenberg and Dayo Okeniyi, respectively, could possibly be black.

"We are starting to see some very interesting conversations with to regard to people thinking about black superheroes and their back stories," Carter said.

As such, Afrofuturism is seeing not a re-emergence but a surge in recent years. "What we are seeing now is just an evolution and expansion, or enhancement, of the same messages that try to address disparities," Carter said.

The point, he said, is that Afrofuturism is not an escapist form of literature, music and art — and is it not merely aesthetic. It is, in some respects, a form of activism.

"This is about awareness raising and being able to bring different issues to light. But it is also about being able to address other issues related to representation and the body," Carter said.

"Some individuals may gravitate differently toward things like aliens, which they may find exciting. It allows for these kinds of discussion to be held when people may not even be thinking about race or gender," he said. "So, through Afrofuturism, you will have people who will be able to make certain connections on their own."