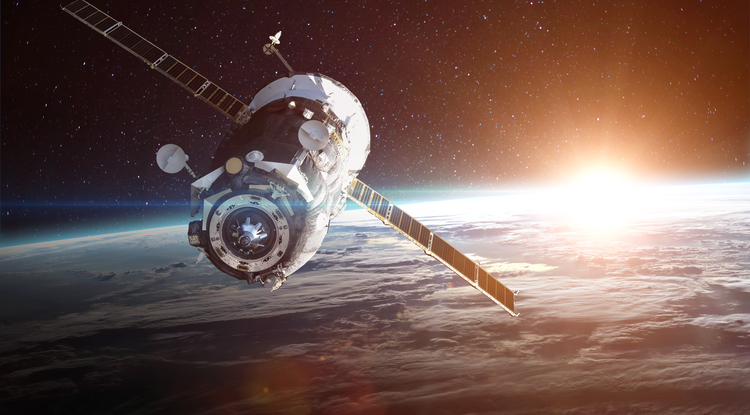 With a total of $6.65 million in new funding, UA experts in space situational awareness are improving the nation's ability to identify and monitor satellites in collaboration with international allies.
Emily Litvack
,
UA Research, Discovery and Innovation
May 8, 2018
Resources for the Media

If we spent 60 years leaving every car that runs out of gas on the side of the highway to rust and crumble, as defunct machinery is wont to do, then our highways would look something like outer space does. Since the Soviet Union flung Sputnik I into low-Earth orbit in 1957, dozens of other countries have sent Earth-orbiting satellites into space with no way to retrieve them when they eventually, inevitably break down.

And, of course, there are no police in space.

Consequently, space is more congested, contested and, in some ways, more dangerous than ever. With a total of $6.65 million in new funding, University of Arizona researchers are working to make space a safer place for our nation's satellites.

As part of the University of Arizona's Cluster Hiring Initiative jointly administered by the provost and the Office of Research, Discovery and Innovation, the UA hired five new faculty members in 2016-2017 with expertise in space situational awareness, or SSA — an emerging research area focused on identifying, characterizing and understanding the behavior of objects in space.

The initiative was dubbed SSA-Arizona, and the idea behind it was to reinforce the UA's existing strength in space science —strength such as managing more than 20 telescopes across the world, contributing to nearly every NASA space exploration mission, discovering more than half of all near-Earth objects and running Steward Observatory, which now uses both optical and radio instruments to characterize objects in space.

The new awards —a $3.3 million cooperative agreement with the Air Force Research Laboratory, a $350,000 award from DARPA, and a $3 million sub-award from Lockheed Martin — collectively represent the first major return on the UA's investment in SSA.

The first of the three awards, from the Air Force Research Laboratory, or AFRL, is designed make it easier for the "Five Eyes" — an international alliance among Australia, Canada, New Zealand, the United Kingdom and the U.S. — to share data and surveil satellites. The project is led by the director of SSA-Arizona, Roberto Furfaro.

With help from Furfaro and a team of UA researchers, AFRL will have a new cyberinfrastructure for collaboration with its Five Eyes allies.

"One part of space situational awareness is trying to find out where things are in space, what their intent is and who are the operators executing that intent," says Vishnu Reddy, an assistant professor of planetary sciences hired in the group of five. "Another issue is managing traffic in space so that things don't hit each other."

The U.S. and its allies are interested in both the national security and environmental aspects of SSA. By leveraging CyVerse, the UA's existing, NSF-funded computational infrastructure to handle huge datasets and complex analyses, they will have what Reddy calls "a digital playground" for collaboration on this front.

"We're going to be able to offer (AFRL) the best possible cyberinfrastructure," Furfaro says. "I think it'll set a new standard for this kind of work. It'll be a collaborative environment where they can seamlessly drop data, make discoveries and acquire knowledge in SSA."

The multimillion-dollar cooperative agreement initially will last for three years, with the potential for further funding thereafter.

Getting Dying Satellites to the Graveyard

The next of the new grants comes from the Department of Defense's Defense Advanced Research Projects Agency, or DARPA. The $350,000, one-year project is led by UA optical scientist Michael Hart.

"Space has become more useful to us as space-based technology develops, and, as a result, it's become rapidly more crowded," Hart says. "Space has become rather full of junk over the last 60 years and it's continuing to get worse, so there's a pressing need to change the way we behave."

One of our most harmful behaviors takes place in the geostationary orbit, or GEO, a little slice of space above the Earth's equator rotating in the same direction as Earth. From Earth, satellites in GEO appear to stand still. Commercial satellites, for uses such as television and GPS, have to be in GEO, so that they have a clear and constant line of sight to your home or car.

For both commercial and government interests, "slots in geostationary orbit are limited, and highly coveted," Hart says.

But satellites go defunct after about 15 years; they can't withstand the toxic solar radiation they encounter for much longer. When they're dead, we have no way of controlling them, so they accumulate as clutter in GEO — literally, wasted space.

The DARPA-funded project is aimed at creating ways to detect a satellite on its way out before it has actually died, so that those who own the satellite have time to direct it to what's called a graveyard orbit — one that is away from common operational orbits such as GEO — before it's too late.

The technology involves measuring vibrations of a satellite that are imprinted on the reflected sunlight that lets us see them.

But because that unique vibration remains constant — there's no sense of speed or wind in space to change it — a technology that carefully monitors even the most minute changes in vibration will help operators recognize when not all is right with their satellite, and send it to a designated graveyard before it is defunct and unresponsive.

The third and final award — a three-year, $3 million contract with Lockheed Martin — is aimed at taking high-resolution photos of satellites in GEO.

"This project is focused on the same kind of problem as the DARPA-funded project," Hart says. "It's about understanding the health, status and behavior of satellites in the geostationary regime."

While measuring changes in vibration "promises to give us very useful information, in some sense, there's nothing better than an honest-to-goodness picture," he says.

But because these satellites are so far away from Earth, taking photos of them is no walk in the park.

The research team led by Hart will develop a small-scale prototype for combining light from several telescopes spread apart from one another and using them to piece together high-resolution images.

Leading the Way in SSA

While there is little precedent for any one of the new projects in the emerging science of SSA, the researchers believe the UA is best suited for the challenge.

"The University should be really proud of the investment it's made in SSA," Reddy says. "This is a really tough nut to crack. It's a huge risk to push for this cluster hire, and this is the first time we're demonstrating major success and that we can do this work collaboratively."

"In this case, the word 'unique' really applies," Hart says. "There's no other university in the world that can match the assemblage of infrastructure and human talent in all things space. We know what it means to operate in space, and it's a very natural arena for the UA to be engaged in."