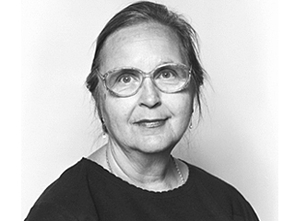 Jane Hill, Regents' Professor of anthropology and linguistics at the University of Arizona, has been awarded the Viking Fund Medal by the Wenner-Gren Foundation for Anthropological Research.

The foundation suspended the award from 1972 until last year. The award includes a gold medallion and a $25,000 cash award.

According to the Wenner-Gren website, "The Viking Fund Medal is given each year to an anthropologist who has achieved real breakthroughs in scholarship, mentored distinguished new researchers, created novel professional institutions, developed new curricula, or some combination of these qualities."

The Wenner-Gren Foundation stated in their announcement of the award, "Professor Hill has made innovative contributions to several areas of research in anthropology, including the historical linguistics of the Uto-Aztecan language family, language contact and multilingualism in the U.S. Southwest and Mexico, and the way in which popular ideas shape the uses of language in communities in the Southwest, especially in the construction of white racism.

Hill, who is currently on sabbatical leave at the Center for Advanced Study in Behavioral Sciences, will receive her award at a reception in New York on October 15.