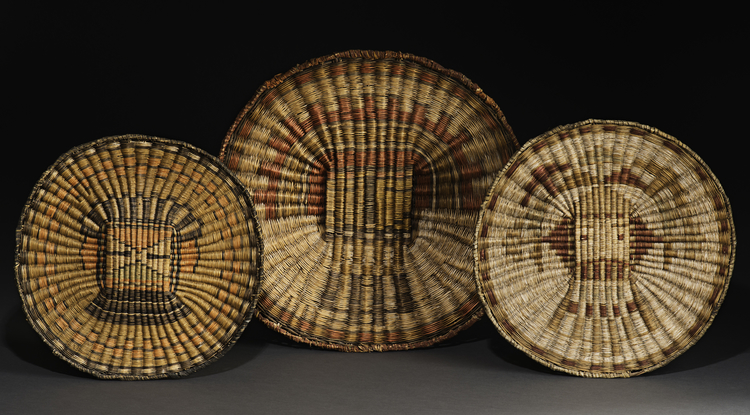 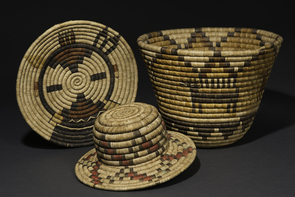 The Arizona State Museum has received a significant donation of 208 Hopi baskets, which further expands the museum's collection of American Indian basketry — known as the world's largest, most comprehensive and best documented assemblage of its kind.

The donation came from Judith W. and Andrew D. Finger, residents of Dallas and Santa Fe, New Mexico, who previously have donated ceramic vessels to ASM.

"The Finger collection is as meticulously documented as it  was lovingly assembled," said Patrick  D. Lyons, director of the Arizona State Museum on the University of Arizona campus. "These baskets are outstanding in terms of  their research and teaching value. Each embodies Hopi  traditions, stories, iconography and technology. At ASM, they will be preserved and made available for the  edification and enjoyment of current and future generations. As a student of Hopi culture myself, I am  thrilled by the possibilities for research, exhibits and public programs."

The 177 wicker, 29 coiled and 3 plaited baskets enhance the museum's existing collection, which was designated an American Treasure and given the moniker "Woven Wonders" in 2006.

"Donated personal collections are the foundation of ASM's more than 4,000 historic and contemporary baskets," said Diane Dittemore, the museum's curator of ethnological collections. "Added to more than 30,000 examples of ancient basketry and fiber art, ASM's holdings are unparalleled. The new arrivals, like most of ASM's collections, are accessible for research, study and exhibit. The Finger Collection enhances ASM's ability to illustrate the many facets and beauty of Hopi culture."

The Fingers first began collecting Hopi baskets in 1988 while vacationing in Santa Fe. They lived in Cleveland then.

"Our first wicker plaque depicted Taawakatsina, Sun Katsina," Judith Finger said. "This piece appealed to us on two levels — the use of faces in art forms has always intrigued us, and the sun image brought welcome warmth to our Cleveland winters. It also introduced us to a world of artistic creativity, fashioned by Hopi basket makers. Wherever we traveled and whenever there was an auction or show, we searched for Hopi wicker plaques. Over the years, with the help of John Kania of the Kania Ferrin Gallery (in) Santa Fe, New Mexico, our collection grew, and we refined its focus, concentrating on plaques with katsina imagery woven roughly a century ago."

Integral to the daily and ceremonial lives of the Hopi, their baskets are among the most appreciated and sought-after art forms of the Southwest. Third Mesa basket weavers are renowned for their wicker work, while Second Mesa basket weavers specialize in coiling. Both techniques can depict katsinam. The katsina religion dates back at least to the 14th century, and aficionados of Native American art are familiar with katsina dolls, the carved representations of Hopi spirit helpers created from cottonwood root.

The Fingers curated a traveling exhibit, in cooperation with the Grace Hudson Museum and Sun House in Ukiah, California, and authored the accompanying book, "Circles of Life: Katsina Imagery in Hopi Basketry." The Arizona State Museum hosted the exhibit in 2009.

"Hopi baskets can be appreciated on many levels," Andrew Finger said. "Viewers can admire them as works of art and marvel at the talents of their makers. They can identify a katsina image and recognize the integral part katsinam play in Hopi life. They can understand the importance of basketry in sustaining Hopi traditions. Through this donation we hope that future generations will always have a window into the Hopi people's rich culture and history."

Topics:
Arts and Humanities
Tags:
The Arts
Share This
Related 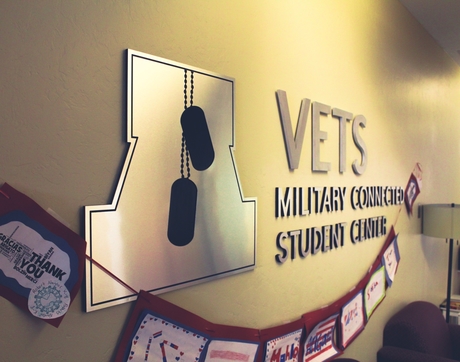