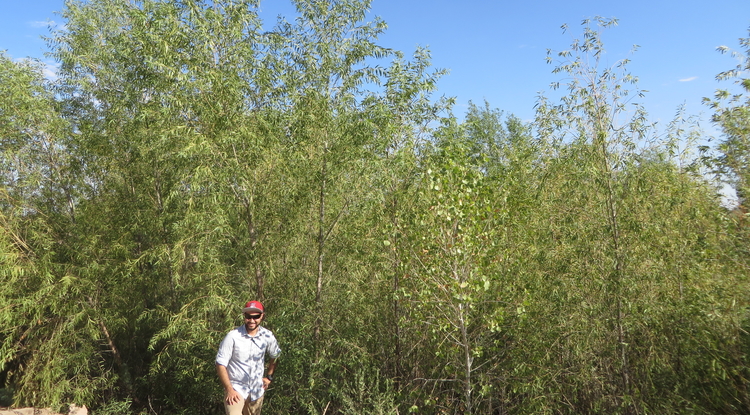 Two growing seasons after the engineered spring flood of 2014, the delta’s birds, plants and groundwater continue to benefit, according to a report by a binational, UA-led team.
Mari N. Jensen
,
UA College of Science
Oct. 19, 2016
Resources for the Media
Extra Info: 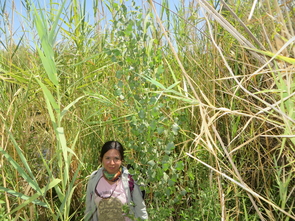 Two growing seasons after the engineered spring flood of the Colorado River Delta in 2014, the delta’s birds, plants and groundwater continue to benefit, according to the latest monitoring report prepared for the International Boundary and Water Commission by a binational, University of Arizona-led team.

"This short-term event has had lasting consequences. This really demonstrates that a little bit of water does a lot of environmental good," said Karl W. Flessa, UA professor of geosciences and co-chief scientist of the Minute 319 monitoring team.

"Some of the cottonwoods that germinated during the initial pulse flow are now more than 10 feet tall," Flessa said.

The "Minute 319 Colorado River Limitrophe and Delta Environmental Flows Monitoring Interim Report," released by the International Boundary and Water Commission, documents the effects of the environmental flows in the delta from the initial release of a pulse of water from March 23 through May 18, 2014, plus subsequent supplemental deliveries of water through December 2015.

Birdlife responded to the post-flood burgeoning of vegetation, and bird diversity is still higher than before, the monitoring team reports. Migratory waterbirds, nesting waterbirds and nesting riparian birds all increased in abundance.

Upstream dams and water diversions for farms and cities in both countries have dried up most of the river south of the border. With the exception of a few wet years, the river has not reached the Gulf of California since 1960.

"This is the first time environmental water has ever been delivered across an international boundary." said Eloise Kendy, a senior freshwater scientist with The Nature Conservancy’s North America Water Program.

"The level of collaboration was really unprecedented — from two national governments to the individual farmers whose irrigation canals were used for some of the water deliveries," she said.

Flessa, Kendy and Karen Schlatter of Sonoran Institute compiled and edited the report on behalf of the binational partnership of many people and federal agencies, universities and non-governmental organizations that monitored the Colorado River Delta under Minute 319.

Some of the water from the pulse flow and subsequent smaller environmental flows recharged the groundwater, which had both ecological and social benefits, Kendy said. The vegetation greened up in areas that received surface water and also in some areas that did not.

"The farmers were happy because it recharged the aquifer they use for groundwater irrigation," Kendy said. "And plants that were outside the inundation zone got a big drink of water."

Before 1960, spring floods regularly roared down the Colorado River, scouring the river bottom and overtopping the bank, thereby creating the conditions necessary for cottonwood and willow trees to germinate and establish.

An invasive plant species known as salt cedar or tamarisk is now the dominant plant along the river. Cottonwoods and willows need bare ground and sunlight to germinate, so they cannot establish themselves on tamarisk-covered riverbanks, said Schlatter, a restoration ecologist of the Sonoran Institute’s Colorado River Delta Program.

The March 2014 pulse flow delivered a fraction of the water the pre-1960 spring floods delivered. People from Sonoran Institute and Pronatura Noroeste cleared some areas of non-native vegetation beforehand. The researchers hoped that reducing competition would allow native plants such as willows and cottonwoods to germinate and grow after the pulse flow.

"We mechanically cleared the tamarisk vegetation from the riverbank and old oxbows," Schlatter said. "We reconnected the meanders to the main river channels so when the pulse flow came there were these nice backwater areas where the conditions were good for the establishment of native trees."

Now in those restoration areas, cottonwood and willow seeds that germinated after the pulse flow have become trees 3 to 4 meters tall (10 to 13 feet), and bird diversity and abundance has increased, she said.

"Now we have diverse habitat types, including lagoons, cottonwoods-willow forest, mesquite bosque and marshes," she said. "We are seeing a much higher diversity of riparian bird species in the restoration sites compared to other areas along the river."

The abundance of 19 bird species of conservation concern, including vermillion flycatchers, hooded orioles and yellow-breasted chats, was 43 percent higher at the restoration sites than at other sites in the floodplain, the monitoring team found.

In addition, the pulse flow reduced soil salinity in some areas that had been targeted for restoration, Schlatter said. "We didn't expect that — it is a huge bonus."

If there's another pulse flow, she suggests mechanically clearing tamarisk and other non-native vegetation from the river's bank.

"We're not going to get a huge flood on the Colorado River anymore," Schlatter said. "If the flood isn't going to provide the same ecological processes floods did in the past, we will have to have active management."

The International Boundary and Water Commission in El Paso, Texas, funded the UA portion of the Minute 319 monitoring program.

The Minute 319 monitoring team includes more than 21 scientists from universities, government agencies and nongovernmental organizations from both Mexico and the U.S., including El Colegio de la Frontera Norte, the Ensenada-based Pronatura Noroeste, The Nature Conservancy, the Tucson-based Sonoran Institute, the Universidad Autónoma de Baja California, the University of Arizona, the U.S. Geological Survey and the U.S. Bureau of Reclamation.