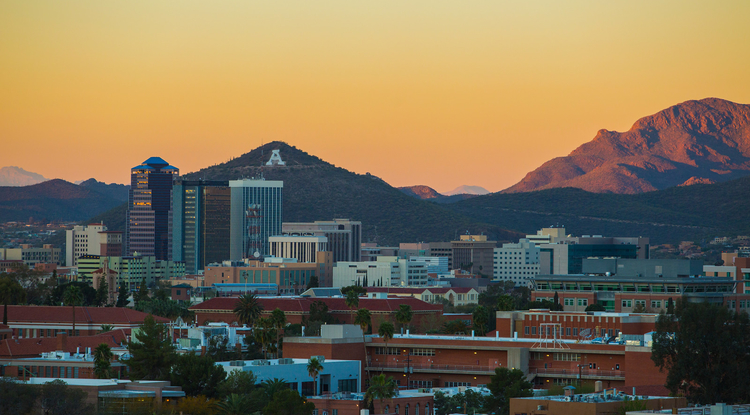 Nine students in the fine arts, humanities, and social and behavioral sciences have been chosen for the Confluencenter for Creative Inquiry's 2016-2017 Graduate Fellowships at the University of Arizona.

The center's fellowships are $5,000 awards provided to graduate students, helping each student toward the completion of a creative, innovative research project over the academic year. During the award period, fellows interact with an interdisciplinary cohort of grantees, receive professional development support and have opportunities to present their research to diverse audiences.

"We are honored to help support the innovative work of excellent graduate students as they generate new knowledge in their respective fields," said Javier Durán, directof of the Confluencenter.

"We are proud of the fact that our 2016-2017 graduate fellows are advancing research in social justice, inequality, climate change, art, culture, music, queer studies, language and other areas," Durán said.

The fellows and their projects:

Sonia Arellano, a doctoral student in the Department of English, is investigating how migrant quilt projects raise awareness about migrant deaths in the Tucson community for the "Activist Quilters & the Migrant Quilt Project."

Elizabeth Bentley, a doctoral student in the Department of English, is working to create a social-justice-oriented, arts-based project involving shared artworks by Israeli and Palestinian youth. The project, "Remixing Youth Visions, Reimagining Coalitional Futures: Arts-Based Inquiry as a Participatory Practice for Just Peace in Israel/Palestine," envisions peace across differences.

Dongchen Hou, a doctoral student in the Department of East Asian Studies, is studying Chinese writing's figural appearance and its gestural significance and embodiments in media. Hou's project, "From Brush-Tips to Machine Arms: Mapping Chinese Writing's Figural Appearance in Media," argues that the human body can be a place where relations among writing systems and cultural knowledge intersect.

Emrah Karakus, a doctoral student in the Department of Gender and Women's Studies, is exploring the effects of urban transformations on queer communities in Turkey for the "Unruly Archives: Historicizing the Experiences of Queer Communities During Urban Transformation in Turkey" project.

Alex Karaman, also a doctoral student of gender and women's studies, will investigate the connections between hip-hop music production and listenership and Palestinian identity formation for "Identity Formation and Hip-Hop Music in Modern Palestine."

Elizabeth Kinnamon, another doctoral student of gender and women's studies, is examining how the Buddhist-inspired practice of mindfulness has impacted the Silicon Valley tech industry for her project, "Meditechion: Mindfulness and Technology in the San Francisco Bay Area."

Jonathan Marquis, a Master of Fine Arts student, relies on firsthand observations and interactions with field experts on a project fostering discourse between abstract climate data and a perceptual, empathetic sense of agency within wild, glacial places. His project, "Like a Glacier," will be a multimedia art exhibition that situates scientific, data-driven climate discussions into the experience of being in glaciated wilderness areas.

Maria Montenegro, a doctoral student in the Department of Spanish and Portuguese, is examining the relationship between drugs and oil as goods that supply consumer lifestyles in Mexico and the U.S., and also as substances that characterize U.S.-Mexico relations. Her research project is titled "The Petro-Narcosphere: Cultural Narratives of Oil and Drugs in the U.S.-Mexico Border."

Christian Ruvalcaba, a doctoral student in second-language acquisition and teaching, one of the UA's Graduate Interdisciplinary Programs, is mapping locations where native speakers of foreign and American Indian languages work and gather in Tucson in order to encourage the unity and growth of minority language communities for "The Language Capital Project."