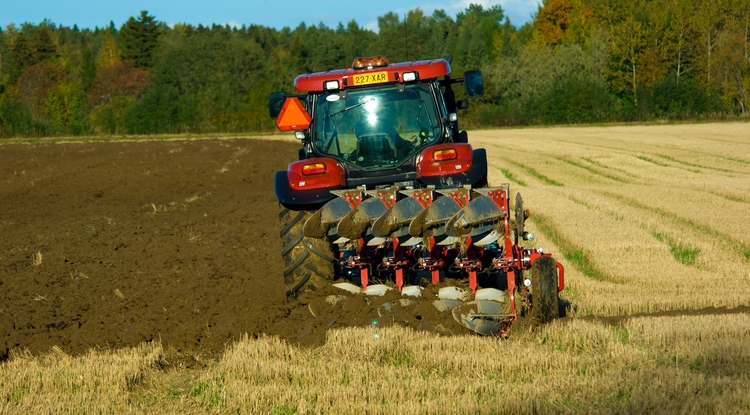 The theory that rain follows the plow was first used to entice people to settle in the Southern Great Plains. Subsequent research has tried to debunk the myth, though a consensus has never been reached.

There are many factors that play a role in whether or not it rains, and research from the University of Arizona shows that human activity such as cultivating agricultural fields may be one of them.
Martha Retallick
,
University Communications
Aug. 8, 2018
Resources for the Media 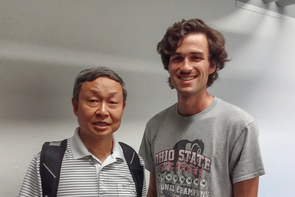 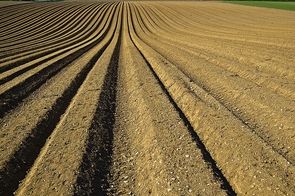 Moisture, such as from soil, is one of three ingredients necessary to create rain. Also needed are an upward motion of air from the earth’s surface into cooler parts of the upper atmosphere, which drier soils are good at facilitating, and a source of water vapor. 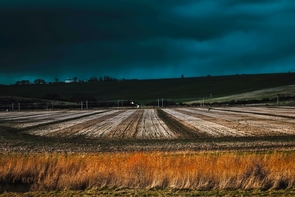 Welty and Zeng's research showed that morning soil moisture can affect afternoon rain accumulations over the Southern Great Plains during the warm season, and the impact differs based on atmospheric conditions

What makes it rain? Many people joke it only takes washing the car or forgetting an umbrella to make rain fall, though in reality, those things are two of many rain-making myths that have been perpetuated throughout the years.

In the 19th century, the "rain follows the plow" myth was used to justify settlement of the Great Plains. The cultivation of semi-arid to arid land was said to increase rainfall by moistening the soil and humidifying the atmosphere. Subsequent research debunked the myth, though large discrepancies still existed between model representations and actual observations.

Enter Josh Welty, a University of Arizona doctoral student in the Department of Hydrology and Atmospheric Sciences, and his thesis advisor Xubin Zeng, Agnese N. Haury Endowed Chair in Environment and director of the UA Climate Dynamics and Hydrometeorology Center and Land-Atmosphere-Ocean Interaction Group.

"In addition to, and partly motivated by, the 'rain follows the plow' myth, many scientific papers have been published with conflicting results: wet soil would increase, decrease or not change precipitation in different papers. Our goal was to resolve this controversy," Zeng said.

Welty and Zeng based their research on open-source data gathered at the U.S. Department of Energy’s Southern Great Plains (SGP) atmospheric observatory in northern Oklahoma and southern Kansas. Using data collected during the warm season – June to September – from 2002 to 2011, they examined the relationship between morning soil moisture and afternoon rainfall accumulations over the Southern Great Plains.

There are three ingredients necessary to create rain, Zeng said, and moisture – from atmospheric humidity, plants, bodies of water or soil – is one of them. Also needed are an upward motion of air from the earth’s surface into cooler parts of the upper atmosphere, which drier soils are good at facilitating, and a source of water vapor.

"The dry soils that enhance afternoon rain are acting like conveyor belts for warm air that's being sent into the upper atmosphere," Zeng said. "Combine that upward motion with moisture and a water vapor source, and the result is afternoon rain."

Conversely, when atmospheric conditions are bringing moisture to the region, it acts as a source of water vapor, which, when added to the upward motion of air, produces rain.

Their findings suggest that land surface changes in response to both climate and human activity could be significant.

Zeng, whose research specialties include climate modeling, land-atmosphere-ocean interface processes and hydrometeorology, noted the ideas developed during the study could be further used for "global analysis based on NASA satellite measurements and climate models."

"While the current focus is soil moisture impacts on rain over the Southern Great Plains, there is exciting potential for global analysis," Welty added. "Soil moisture effects on afternoon rain over other regions may be more thoroughly understood by accounting for how much water vapor the wind brings on a daily basis."

The results of the study also carry implications for water resource management at a time when water availability is a growing concern in many parts of the central and western United States. While washing the car probably won't help make it rain, cultivating the soil and changing soil moisture under the right conditions could.

The paper "Does soil moisture affect warm season precipitation over the Southern Great Plains?" was recently published in the journal Geophysical Research Letters.