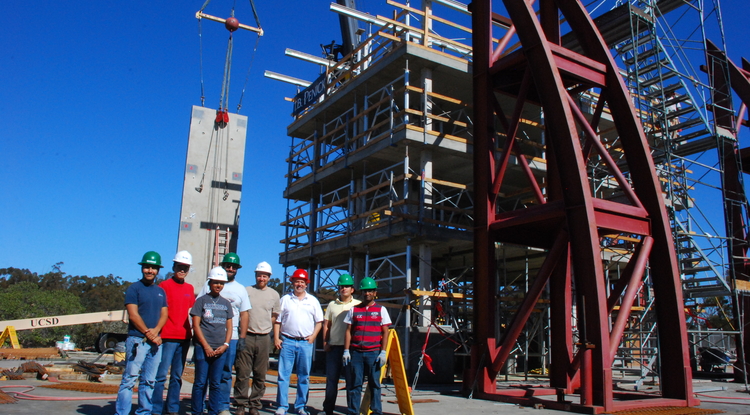 UA researchers and collaborators have turned their attention to lateral force transfer, to design buildings that can better withstand seismic forces.
Emily Dieckman
,
UA College of Engineering
Jan. 26, 2018
Resources for the Media 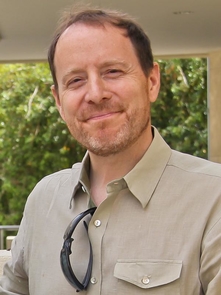 An award-winning team of researchers at the University of Arizona and partnering universities is working to develop buildings that will not collapse under the force of major earthquakes, such as last year's 7.1-magnitude quake in central Mexico and 7.3-magnitude quake near the Iran-Iraq border. The two earthquakes were the deadliest of 2017, killing approximately 900 people combined, flattening hundreds of buildings and leaving tens of thousands of people homeless.

The UA-led team is turning its attention from vertical to horizontal transfer of forces by examining a less-explored, but critically important, piece of the seismic puzzle: steel collectors. These reinforcements in concrete floor slabs, or in special beams below them, are responsible for horizontally transferring earthquake forces.

Research into seismic building safety traditionally has focused on walls and braces, which form a downward load path to transfer seismic forces through a building's foundation and into the ground.

"You can't out-strength an earthquake, so you actually put fuses — the equivalent of a fuse in your fuse box, a structural fuse — in your frame or wall," explained Robert Fleischman, UA professor of civil engineering and engineering mechanics, and principal investigator for the project.

The network of structural fuses is responsible for vertical force transfer. But, as anyone who has ever stood in the middle of a room during an earthquake knows, the frames and walls of a building aren't the only parts affected by seismic forces; the floor also is affected. Forces cannot be transferred vertically from walls and braces to the earth unless the steel collectors first transfer those forces horizontally from the floor to the fuses in the walls and braces.

"It would be like if you live a mile from the train station and your train is on time, but you hadn't scheduled a cab to get you to the train station," Fleischman said. "It doesn't matter that the train is going to get there on time — you’re going to miss the train."

This is the third collaboration for the UA, Lehigh University and the University of California, San Diego. The first project, which was completed in 2010, won multiple awards for its development of safe designs for floor diaphragms in precast concrete buildings, and it led to changes in the federal building code.

The second project examined how to connect floors and walls in a way that lets them separate slightly during an earthquake — "to kind of do a dance," Fleischman said — rather than build up large forces. The research resulted in a new method for designing earthquake-resistant buildings.

Chia-Ming Uang of UCSD and James Ricles and Richard Sause of Lehigh are co-principal investigators on the project, "Advancing Knowledge on the Performance of Seismic Collectors in Steel Building Structures." The multi-university team was awarded a National Science Foundation grant of approximately $800,000 last August to fund the research.

There's a reason the three universities have continued working together. Lehigh has the largest structures lab in the United States, and UCSD is home to an outdoor shake table, the nation's largest. The shake table, with a movable platform driven by pressurized oil, simulates earthquake conditions on structures. But running a test on a shake platform costs hundreds of thousands of dollars. It's impractical to simply build a structure on the shake table and see what happens.

Instead, UA researchers, including structural engineering students, run computer simulations to develop the best possible model for the actual shake table test. This provides trial-and-error benefits without the cost of testing physical structures.

"Every day, our students can do a quarter-of-a-million-dollar test," Fleischman said. "Arizona is leading it. We are making the decisions on scope, we are driving the main intellectual thrust, and we are doing the computer simulations."

The shake table test will either confirm the validity of researchers' models or help the team calibrate future models. When computer simulations match results of shake table tests, industry leaders become more confident in models as a source of data for building safer structures.

Doctoral student Anshul Agarwal said he runs up to 50 simulations in a day, adjusting variables such as building height, foundation shape and beam size to create a structure where collectors can do their job most effectively. Undergraduate engineering students Yen Do, Gilberto Duran and Joseph Moya are set to join the team as undergraduate researchers soon.

Master's student Daniel Lizarraga, who worked on the project with the "dancing" floors and walls during his undergraduate years at the UA, said, "When there's an earthquake, you have these systems that are designed to resist the lateral forces. The steel collector has to be strong enough to transfer those forces to these systems."

Agarwal completed his undergraduate degree in India. In 2001, the Bhuj earthquake hit, killing more than 20,000 people and destroying approximately 339,000 buildings. Seeing the aftermath of the tragedy inspired him to come to the UA to study structural engineering.

Aside from gaining experience with high-end computer software, students working on the project have had opportunities to travel and meet with leading earthquake engineers, design consultants and steel industry representatives. Their research isn't confined to the theoretical or the abstract. In fact, they hope to see the same successes as past UA/UCSD/Lehigh collaborations, which have led to improved building code.

"I am really proud to be working on this project, because we are not just doing something that is going to be our thesis or papers," Agarwal said. "This is something that will make people's lives better."