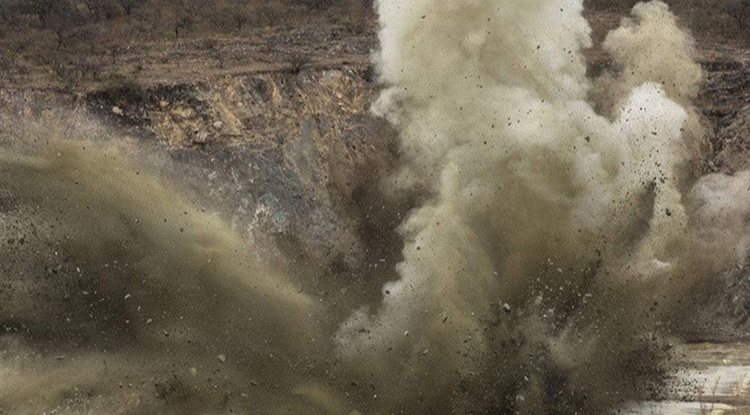 A UA-led team of engineers and scientists are researching new methods, including "magic" microbes and chemical processes, to remove insensitive high explosives from soil and water.
Emily Dieckman
,
UA College of Engineering
June 5, 2019
Resources for the Media 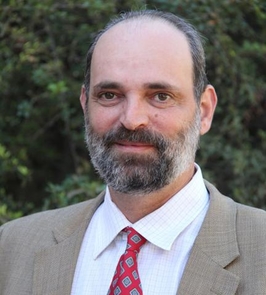 The U.S. military is planning to use new forms of explosives compounds that can't be detonated accidentally. But there's a downside: Scientists don't know much about how these insensitive high explosives might affect human health and the environment, and removing them from soil and water is difficult.

A University of Arizona-led team headed by chemical and environmental engineering professor Jim Field is working to make the removal process simpler with two methods, one involving chemical reactions and another using microbes that feed on contaminants. The research is funded with two grants from the U.S. Department of Defense's Strategic Environmental Research and Development Program – one for just over $1.1 million and one for just under $678,000.

"We've been working on this for many years, so we have a lot of insight into the things that are going to work," said Field, who is also affiliated with the UA Institute of the Environment. "We're fortunate to have received funding for the ideas we've been developing for over a decade."

One of the two major types of insensitive high explosives compounds, or IHEs, is 2,4-dinitroanisole, which is known as DNAN. It is somewhat similar to toxic TNT in that it can easily adsorb, or "stick," to soil. The other is 3-nitro-1,2,4-triazol-5-one, or NTO, which is very mobile in the subsoil and can easily spread and contaminate water supplies or the soil. The biodegradation of NTO is not well understood.

To remove NTO from water and transform it into safe end products, researchers are using a series of chemical processes. First, a material called zero-valent iron changes NTO to 3-amino-1,2,4-triazol-5-one, or ATO. But since scientists also don't know enough about ATO to consider it safe, a second step uses the manganese-containing mineral birnessite to change ATO into urea, nitrogen and carbon dioxide, which are environmentally benign.

"The Army already has experience using zero-valent iron to clean up industrial chemical chlorinated solvents, so it's not such a radical step to use it for this new application," Field said. "But this is the first time using it for IHEs."

The process involves pumping water through a large cylinder filled with a mixture of sand and zero-valent iron, and then through a compartment of birnessite-coated sand. The team is aiming to accomplish each step in five minutes or less, making this technique, which could also potentially be used to remove DNAN and other contaminants from water, a game changer for groundwater remediation.

In a second method, the researchers are developing a sustainable biodegradation process to turn DNAN and NTO into harmless inorganic compounds. Key to the process are "magic microorganisms" that feed on IHEs and produce environmentally benign waste products, such as carbon dioxide and ammonium. Because oxygen, water and the explosives themselves are all the microorganisms need to survive, it could take just one treatment to rid a site of contaminants. The microorganisms will survive, reproduce and continue eliminating contaminants for as long as the IHEs are present.

"This is important because the last thing you want to do is step repeatedly onto a firing range that has a combination of legacy munitions and new IHEs and aggravate the soil," Field said. "You want to have the most nonintrusive method possible."

Working on the projects with Field: are John Chorover, head of the Department of Soil, Water and Environmental Science, part of the College of Agriculture and Life Sciences; Reyes Sierra-Alvarez, a chemical and environmental engineering professor; and Robert Root, a research assistant professor in soil, water and environmental science. Researchers from the University of West Florida, Oklahoma State University and Georgia Tech are contributing, as well.

The team is taking steps to ensure the processes transfer effectively from the lab to the field and that they don't interfere with existing methods of removing other explosives contaminants. They are forming a committee of U.S. Department of Defense training and firing range site managers, and scientists and engineers working on environmental restoration and remediation technologies. The committee will evaluate the projects within the first year.

"The purpose of the committee is to get feedback from people who work in practice, so if we propose something, they could say, 'That would never work at our site because of such and such,'" Field said. "The people responsible for the ultimate application will be around the table to help us think through and develop the technology."

"With any new technology, it is paramount to consider the potential for negative effects to the environment," said UA President Robert C. Robbins. "Dr. Field and his colleagues are recognized nationally for their expertise in this area and share credit for the UA's standing as a world leader in water resources research. I look forward to following their progress in developing methods to ensure that this new technology creates minimal impact on water and soil."

Earlier this year, Sierra was awarded a $1.2 million grant by the U.S. Department of Defense's Strategic Environmental Research and Development Program to develop a new method for removing PFAS contaminants from groundwater. PFAS are manmade chemicals known to cause a wide array of negative health effects. Field and Chorover are co-principal investigators on that grant.