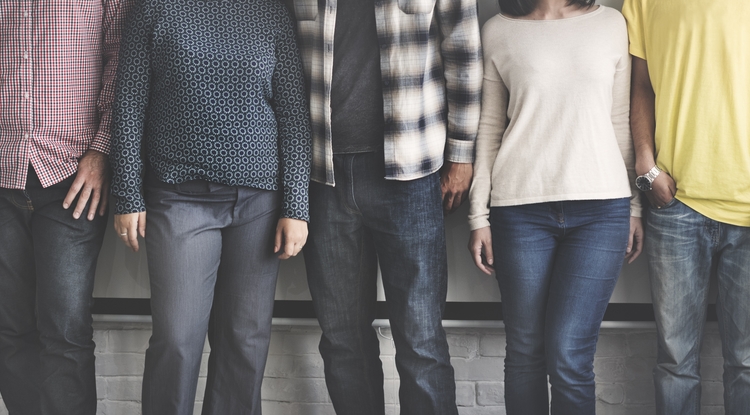 Exploring the Negative Consequences of Stereotyping

Social mythologies, like the old saw that "white men can't jump," may in fact have some negative consequences for those being stereotyped. And even if the majority of people do not openly endorse these negative beliefs, recent research suggests that just the mere awareness of these stereotypes can have negative consequences for individuals who are targeted by them, according to two social psychologists at the University of Arizona in Tucson.

Toni Schmader, an assistant professor in the UA psychology department, and Jeff Stone, an associate professor in that department, have conducted several controlled laboratory experiments that examine a phenomenon known as "stereotype threat." Their research helps not only to explain how this mechanism works, but also that strategies can be developed to overcome it.

Stereotype threat, a term coined by Stanford Professor Claude Steele, occurs when individuals whose group is targeted by negative stereotypes try to excel at tasks that are related to the stereotype. In these situations, simply knowing that there is a stereotype against them (a stereotype that says they should perform poorly on a particular task) can lead individuals to actually perform more poorly on the task than they otherwise would.

At the University of Arizona, Toni Schmader has been working to identify the basic cognitive process by which these effects occur. In a recent paper in the Journal of Personality and Social Psychology, Schmader and UA graduate student Michael Johns reported the results of several studies showing that college women score lower on tests of mathematical ability, and Hispanic students might score lower on tests of intelligence, not because they have less ability, but because reminders of negative stereotypes temporarily decrease their "working memory capacity."

Because working memory capacity is integral to concentrating attention on a task, these decreases in working memory capacity interfere with the ability to solve complex problems like the ones found on most standardized tests. Remove any reminder of negative stereotypes, and these individuals perform equally to the students who don't belong to a negatively stereotype group.

Research on stereotype threat has important implications for how standardized test scores are interpreted. Researchers have long tried to understand the basis for the gender gap in math scores and the racial and ethnic group differences on other types of standardized tests. Stereotype threat research suggests that such differences could stem from the mere existence of social stereotypes and not from group differences in actual ability.

This raises another question: what can be done to reduce or even eliminate the pernicious effects of negative stereotype on test performance. Preliminary findings from a study that Schmader and her students are currently conducting might suggest one solution. Schmader and her group have found that teaching women about stereotype threat and its potential negative effects on test performance might actually arm women with a means of diffusing the threat. The researchers theorize that if women know that any extra anxiety they feel while taking the test could be due to stereotype threat effects and does not suggest that they lack ability, they can reinterpret that anxiety in a way that does not interfere with their performance.

In collaboration with Princeton University Professor John Darley and with students Christian Lynch and Mike Sjmoeling, Stone and his research team have found that both black and white athletes performed well on a laboratory golf task in a control condition where nothing was done to remind them about racial stereotypes. However, when performance on the task was linked to "sports intelligence," blacks performed more poorly than whites. But when performance was linked to "natural athletic ability," whites performed more poorly than blacks.

Why did these students seem to perform in ways that are consistent with the stereotype? Other results from these studies, published in the Journal of Personality and Social Psychology in 1999, suggested that when students thought the task pertained to the negative stereotype about their racial group, they had lower expectations about how they would perform on the task and were more distracted by other thoughts. These factors partially accounted for their poorer overall performance.

In research published in 2002 in "Personality and Social Psychology Bulletin," Stone reported that White athletes might try to cope with stereotype threat by self-handicapping their performance. In other words, when they believe that a task assesses their natural athletic ability, they practice less ahead of time. These findings imply that stereotype threat processes may begin before people start to struggle on a difficult test; just the mention of a negative stereotype in a performance situation can motivate people to use defensive behaviors that help them avoid the negative characterization.

It is important to note that participants in all of these studies never report a conscious awareness that their performance might be impacted by their mere awareness of negative stereotypes. Nevertheless, the results of these controlled experiments show that these effects do occur. Research also reveals that the individuals who are most susceptible to these effects are those who are likely to be the most motivated to do well and most interested in maintaining a positive image of their group.

For example, in Stone's studies, only white athletes who see sports as important to their self-worth show stereotype threat effects on their athletic performance and in Schmader's research, women who see their gender as an important part of their identity show the largest stereotype threat effects on their math test performance. Of course, all of these findings imply that the subtle effects that stereotypes can have on performance will only perpetuate the perception of group differences in ability.

However, these two researchers believe that the key to dismantling stereotype threat may be increased awareness that this phenomenon exists, not only among those who are targeted by the effects but also by those who interpret their performance scores.