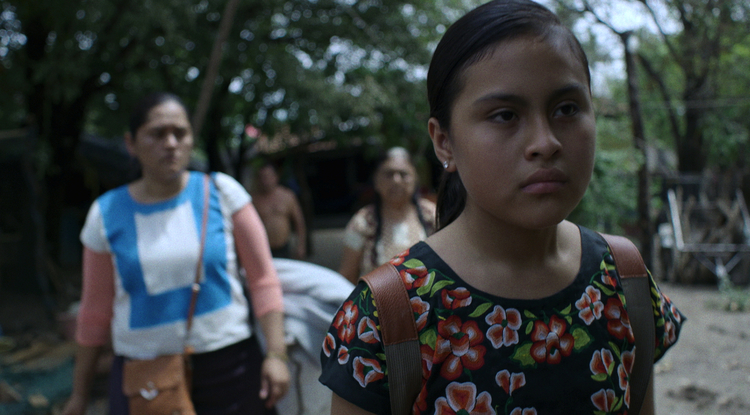 Among the films featured at Tucson Cine Mexico this year is "Guie'dani's Navel," directed by Xavi Sala, which will have its Arizona premiere on March 29. Sótera Cruz (right) stars in the film, which follows a young girl who moves from her Oaxacan village to Mexico City when her mother takes a job as a live-in maid for a wealthy family.

A free opening night party for the festival will be held at the Tucson Museum of Art from 6-9 p.m. on March 27. 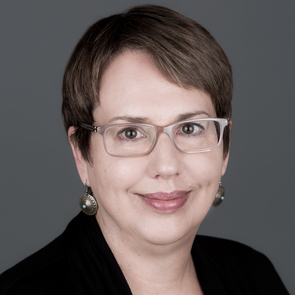 Tucson Cine Mexico, the longest-running festival of Mexican cinema in the United States, will feature free screenings of seven Spanish-language films, with English subtitles, as well as discussions with Mexican filmmakers.

Now in its 16th year, the festival runs March 27-31 and is co-hosted by New York-based Cinema Tropical and the Hanson FilmTV Institute in the University of Arizona College of Fine Arts.

"Tucson Cine Mexico brings together filmmakers and community members, connects critical work to U.S. audiences, and even boosts the local economy –  all through the power of storytelling," said Andrew Schulz, UA vice president for the arts and dean of the College of Fine Arts. "The festival is a wonderful way to experience the contemporary art and culture of Mexico. The College of Fine Arts, in which the Hanson FilmTV Institute resides, is proud to showcase the value of film as an artistic endeavor and to celebrate the exceptional quality of films being produced by our neighbors to the south."

Tucson Cine Mexico is a signature event of the Hanson FilmTV Institutue, which works year-round in partnership with the UA School of Theatre, Film and Television and local, national and international organizations to produce educational programs, public events, creative projects and professional development opportunities for UA students, faculty and filmmakers.

The festival is produced with help from Hanson FilmTV Institute interns and students from the School of Theatre, Film and Television and Department of Spanish and Portuguese, who get the opportunity to learn various aspects of programming, promotion and event management.

The festival's films, which are screened at the UA and around Tucson, represent a variety of genres and styles.

"We are open to box office hits in Mexico and small films that do not have U.S. distribution," said Vicky Westover, director of the Hanson FilmTV Institutue. "We emphasize directorial debuts and Arizona premieres, and occasionally present U.S. premieres. We are always looking for work by women and films by or about indigenous people to present a more varied look at Mexican culture."

UANews caught up with Westover to learn more about the festival and its significance to the UA and the greater Tucson community.

Q: What is the primary goal of the festival?
A: Tucson Cine Mexico has become a vital platform for Mexican cinema in the United States and a bridge between Mexican filmmakers and U.S. audiences. For many filmmakers who participate at the festival, their film screening at Tucson Cine Mexico marks the first time it will be seen by an audience based in the U.S. Sometimes it is the only time their film is seen by a U.S. audience; some of the films we screen are not available for viewing after the film festival. Tucson Cine Mexico was the first and is now the longest-running film festival in the United States to present Mexican films and filmmakers. We aim to continue to present a selection of the best contemporary Mexican films each year and bring them to an ever wider audience.

Q: Who attends the festival?
A: Audience members are diverse in regards to race, ethnicity, gender, socioeconomic status and age. Most film festivals in the United States draw an older, predominantly Anglo audience. According to our audience surveys, approximately 65 percent self-identify as Latino/a. All promotional materials for the festival are in both English and Spanish. The Q&As with the guest filmmakers are conducted in Spanish and English. Some of our audience members have been attending for years, and new audience members join each year. Our guest filmmakers enjoy our diverse audiences. They often remark that our audiences are more diverse than the ones who see their films in Mexico.

Q: Why is it so important to recognize these films and filmmakers?
A: Over the past few years, there have been waves of exceptional new filmmakers from Mexico. Beyond the now-household names of Alejandro González Iñárritu, Alfonso Cuarón and Guillermo del Toro, there's an exciting generation of young filmmakers from different regions in the country who are drastically changing how Mexicans see and represent themselves on the big screen and challenging traditional notions of Mexican culture and identity. The exciting wave heralded by films such as "Amores Perros" and "Y Tu Mama Tambien" has given way to a strong body of work, making Mexico an international and exciting player in world cinema. Few of these films make it to Tucson, yet there is an audience hungry to see them.

Q: What makes the festival so significant for the UA and broader Tucson community?
A: Tucson has a vibrant Mexican American community and is only 60 miles from the Mexican border. Mexico is Tucson's neighbor. The Hispanic population in Tucson is around 42 percent. Diverse citizens of Arizona are interested in Mexican culture and study Spanish and want to learn about Mexican history and culture. Spanish speakers appreciate watching films in the Spanish language. Citizens of Mexican heritage are eager to see their culture represented on the big screen and to see films made by Mexican filmmakers along with mainstream movies produced by the American film industry. The University of Arizona is a land-grant university, charged with serving the community. The University of Arizona recently earned the designation of Hispanic Serving Institution. Tucson Cine Mexico is one way that the university serves a Hispanic population. There is no other university in the United States that offers an annual festival of Mexican cinema. For all these reasons, Tucson is a perfect location for a film festival celebrating the work of Mexican filmmakers.