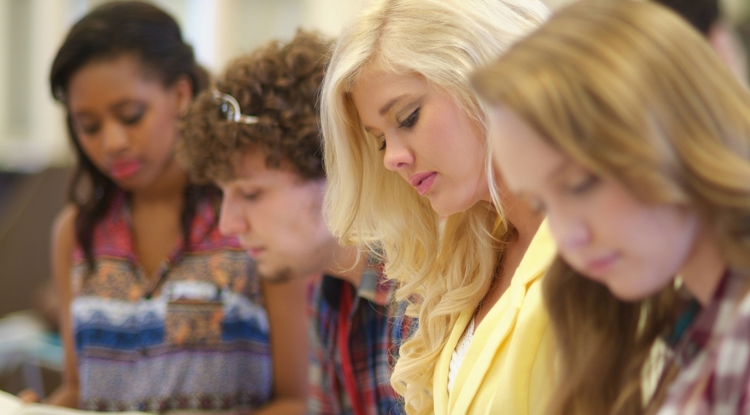 "With the soaring costs of higher education, their main concerns are being $100,000 in debt with a job that only pays $30,000. Colleges need to start making the case that education is going to be worth the money they are spending," Corey Seemiller says about Generation Z. 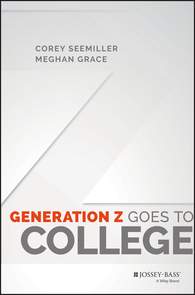 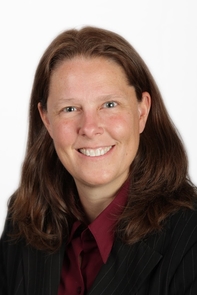 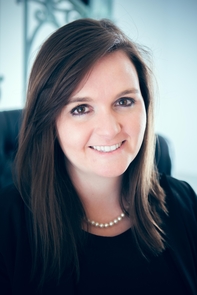 The higher-education sector had begun to make technological and teaching adjustments based on the demands of the tech-savvy millennial generation — and now comes a new crop, Generation Z.

University of Arizona alumni Corey Seemiller and Meghan Grace have just published results from a nationwide study on the educational motivations and learning styles of Generation Z, also called Net Generation and iGeneration, whose members were born between 1995 and 2010.

In the co-authored book, "Generation Z Goes to College," published this month by Jossey-Bass, Seemiller and Grace detail that while millennials and Generation Z share certain things in common, understanding what makes them dissimilar is important for colleges and universities.

"Every generation will have its passions, its distrust of authority and differing relationships with parents," said Seemiller, a Gen Xer who earned her doctorate from the UA Center for the Study of Higher Education.

"What's interesting when we do research is that we are able to see the differences in motivations in what these different generations care about and how they see the world," said Seemiller, now an assistant professor of leadership studies at Wright State University. "The best thing we can then do is to glean an understanding of differences, and appreciate those differences."

"Not only is this valuable for higher-education professionals as they seek to create the most engaging learning environments, it is imperative for college employers as they recruit and retain the workforce that will shape the future," Eileen McGarry, the UA's executive director of Career Services & Student Engagement, said in response to the book.

Seemiller and Grace detail that Generation Z members recently have begun entering the nation's colleges and universities and now make up about one-third of the U.S. population. It is believed that Generation Z is the last in America in which whites will be the majority population.

"There is so much buzz around millennials, but Generation Z is such a fascinating group of students," said Grace, who earned a master's from the Center for the Study of Higher Education and is now the Sigma Phi Epsilon fraternity's new-member orientation director.

"Generation Z and millennials are closest in age in terms of social influence, and they do have similarities, but they do have differences," Grace said. "A lot of those differences come down to the generation that raised them, and what influence that had on them, which informs their transition into adulthood."

Seemiller and Grace explained that while millennials are generally optimistic, prefer to share their thoughts and experiences and are more likely to believe in the American Dream, Generation Z members often are more realistic about their lives and futures, prefer to follow and consider their parents as important role models.

Also among the most significant differences between the social framing powers shaping the perceptions of millennials and Generation Z is that those from the latter generation grew up during one of the most significant recessions on record, are keenly aware of rising higher-education costs and have had a lifetime of unparalleled access to digital and online resources.

'Grounded in a Sense of Reality'

"Millennials were raised during a budget surplus and tend to be optimistic and hopeful. Generation Z is a lot more pragmatic and down to earth," Seemiller said. "Generation Z is a little more cautious when thinking about how everything is going to be great because they have been grounded in a sense of reality by their parents, who are by and large Generation Xers who have been deemed cynical rebels in some ways."

Seemiller and Grace said they set out on the study hoping to help higher-education administrators, faculty members and practitioners to identify and maximize the educational impact on Generation Z students.

Among their recommendations, Seemiller and Grace call on colleges and universities to consider using informational videos in educational ways and to encourage flipping classrooms for more practical and applied learning.

Seemiller and Grace also found that while about 33 percent of Generation Z students surveyed intended to volunteer during college, nearly half want to start their own business one day (with nearly 40 percent envisioning that they would create a life-changing invention), opening up the definition of service to more than just short-term volunteering.

Thus, the researchers said campuses must expand experiential learning and real-world application opportunities and more clearly tie learning outcomes to workforce value. Part of the emphasis should be on reimagining volunteerism and service learning, Seemiller said, noting that institutions could more readily be helping Generation Z to create inventions and launch businesses.

"We should capitalize on their passion and engagement because many see higher education as a steppingstone for their careers," Seemiller said. "Generation Z wants to address the root cause. Students don't want these one-time experiences where they just go on a service trip addressing symptoms of a larger issue. They want to do something they are passionate about and that will make a long-term difference."

Seemiller and Grace also encouraged faculty members to figures out ways to encourage independent, self-paced learning, but not at the expense of facilitated learning. While Generation Z members are the true digital natives, they place huge emphasis and value on face-to-face interaction, Seemiller said. Also, faculty are encouraged to better incorporate mobile technologies and devices in the classroom and as part of the engagement process.

"They are forward thinking and realistic — they know a job is not promised," Grace said. "So making sure that career preparedness is happening before their junior and senior years — and what they are learning will translate into helping them beyond the classroom — is important."