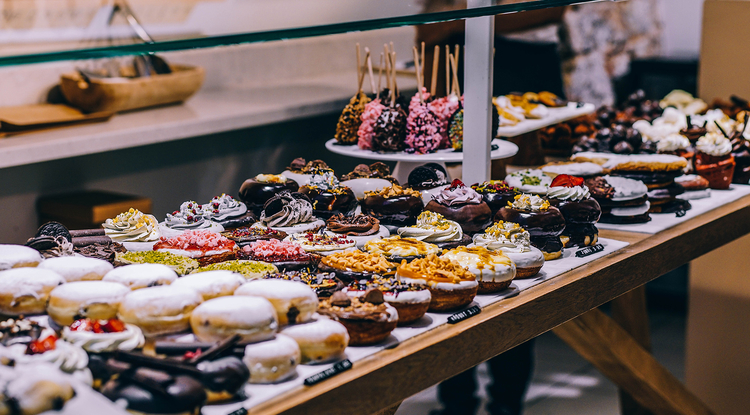 Choosing an indulgent dessert first can lead to healthier food choices overall, according to new research from the UA Eller College of Management.

It turns out you can have your cake and eat it, too, and it might lead to healthier eating habits.

Research conducted by Martin Reimann, assistant professor of marketing in the University of Arizona Eller College of Management, suggests that choosing an indulgent dessert first may lead to eating lower calorie meals. The paper, "If I Indulge First, I Will Eat Less Overall: The Unexpected Interaction Effect of Indulgence and Presentation Order on Consumption," was recently published in the Journal of Experimental Psychology: Applied.

Four experiments were conducted, both in a cafeteria and on a mock food-delivery website, to see if choosing a healthy or unhealthy dessert at the beginning of a meal would influence participants' main and side dish selections.

Indulgent desserts, such as lemon cheesecake, and healthy desserts, such as fresh fruit, were placed at the beginning of a university cafeteria line or as the first option on a website. The meals were of a fixed-price so cost of the desserts wasn’t a factor.

“We believe diners who chose the indulgent dessert first picked healthier main and side dishes to make up for their high-calorie dessert,” Reimann says. “Diners who picked the healthier dessert may have thought they already had done a good deed for their bodies so they deserved higher-calorie food farther down the cafeteria line.”

An average of 30 percent fewer calories were consumed by participants who chose the indulgent dessert first.

The result was not consistent with individuals who had a lot on their minds. If a participant was distracted, he or she chose the indulgent dessert first and continued to make unhealthy choices for the rest of the meal.

"This research is the first to uncover the interaction effect of food type and food presentation order on individuals’ sequential food choices and their overall caloric intake. This work showed that, when selecting foods in a sequence, individuals are influenced by the first item they see and tend to make their subsequent food choices on the basis of this first item. This notion can be utilized to nudge individuals into consuming less food overall," the researchers wrote.