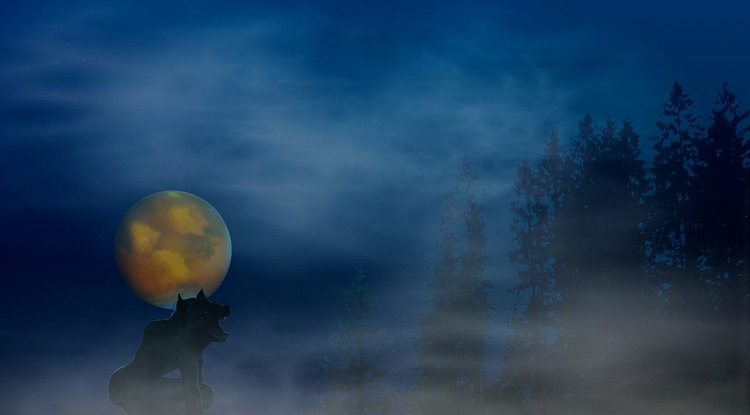 "Monsters," such as werewolves, often emerge in literature as reflections of cultural fears and morality.

“The blood is the life.”
—Bram Stoker, Dracula 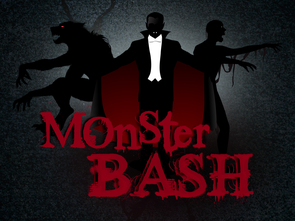 Three figures – the zombie, the vampire and the werewolf – have captivated the human imagination for centuries. These creatures have become ubiquitous in contemporary pop culture, but beneath the stories, films, shows and books are some very serious questions: What is life? What is death? And what does it mean to be human?

Two of the most popular general education classes in the University of Arizona College of Humanities engage undergraduates in literary and cultural analysis of those fundamental questions. On April 11, the courses will combine to showcase interactive student projects in the inaugural Monster Bash. Held on the UA Mall, the Monster Bash is free and open to the public, and features costumes, games, trivia and food.

"We're really obsessed with monsters, but we're not the first to be so. The romantics and the modernists were, as well," said Joela Jacobs, an assistant professor of German studies at the UA. "A lot of this is about making sense of the world. That's what narratives do. By telling stories, we're thinking critically through the ways we make sense of the world. We're questioning our own assumptions and hearing from other perspectives about how to distinguish between the living and the dead."

Jacobs' class, German Studies 160A1: From Animation to Zombies, and Colleen Lucey's class, Russian and Slavic Studies 315: Werewolves and Vampires, both explore the mythological origins and cultural implications of these "monsters," which emerge as reflections of cultural fears and morality.

"What we can do in the humanities is show the trajectory of belief systems," says Lucey, an assistant professor of Russian and Slavic studies. "The humanities connect to ways in which science and belief or faith have been challenged and the ways we use stories to understand the incomprehensible. Vampires deal with the question of death and longing and mourning. We take how the vampire myth originated as a way to come to terms with loss and the sense of survivor's guilt, and the fear of what that would mean in terms of an animated corpse."

The Monster Bash originated when the two professors were discussing their courses, both the similarities and the implications of a crucial difference: Jacobs' focuses on how to define life, while Lucey's deals with how to define death. As general education courses, both reach students across campus, so the idea to showcase the subjects for the entire university took root.

Funded by a College of Humanities teaching and outreach grant, the event will bring students from both classes, 340 in all, to the UA Mall from 2-3 p.m. Students will  reconceptualize course content and explain it to others in theme-appropriate posters or group projects, like interactive games and trivia questions.

"These are serious courses and the content is heavy, but we engage with the material in empowering ways. You learn something in more depth when you teach it to other people," Lucey says. "Students work together and use the course content in interactive ways. They show their grasp of the major contents of the course and bring them to life, even when we're talking about the dead and undead."

Both classes focus on teaching students to engage with literature in different ways and to analyze different perspectives.

"This course breaks up the boxes in which our thinking operates. We do the kind of critical thinking where we discuss where boundaries are drawn between the living and the dead, and why," Jacobs says. "Zombies and werewolves are exactly the kinds of creatures that aren't clearly defined in those terms. Those in-between places are where we can interrogate the things we take for granted.

"We talk about the question of, what is life? And we look at philosophy, at human life and plant life and life in outer space, and the undead and artificial intelligence. It deals with my research, which is an interdisciplinary approach of looking at how we define life."

Students might not have a strong interest in German studies or Russian and Slavic studies when they sign up for the general-education courses, but the professors see that as an opportunity to expand the ways students think about the subject matter.

"It's important that they leave the class with a sense of the richness of the culture and that stays with them for years to come," Lucey says. "It's a way to captivate the attention of students and ideally, it's an entrance to the rest of the curriculum."