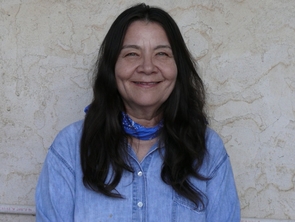 Acclaimed, award-winning author Leslie Marmon Silko will give a free public lecture at the University of Arizona this month.

Others slated to speak during the series include: Robert Coulter, who directs the American Indian Law Resource Center, on Feb. 24; Jennifer Nez Denetdale, a Navajo professor and historian at Northern Arizona University, on March 3; and Evon Peters, a tribal leader and activist, on April 7.

Each lecture is free and open to the public and will be held at 7 p.m. in Room 350 of the UA's Modern Languages Building, 1423 E. University Blvd., with receptions and book signings to follow.

Born in Albuquerque and raised at Laguna Pueblo, where her father and other family still reside, Silko has lived in Tucson for three decades.

Silko, who is perhaps most known for "Ceremony," "Almanac of the Dead" and "Gardens in the Dunes."

She has written numerous other novels and collections of poetry: "Storyteller," "Sacred Water," "Yellow Woman and Beauty of the Spirit" and "Laguna Woman." Also, a collection of her letters were published with those written by James A. Wright in "A Delicacy and Strength of Lace."

Also, in 1980, Silko received a grant from the National Endowment for the Humanities to produce "Arrowboy and the Witches," a film fashioned after her novel, "Storyteller." The following year, she received a John D. and Catherine T. McArthur Foundation Fellowship, commonly known as the "genius" award.