The University of Arizona will welcome 12 of this year's 19 Flinn Scholars, who are among Arizona's highest-achieving high school seniors.
Kyle Mittan
,
University Communications
April 23, 2020
Resources for the Media 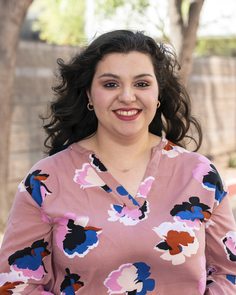 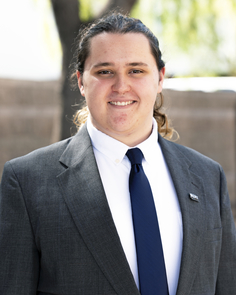 Growing up on Tucson's south side, Isabella Espinoza was determined to not stay in town when it came time for college.

But after spending two of her high school summers working alongside top medical researchers at the University of Arizona Summer Institute on Medical Ignorance, Espinoza, an aspiring physician and scientist, decided to pursue her biology degree at UArizona.

Espinoza, who will graduate from Desert View High School next month, is one of a dozen 2020 Flinn Scholars – some of the highest-achieving high school seniors from across the state – who have chosen to attend the University of Arizona in the fall.

The Flinn Foundation announced this year's 19 scholars on Wednesday. The Phoenix-based nonprofit is a grantmaking organization that also supports Arizona's bioscience, arts and culture sectors.

The prestigious Flinn Scholarship, given to about 20 students each year since 1986, covers the full cost of tuition, mandatory fees, housing, meals and more – a value of more than $120,000. All UArizona Flinn Scholars will be members of the university's Honors College and will receive mentoring from top faculty. They also will get to participate in a study abroad experience to a country of their choice.

The scholarship is intended to keep Arizona-bred future professionals in the state.

"We know that when top students leave smaller states like Arizona, statistics show they often do not come back," said Terry Hunt, dean of the Honors College. "This 'brain drain' means that talented and promising leaders in their fields are not here to enrich Arizona and help us better succeed."

Espinoza said her decision to attend UArizona was largely influenced by the summers she spent at the Summer Institute on Medical Ignorance. The institute allows disadvantaged high school students to work in university medical labs alongside top researchers. Espinoza spent her first year working with Dr. Mohab Ibrahim and Dr. Amol Patwardhan in the Department of Pharmacology, and her second year with Dr. Sydney Rice in the Department of Pediatrics.

"With that summer program, I definitely did fall in love with the U of A's dedication to research and the different hands they have into different fields of medicine," Espinoza said.

The experience, she added, helped her realize that the education she wanted was in her hometown, after all.

Her decision to stay in Tucson also means the opportunity to give back to her community. Her career plans as a physician-researcher include helping bridge the gap she sees between the health care field and the Spanish-speaking and low-income communities in Tucson.

"I realized that if I want to be part of my community, the best idea would be to stay in it," she said. "The U of A is that option."

Dermot Louchart, another 2020 Flinn Scholar and a senior at Flagstaff High School, said the University of Arizona's "spectacular programs" for creative writing and musical theater – his areas of study when he begins in the fall – were what drew him.

Louchart met with students, faculty members and alumni of the creative writing program in the Department of English during a campus visit with other Flinn Scholars. He said all were supportive and helpful, and he enjoyed the half hour he spent at the university's nationally renowned Poetry Center.

"The vibe on campus was just so awesome," he said, adding that Tucson in general was also a draw.

Louchart said he especially enjoyed his time with Danny Gurwin, associate professor in the School of Theatre, Film and Television and co-chair of the acting and musical theater division.

"He was just so cool and so nice and so helpful," Louchart said. "Just being able to make that connection was super awesome."

The University of Arizona's 2020 Flinn Scholars are: 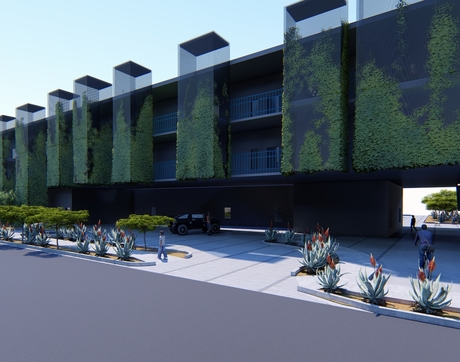