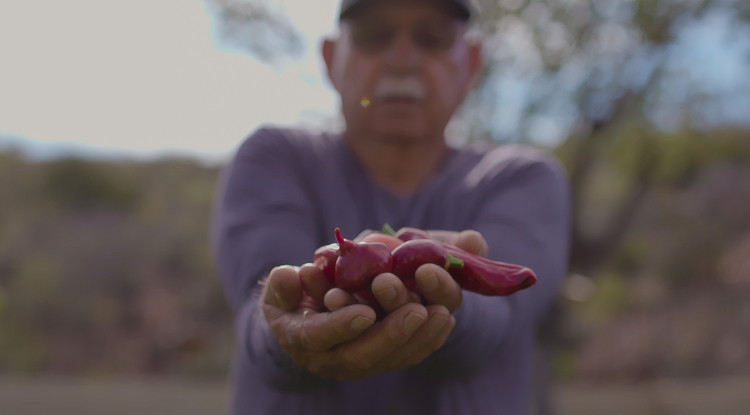 University researchers looked for ways to address environmental and health concerns in local areas while partnering with community members directly impacted by these issues.

Making Citizen Science Accessible for All

Although socioeconomic factors affect countless other life outcomes, they do not predict the success of a citizen scientist, according to UArizona researchers working to make science accessible to communities living in the shadow of environmental contamination.
Rosemary Brandt
,
College of Agriculture and Life Sciences
April 16, 2020
Resources for the Media 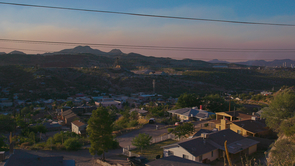 Globe-Miami, which neighbors active and legacy mining sites, is one of the rural communities with which Project Harvest works. 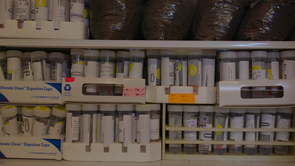 As April marks National Citizen Science Month and a time to celebrate how the public can support scientific advances and impact change, University of Arizona researchers are shedding light on ways citizen science projects can better serve historically disenfranchised communities.

Using the university's citizen science-based Project Harvest as a model, researchers analyzed ways scientists might address environmental and health concerns in their local area, while partnering with community members directly impacted by these issues.

"My goal is to democratize science," said Mónica Ramírez-Andreotta, an assistant professor in the Department of Environmental Science and principal investigator of Project Harvest. "Science is for all and we're all scientists in our own way."

When citizen science projects are designed with these considerations in mind, researchers found no significant differences among socioeconomic groups with regard to successful participation.

"If we look at what (factors) causes environmental injustice, they're tied to income, minority status, lack of privilege, linguistic isolation, limited political influence and information disparities," said Ramírez-Andreotta. "You can address these injustices through equal access to knowledge and science."

Living in the Shadow of Environmental Contamination

With more than 100,000 estimated abandoned mines or mine features and nearly 400 active mines or development projects in the state of Arizona, it's not uncommon to find residential areas neighboring mines or hazardous waste sites.

"Exposure from dust and pollution is a great concern for these communities, as is the risk of contamination in harvested rainwater systems and gardens," Ramírez-Andreotta said.

In partnership with the Sonora Environmental Research Institute, Project Harvest investigates the quality of harvested rainwater – as well as the quality of the soil and plants irrigated with that water – in communities directly impacted by environmental contamination.

The project was created with a $2.26 million grant from the National Science Foundation. The five-year project, scheduled to finish sample collection at the end of 2020, creates a participatory approach to science in hopes of shifting the model of the traditional scientific method.

The project grew out of community concerns voiced through Gardenroots, a citizen science program Ramírez-Andreotta also directs with partial support from the UArizona Superfund Research Program.

"These residents were testing samples of edible plants from their home gardens for environmental contaminants. Some of them were also harvesting rainwater at home and started to wonder, "Is this safe? Could contaminants be concentrating in this rainwater draining off my roof?'" said Leona Davis, lead author of the journal article and a recent graduate from the College of Education's environmental learning master's program.

As of February, Project Harvest had 148 participants spanning both rural and urban areas across Arizona, including the Dewey-Humboldt, Globe-Miami and Hayden-Winkelman areas, as well as Tucson's south side.

Project Harvest participants are diverse, with a nearly 50/50 split between Latinx and white participants, low-income and non-low-income households, and those with and without a four-year college degree – making it fertile ground to explore participant motivation and success.

"While public participation in citizen science projects can increase both the scale of environmental research and public engagement in environmental issues, some communities are more likely to have disproportionate demands placed on their time and resources," Davis said. "Those affected by environmental health stressors may experience different barriers that could limit their participation."

Project Harvest uses a community-first communication model to maximize participant engagement.  After internal review, results are shared with participants first, and their data are contextualized to aid in interpretation.

"This method of data sharing can lead to increased trust among researchers and communities, trust in science and capacity building at the individual and community level," Ramírez-Andreotta said. "Data sharing can be a form of public health intervention and can increase the likelihood of translating the results into action."

As existing standards, advisories and guidelines for different water applications can be very complex and difficult to navigate for all stakeholders, Project Harvest works with participants to visualize data and safety recommendations in easy-to-read, color-coded graphs. Since there are limited water quality regulations for harvested rainwater, this information helps communities answer common questions regarding the safety and use of their harvested rainwater.

"A great amount of time is spent on data visualizations and sharing, because the data is essentially co-owned," Ramírez-Andreotta said. "We know that these efforts can increase participants' self-efficacy and capacity to make environmental decisions and engage in individual and community-level prevention and intervention strategies."

Democratizing Science for All

"We wanted to solicit feedback directly from participants in our project, during the time they were participating, about what was motivating or helpful and what was frustrating, as they were making their way through collecting and interpreting their rainwater data," Davis said. "We realized we could statistically analyze participants' self-described experiences to see if there were significant differences between groups with different socioeconomic identities."

Based on Project Harvest participant data, personal interactions were the most meaningful mode of support for participants in traditionally underrepresented communities. A crucial component of Project Harvest's design is peer education, with promotoras, or community health workers trained by project researchers, serving as the primary trainers, coordinators and support people on the ground.

"Additionally, a large technology divide was observed between white participants versus participants of color, and participants with a college degree and those participants without a four-year degree," Davis said. "This isn’t necessarily surprising, but it is an important consideration for designing citizen science for underrepresented communities."

Most importantly, researchers found no significant differences among socioeconomic groups in the likelihood that project participants would resign from the project, report lack of confidence in doing project activities or have difficulty understanding project instructions. Those outcomes did not seem to be affected by household income, race and ethnicity, or college education.

Simply put, although socioeconomic factors affect countless other life outcomes, they do not predict the success of a citizen scientist.

"I hope this data encourages and inspires others from underrepresented communities to pursue citizen science and other forms of community-based research," Davis said, "to lend power and voice in decision-making related to the environment and health of their communities."