Thomas Koch and Harrison Barrett are being honored as National Academy of Inventors Fellows, which is the highest professional distinction awarded to academic inventors.
Paul Tumarkin
,
Tech Launch Arizona
Dec. 11, 2018
Resources for the Media 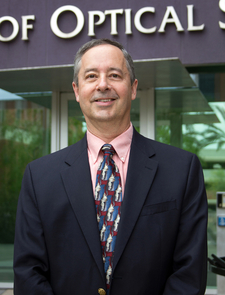 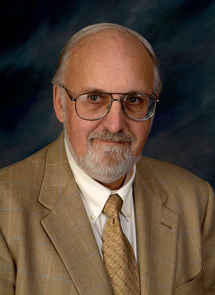 Two distinguished University of Arizona professors and innovators have been named as National Academy of Inventors Fellows. Thomas Koch, professor and dean of the College of Optical Sciences, and Harrison Barrett, Regents’ Professor of medical imaging, optical sciences and applied mathematics, will now join a growing cadre of distinguished fellows from the UA.

According to the National Academy of Inventors, or NAI, the Fellows Program was established to highlight academic inventors who have demonstrated a prolific spirit of innovation in creating or facilitating outstanding inventions that have made a tangible impact on quality of life, economic development and the welfare of society. Election to NAI Fellow status is the highest professional distinction awarded to academic inventors.

“This is an outstanding reflection of the talent and expertise in the UA College of Optical Sciences,” said UA President Robert C. Robbins, “not to mention an incredibly well-deserved honor for both Dean Koch and Dr. Barrett. They are two of the most accomplished individuals I have had the opportunity to get to know, and they are both excellent examples for why the UA has become a global leader in optics. I am very proud to see their accomplishments nationally recognized in this way.”

Koch has lived fully in the two worlds of high-tech private companies and academia and has made significant innovative contributions in both. As dean of the College of Optical Sciences, he has combined a broad perspective on the problems facing manufacturers of the photonics-based telecommunications industry and a deep understanding of the physics underlying the much-needed inventive solutions to those problems.

“Throughout my career, I’ve had the good fortune to collaborate with some incredibly innovative and creative people,” Koch said. “Many of them have also been recognized by the Academy, and it’s an honor to be welcomed into their community.”

Many of Koch's 37 issued patents are from his private enterprise days and became part of the existing infrastructure for modern optical telecommunications. His work in the area of photonics has led to improved optical fiber communication links that form the backbone of today’s Internet and telecommunications networks.

Koch continues with his inventive influence at the UA, where he helped the UA, SUNY Poyltechnic Institute and others win the $600 million AIM Photonics public-private partnership to advance U.S. photonic integration manufacturing technology.

“Dr. Koch's prolific spirit of innovation along with his endless energy and enthusiasm for knowledge and problem solving inspire students, faculty – both junior and seasoned – and even industry players to use their science and technology educations to solve ongoing problems, from telecommunications to medical imaging,” said Tech Launch Arizona Assistant Vice President Doug Hockstad. “As a leader in both academia and industry, Dr. Koch is an outstanding example of the creative and inventive mind that the National Academy of Inventors represents.”

Barrett, though trained as a physicist, regards his scientific specialty as image science, an emerging field that strives to provide unified theories, design principles and evaluation methods for all forms of imaging. In recent projects, his group has applied the methodologies of image science to problems in astronomy and optical metrology, but his main focus has always been medical imaging, especially nuclear medicine.

“Most of my achievements and recognition, including this award, must be attributed to the incredible cadre of students I have mentored,” Barrett said. “I have had the great pleasure of supervising 64 Ph.D. dissertations at the U of A and then watching these graduates transform the field of image science, taking leadership positions in industry, government or academia. The University of Arizona is a magnet for the best and brightest students, and it is a joy to introduce them to image science.”

Barrett's formal inventorship dates back to 1974 and now includes 27 issued U.S. patents. While working at Raytheon Research Division in the 1960s and 1970s, he explored ways to detect the relative motion of sources of high-energy radiation. In 1974, he began his academic career at the UA, where his interests spread to tomographic imaging, scintillation cameras, CT and SPECT imaging devices and autoradiography.

“Throughout Barrett's academic career, he has pursued solutions to real world problems to improve people’s health and well-being,” Hockstad said. “His dedication and ability to think beyond conventional wisdom has inspired his students to continue that pursuit through both academics and entrepreneurship.”

Koch and Barrett will be inducted into the organization at a ceremony during the NAI annual meeting April 10-11 in Houston.