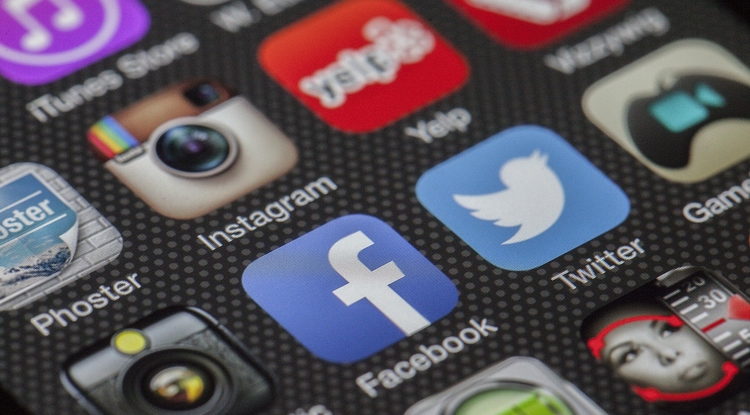 Research has shown that politicians' gender shapes public expectations of their expertise.

Female politicians, for example, often are expected to possess communal personality traits, such as caring and compassion — and, in turn, they are perceived as being knowledgeable about social topics, such as health, education and children's issues. Men, on the other hand, are expected to be powerful, assertive and analytical, and so they often are perceived as being well-versed on financial and security issues.

University of Arizona sociology doctoral student Morgan Johnstonbaugh wondered if what politicians talk about on Twitter — a platform elected officials increasingly are using to connect with their constituents — would support these gender stereotypes.

Her findings: What U.S. lawmakers tweet has more to do with whether they have an R or D after their name (for Republican or Democrat) than an M or F (for male or female).

The study's results, which Johnstonbaugh will present this weekend at the American Sociological Association's annual meeting in Montreal, came as somewhat of a surprise to her, given existing literature on gendered issue expertise. However, the news is encouraging, Johnstonbaugh said.

"It's a positive thing that we don't see people aligning to these exact expectations. Women and men are engaging all of these topics — they're not being limited by gender stereotypes," she said.

Johnstonbaugh analyzed 3,894 tweets by U.S. representatives, collected over a four-month period in 2015 using ForSight, Crimson Hexagon's social media analytics tool. She looked specifically at tweets on two issues that were generating much discussion on Twitter during that period. One of those issues — an investigation and proposed defunding of Planned Parenthood — was a more stereotypically female issue. The other — the debate surrounding the Iran deal concerning national and international security — was more stereotypically male.

Instead, political party had greater bearing on what was tweeted. Republicans, in general, tweeted more than Democrats on both topics, Johnstonbaugh said. That could be because the two issues explored in the study were ones in which Republicans were on the offense; Republicans led the push to defund Planned Parenthood, and they broadly spoke out against the Iran deal, which lifted international oil and financial sanctions on Iran.

The fact that Republicans out-tweeted Democrats also could point to a cultural difference in how members of the country's two major political parties like to communicate, Johnstonbaugh said.

"In other analyses, I have seen Republicans utilizing Twitter a lot more and mentioning each other and building these really dense networks, whereas Democrats don't seem to do that as much," Johnstonbaugh said. "It's something that warrants further exploration, especially now, since our president likes to use Twitter so much."

With regard to gender in American politics, it's important to recognize that women continue to be highly underrepresented in Congress, and gender stereotypes and discrimination persist, Johnstonbaugh said. At the time of her study, men outnumbered women 4 to 1 in the House of Representatives and 5 to 1 in the Senate.

A platform such as Twitter, Johnstonbaugh suggests, could be a valuable tool for underrepresented groups in politics, such as women, to communicate directly with the public about substantive issues.

"Research shows that women politicians get less media coverage, and they also receive different coverage. So when male politicians will be asked about the issues and important political topics, women will often receive coverage relating to their clothes or their family," Johnstonbaugh said. "Going to Twitter and tweeting about an important issue bypasses media that might want to talk to you about your hair rather than your position on a bill."