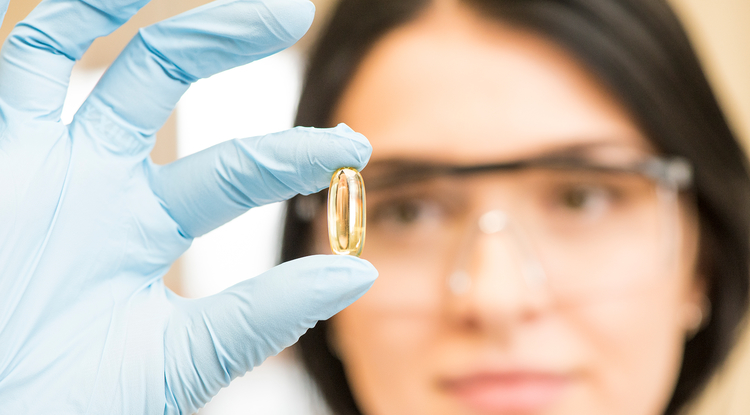 High levels of triglycerides, which increase the risk of heart attack and stroke, can be reduced with prescription omega-3 fatty acids, according to a UA nutritional sciences assistant professor who led a scientific advisory published by the American Heart Association.
Rose Brandt
,
College of Agriculture and Life Sciences
Aug. 19, 2019
Resources for the Media 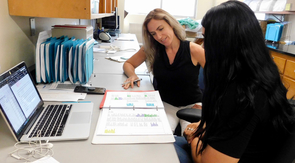 Ann Skulas-Ray’s research in the Department of Nutritional Sciences focuses on clinical studies of dietary supplementation, whether that be with capsules providing omega-3 fatty acids or with foods such as strawberries. 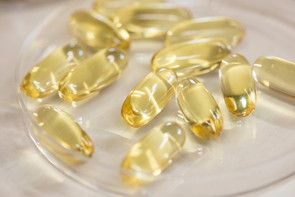 “Dietary supplements containing omega-3 fatty acids are not as strictly regulated by the FDA. They should not be used in place of prescription medication for the long-term management of high triglycerides,” Skulas-Ray said.

According to a scientific advisory published by the American Heart Association, prescription omega-3 fatty acid medications are a safe and effective option for reducing high triglycerides.

“High triglycerides are becoming increasingly common because they often occur in people with insulin resistance and elevated blood sugar. Omega-3 fatty acids are effective and safe for reducing high triglycerides, but clinicians often use other medications,” said Ann Skulas-Ray, first author of the advisory and an assistant professor in the University of Arizona College of Agriculture and Life Sciences.

When most people think of cardiovascular disease, blood pressure and cholesterol immediately come to mind, but triglycerides are another important part of the picture.

“We concluded that treatment with 4 grams daily of any of the available prescription choices is effective and can be used safely in conjunction with statin medicines that lower cholesterol,” Skulas-Ray said.

Prescription omega-3 fatty acid medications come in two formulations, EPA (eicosapentaenoic acid) with and without DHA (docosahexaenoic acid). As there have been no clinical comparisons between the two different formulations, the scientific advisory panel does not make a specific recommendation of one over the other.

As part of the national panel, Skulas-Ray and her postdoctoral research associate Chesney Richter specifically sought to assess the efficacy of prescription omega-3 fatty acids. The advisory stresses that people with high triglyceride levels should not try to treat the condition themselves with dietary supplements.

“Dietary supplements containing omega-3 fatty acids are not regulated prior to marketing by the FDA. Patients should not use them in place of prescription medication for the long-term management of high triglycerides,” Skulas-Ray said.

What About Fish Oil Supplements?

As many as 18.8 million adults in the U.S. take fish oil supplements in hopes of decreasing their risk of developing heart disease. While there is a lack of scientific consensus regarding the use of fish oil supplements to prevent heart disease, recently completed clinical trials have been more promising, and a large body of research supports fish oil in maintaining general health.

Eating oily fish, such as salmon, mackerel, herring and albacore tuna, at least two times per week is a good source of beneficial omega fatty acids. However, Skulas-Ray notes that most Americans consume very little dietary omega-3 fatty acids and, for those people who never eat oily fish, supplements could be very beneficial.

“Supplements can be a practical and inexpensive option for people interested in maintaining their health,” Skulas-Ray said. “Omega-3 fatty acids are important to many aspects of human physiology.”

Skulas-Ray’s research on the health benefits of omega-3 fatty acids is ongoing. Most of her work in the UA Department of Nutritional Sciences focuses on clinical studies of dietary supplementation, whether that be with capsules providing omega-3 fatty acids or with foods such as strawberries.

With support from the Arizona Center on Aging, her lab is now beginning to study how certain omega-3 metabolites in the blood might be used to predict how older adults will recover from the physical stress of surgery.