Beginning Jan. 13, the report will be available at http://sirow.arizona.edu and http://www.law.arizona.edu.

The Southwest Institute for Research on Women is a regional research and resource center in the College of Social and Behavioral Sciences.

The Bacon Immigration Law and Policy Program is a new interdisciplinary program at the University of Arizona's James E. Rogers College of Law.

The report, "Unseen Prisoners: A Report on Women in Immigration Detention Facilities in Arizona," co-authored by Nina Rabin, a researcher with the Southwest Institute for Research on Women, will be released in January. 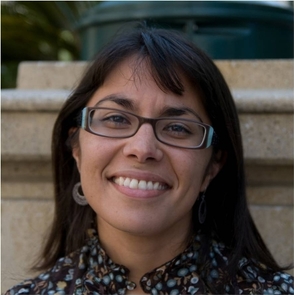 After spending one year conducting research on detention facilities and the treatment of immigrant women prisoners in Arizona, a research team at The University of Arizona found that the women lack adequate care and attention.

Nina Rabin, director of border research at the UA's Southwest Institute for Research on Women and co-director of James E. Rogers College of Law's immigration clinic, worked with others to detail the statewide situation.

Over a one-year period, the research team interviewed more than 40 detainees and their families, attorneys and service providers in an effort to learn about the condition of the detention centers and to also learn more about the prisoners, particularly where they are from and why they're being held.

The team determined that many women were not receiving adequate health care and most were separated from at least one child who was a U.S. citizen and under the age of 10. Most of the women had been transferred to Arizona from other states, which meant they were dealing with family separation.

The group also found that women who were not serving a criminal sentence were not exempt from "severe" penal conditions, such as confinement and limited access to activities. The team also noted "aggressive" government prosecution and detention of women even though they did not pose a risk of fleeing.

A press briefing and discussion about the report, "Unseen Prisoners: A Report on Women in Immigration Detention Facilities in Arizona," will be held Jan. 13, featuring an overview of the project, its findings and recommendations.

The 10-11 a.m. event will be held in Room 168 of the UA law school. Event speakers include Lindsay Marshall, the executive director of the Florence Immigration and Refugee Rights Project, Alessandra Soler Meetze, executive director of the American Civil Liberties Union of Arizona and Rigel Massaro, a third-year UA law student and research team member. The event is free and open to both the public and media.

Rabin, the lead researcher and author of the report, said little information exists about the facilities and the women they keep, which was a major driver in initiating the project. The UA College of Law's Bacon Immigration Law and Policy Program and the Florence Immigrant and Refugee Rights Project, a nonprofit that provides legal services to detainees, were also involved.

"I'm hoping it will result in changes at the local facility level and at the national" level, Rabin said, noting that the research team has already made recommendations the U.S. Immigration and Customs Enforcement, or ICE, at the district level.

"We're hopeful that in the new (presidential) administration there will be more openness to rethinking the very basis of immigration detention as well as the necessity of using it so widely," she said.

"Even if detention continues to be used, rethinking a lot of the policies and trying to have greater regulation and enforcement of the detention standards is important," Rabin added.

The report is especially relevant now in light of new standards for detention faciliies related to training and gender-based issues imposed by ICE and pending legislation in Congress regarding the need to improve medical and mental health care for detainees.

The research team found that roughly 300 women are housed in immigration detention facilities across the state. And because the number of women in detention centers is growing across the nation, understanding how to best serve the group is very necessary, the team noted.

Rabin noted that an increasing number of immigrants are being sent to detention centers and are held for months, and sometimes years.

"They are not being punished for a crime, and yet they are held in facilities that are identical to, and often double as, prisons or jails," Rabin added. "Women immigration detainees in particular are an invisible population."

The report provides detailed information about day-to-day life in the three facilities that house women immigration detainees in Arizona: the Central Arizona Detention Center in Florence, the Pinal County Jail in Florence and the Eloy Detention Center. The federal agency in charge of the detention and removal of immigrants, ICE, contracts for two of the facilities to be run by the private prison company the Corrections Corporation of America.

"These are women from all over the world," said Massaro, also the president of the Law Student Bar Association at the UA. Massaro interviewed attorneys and detainees and also looked at the specific conditions for domestic violence victims.

She said most of the detainees are from Mexico, but some women were from Puerto Rico, Cuba, Russia and Vietnam, among other countries. Some of the women were nursing mothers while others were pregnant, and a sizable population were low-wage workers and asylum-seekers.

Through the Immigration Law Clinic at the UA, Massaro had the opportunity to help represent one of the women being held at the detention center in Eloy.

The woman, who had been charged with identification fraud, spoke about feeling unsafe. While she was not considered dangerous, she was placed in living quarters near some of the most dangerous inmates, Massaro said. Massaro spoke of another detainee – a domestic violence victim. The center, she said, willingly provided her husband information about her release date even though she was trying to stay away from him.

The report contains detailed recommendations for Congress, the U.S. Department of Homeland Security, ICE, and individual facilities. Recommendations range from broad policy changes, including the need for increased consideration of the impact of immigration detention on families, to specific facility-level concerns, such as the lack of outdoor recreation in Pinal County Jail.

"While working on this, I was really visualizing that the report would end up in the hands of lawmakers and Arizona legislators, the detention center administrators, the Corrections Corporation of America – nationwide," Massaro said.

"There seems to be a big gap in the way humans treat each other. There should be some kind of check on that," she said. "Activist groups know about these things, but in a tangible report, the information will have so much value."

Southwest Institute for Research on Women