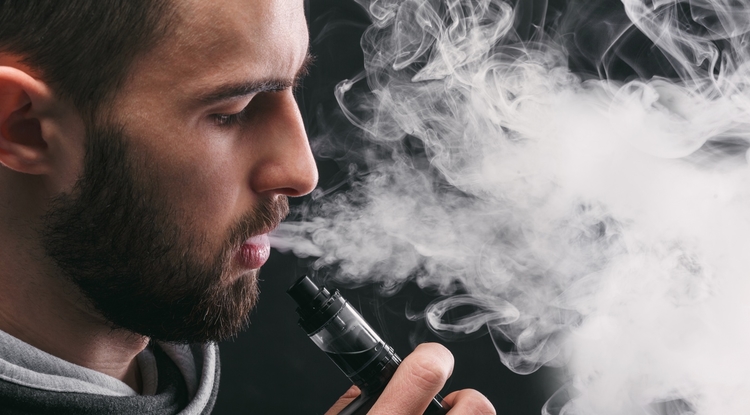 Are some flavors of vape liquid more harmful than others? A UA scientist says yes, based on the results of a novel research project that used stem cells to study the effects of vaping on endothelial cells.
Teresa Joseph
,
UA College of Medicine – Phoenix
May 28, 2019
Resources for the Media 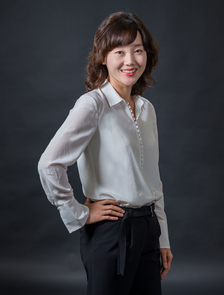 Your favorite vape flavor may be more harmful than the nicotine itself. Using stem cells to investigate the impact of e-liquids on cardiovascular disease, a new study has revealed the harmful effects of flavored e-cigarette liquids and e-cigarette use.

The most toxic flavors: cinnamon and menthol.

Researchers at the University of Arizona College of Medicine – Phoenix, the University of Illinois at Chicago and the Stanford Cardiovascular Institute discovered exposure to flavored e-liquids damages the endothelial cells, the thin layer of cells that line the interior surface of blood vessels and play an important role in heart and cardiovascular health.

The study, “Modeling Cardiovascular Risks of E-Cigarettes with Human-Induced Pluripotent Stem Cell-Derived Endothelial Cells,” was published online May 27 in the Journal of the American College of Cardiology.

“Traditionally, e-cigarettes were considered a safe way to stop smoking,” said Won Hee Lee, an assistant professor in the Department of Basic Medical Sciences at the UA College of Medicine – Phoenix, and co-lead and co-senior author of the study. “Our research calls that idea into question. Despite the rapid increase in popularity, the cardiovascular effects of chemical flavoring in e-cigarettes largely has been unexplored. Using a novel approach of stem cell research, we discovered the harmful effects of these flavorings and the potential cardiovascular risks users may face.”

The scientists investigated the effect of the e-liquids on endothelial cells that line the interior of blood vessels. Researchers used endothelial cells derived from induced pluripotent stem cells, which are reprogrammed to enable the development of an unlimited source of any type of human cell needed, allowing researchers to model diseases in a dish.

“This is the first study to establish that these stem cells can reliably be used as an alternative model to research the detrimental effects of e-cigarettes with existing vascular cells,” Lee said.

They found that, when grown in a laboratory, endothelial cells exposed to the e-liquids – or to blood collected from e-cigarette users shortly after vaping – are less viable and exhibit significantly increased levels of molecules implicated in DNA damage and cell death. The cells are also less able to form new vascular tubes and to migrate and participate in wound healing.

In recent years, vaping has grown in popularity. According to the U.S. Surgeon General, 1 in 20 middle school students and 1 in 5 high schoolers used e-cigarettes in 2017, a 78% increase from the previous year. This marks the largest increase in youth use of any substance in the 40 years the Surgeon General’s office has surveyed youth drug use.

Results of the research concluded that acute exposure to flavored e-liquids or e-cigarettes worsens endothelial dysfunction, which often precedes cardiovascular diseases. The cytotoxicity, which is the ability of certain chemicals to destroy living cells, of the e-liquids varied, with cinnamon-flavored products being most potent.

Researchers believe that cinnamon and menthol vape flavorings are more toxic to the body because of the chemicals used to make those flavorings.

“There is no safe way to vape,” Lee said. “It’s not as safe as originally thought, especially with the flavoring. Most people expect cigarettes to be worse for our health because of the nicotine. However, that’s not necessarily correct. Some of the effects of exposure to the e-liquids were dependent on the nicotine concentration but others were independent showing a combined effect of nicotine concentrations and flavoring components.”

Lee said she is interested in continuing her research to see if she can apply this model to other diseases.

“Using stem cells could provide a new resource to understand the personal and the common genetic underpinnings related to the development of many related cardiovascular diseases,” Lee said. “This study demonstrates and supports that human-induced pluripotent stem cell-derived endothelial cells represent a robust model for investigating endothelial biology with clear advantages over primary human endothelial cells.”

A version of this article originally appeared on the UA Health Sciences Office of Public Affairs website: https://opa.uahs.arizona.edu/newsroom/news/2019/stem-cell-study-determines-most-harmful-vape-liquids