A study by researchers at the UA College of Medicine – Tucson dispels myths about Native Americans and drinking.

Native Americans are more likely to abstain from alcohol than whites are, and heavy drinking and binge drinking rates are about the same for both groups, according to a UA study.
Jane Erikson
,
UA College of Medicine – Tucson
Feb. 8, 2016
Resources for the Media
Extra Info:

The Native American Research and Training Center was established in 1983 to serve as a resource in health-related research and training for Native American communities nationwide. Because of the center’s commitment to the realization of self-determination, one of the primary objectives of the center is to promote active participation and partnership with Native communities in all of the center’s activities. For more information: http://nartc.fcm.arizona.edu. 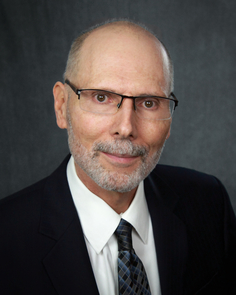 In contrast to enduring stories about extraordinarily high rates of alcohol abuse among Native Americans, University of Arizona researchers have found that Native Americans’ binge and heavy drinking rates actually match those of whites. The groups differed regarding abstinence: Native Americans were more likely to abstain from alcohol use.

The UA study, published online Monday in the journal Drug and Alcohol Dependence, was conducted by James K. Cunningham, lead author, a U.S. Fulbright scholar and social epidemiologist with the UA Department of Family and Community Medicine and the UA Native American Research and Training Center; Teshia A. Solomon (Choctaw), director of the Native American Research and Training Center; and Dr. Myra Muramoto, head of Family and Community Medicine.

The researchers analyzed data from a survey of more than 4,000 Native Americans and 170,000 whites between 2009 and 2013. The survey, called the National Survey on Drug Use and Health, was administered by the U.S. Substance Abuse and Mental Health Services Administration. The UA study also used another nationally representative survey, the Behavioral Risk Factor Surveillance System administered by the U.S. Centers for Disease Control and Prevention, to measure how often Native Americans and whites engaged in excessive drinking in the past month. Again, findings for the two groups were comparable.

"Of course, debunking a stereotype doesn’t mean that alcohol problems don’t exist," Cunningham said. "All major U.S. racial and ethnic groups face problems due to alcohol abuse, and alcohol use within those groups can vary with geographic location, age and gender.

"Negative stereotyping of groups of people who have less access to health care creates even more health disparities," Muramoto said. "Based on a false negative stereotype, some health care providers may inaccurately attribute a presenting health problem to alcohol use and fail to appropriately diagnose and treat the problem."

The researchers feel that their study could impact beliefs about Native Americans’ alcohol use.

A summary of the report, "Alcohol use among Native Americans compared to whites: Examining the veracity of the 'Native American elevated alcohol consumption' belief," can be accessed here.