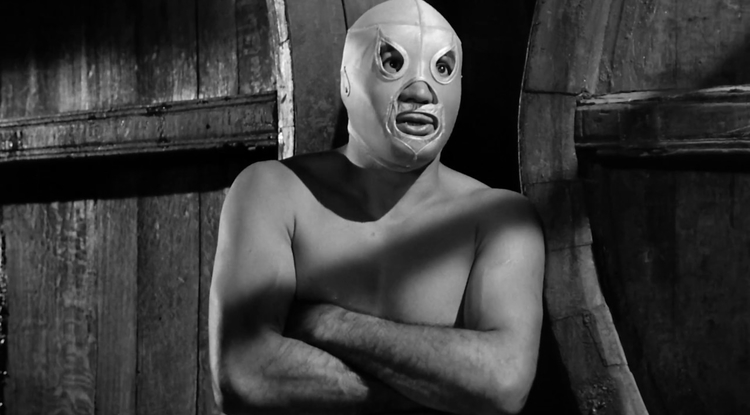 A partnership between the UA Hanson Film Institute and New York-based Cinema Tropical, Tucson Cine Mexico is the longest-running festival of Mexican cinema in the U.S.
University Communications
March 19, 2018
Resources for the Media
Extra Info:

The Tucson Cine Mexico schedule is as follows. For film descriptions, visit https://www.tucsoncinemexico.org.

March 24, 4 p.m., Harkins Tucson Spectrum 18
"Me Gusta Pero Me Asusta (I Like It, But It Scares Me)"
In person: Director Beto Gómez

Tucson Cine Mexico, the United States' longest-running festival of Mexican cinema, kicks off on Wednesday with a series of Spanish-language film screenings in Tucson.

The free festival, now in its 15th year, is a partnership between the University of Arizona Hanson Film Institute and New York-based Cinema Tropical.

Highlights of this year's event include the U.S. premiere of the Mexican box-office hit "Me Gusta Pero Me Asusta (I Like it, But It Scares Me)" and a screening of the new digital restoration of "Santo Contra El Cerebro Del Mal (Santo Vs. the Evil Brain)," which was the first film to star legendary Mexican wrestler El Santo.

Tucson Cine Mexico co-directors Vicky Westover, director of the Hanson Film Institute, and Carlos Gutiérrez, director of Cinema Tropical, set out to present the best of the latest films from Mexico at the festival, which runs through Sunday, March 25. All films are in Spanish with English subtitles and will screen at four different locations in Tucson.

"One of the greatest joys in putting together Tucson Cine Mexico is the large and highly diverse audience we continue to draw," Westover said. "We are grateful to our sponsors whose generosity makes it possible for us to offer the festival to the community for free."

UA student interns from the Hanson Film Institute also had a hand in organizing this year's event.

Intern Madz Smith-Ledford, a junior in the School of Theatre, Film and Television, put her bilingual skills to work helping to produce media and marketing materials for the event in both English and Spanish.

As a Mexican-American interested in working in the film industry, particularly with marginalized groups, Smith-Ledford said she sees Tucson Cine Mexico as an opportunity to showcase Mexican film and filmmakers that may not get mainstream recognition in the U.S. — and also as a way to connect festivalgoers with Mexican culture.

"It gives Mexican-Americans and Mexican immigrants in Tucson a way to keep up with what's happening in Mexico," she said.

Catherine Gurry, a senior majoring in creative writing and minoring in film and television, worked on social media for Tucson Cine Mexico and said her experience working on film institute events as an intern has helped prepare her for a career in the film industry after graduation.

Gurry is looking forward to attending Tucson Cine Mexico for the first time, noting that the festival is especially exciting in the wake of Mexican-born filmmaker Guillermo del Toro's recent Academy Award for Best Director for "The Shape of Water."

"It's really important," she said of the Tucson event. "Even though these may be smaller films or less-well known directors, they deserve recognition."

Advance tickets to Tucson Cine Mexico, as well as a complete schedule and description of films, are available on the Tucson Cine Mexico website. Tickets do not guarantee seats. Seating is available to ticket holders on a first-come, first-served basis, so guests are encouraged to arrive early.