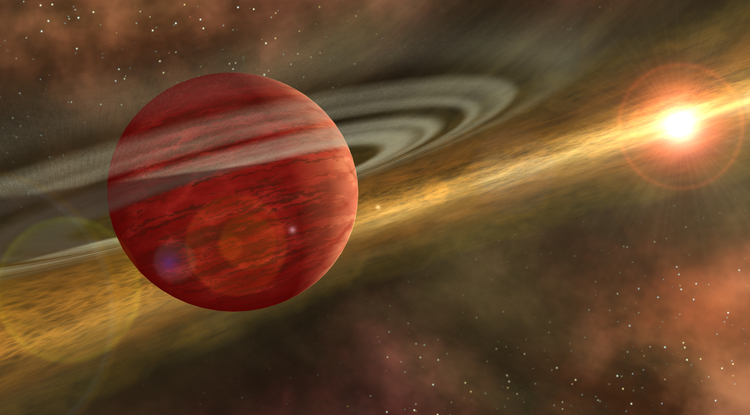 This is an artist's conception of a young planet in a distant orbit around its host star. The star still harbors a debris disk, remnant material from star and planet formation, interior to the planet's orbit (similar to the HD106906 system). (Image courtesy NASA/JPL-Caltech)

UA Astronomers Discover Planet That Shouldn't Be There

The discovery of a giant planet orbiting its star at 650 times the average Earth-Sun distance has astronomers puzzled over how such a strange system came to be.
Vanessa Bailey/UA Dept. of Astronomy and Daniel Stolte/UANews
Dec. 5, 2013
Resources for the Media
This is a discovery image of planet HD 106906 b in thermal infrared light from MagAO/Clio2, processed to remove the bright light from its host star, HD 106906 A. The planet is more than 20 times farther away from its star than Neptune is from our Sun. AU stands for Astronomical Unit, the average distance of the Earth and the Sun. (Image: Vanessa Bailey) 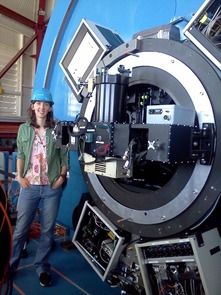