Commencement is the university-wide celebration all colleges attend, where the students' degrees are conferred by UA President Robert C. Robbins. Dr. Mae C. Jemison, engineer, physician, entrepreneur, educator and the first woman of color to travel into space, will be the keynote speaker at the University of Arizona's 155th Commencement. Read more about Jemison at UANews. 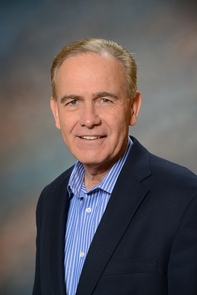 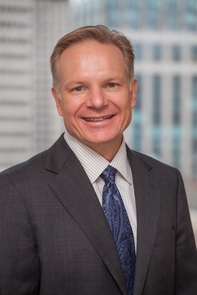 The University of Arizona will award two honorary degrees during the 155th Commencement on May 10. UA colleges, departments and programs nominate individuals for honorary degrees, which recognize distinguished contributions to the university, state, nation or world at large.

Dr. Mae C. Jemison, engineer, physician, entrepreneur, educator and the first woman of color to travel into space, will be awarded a Doctor of Humane Letters from the UA College of Humanities. You can read more about Jemison, who will serve as the Commencement keynote speaker, here.

Victor Smith is CEO of JV Smith Companies, a diverse group of operations with farming, cooling and distribution facilities and shipping capacities in Arizona, California, Colorado and Baja, Mexico. Since 1991, Smith has overseen all of the companies' farming, packing and cooling operations, including more than 30,000 acres of vegetable production.

Smith grew up in Pueblo, Colorado. He studied economics and business law at the University of Colorado from 1970 to 1974 and went on to study finance at Arizona State University in 1975. He joined Skyview Cooling in the fall of 1975 and quickly earned a leadership role, becoming vice president in 1977. In 1988, he became president of Skyview Cooling. Throughout the 1990s and early 2000s, Smith added leadership roles in other JV Smith Companies to his portfolio. In 2012, he accepted his current role as CEO with oversight of all eight of the affiliated companies.

Smith is a longtime supporter of the University of Arizona College of Agriculture and Life Sciences. This year, the UA established the Victor P. Smith Endowed Chair in Food Safety Education, with a generous $1.5 million gift from Smith. The support of the endowed chair will aid in the development and promotion of food safety educational programs at the UA and in connecting students with industry partners for food safety-related career opportunities.

He helped to establish the Yuma Center for Excellence in Desert Agriculture, and a conference room in the Glen G. Curtis Building at the Yuma Experiment Station was named in honor of his parents.

Smith is actively involved in community and agricultural organizations, having served on more than a dozen boards over the past 30 years. He is currently on the boards of directors of the Western Growers Association, the Center for Produce Safety and the Center for Growing Talent by PMA. He also is a member and previously served on the boards of both the United Fresh Produce Association and the Produce Marketing Association.

In 2014, JV Smith Companies launched Power Plate, which uses fun characters and a plate with sections to teach schoolchildren that half of their plate should be filled with fruits and vegetables. The program increased vegetable consumption by 62 percent in one Yuma elementary school.

Andy Harris graduated from the UA with a bachelor's degree in chemical engineering in 1987. Since then, he has excelled in the high stakes and often turbulent specialty chemicals industry, earning a reputation for personal and professional integrity and leadership. He has successfully led several corporations and currently is the CEO of Vantage Specialty Chemicals, a leading producer of naturally derived specialty ingredients for the personal care, consumer care, food and industrial markets.

One of his passions is to help the UA develop a best-in-class mentor program for students and alumni. In 2018, his vision became reality when he worked with the Alumni Association to develop, fund and pilot the innovative Wildcat Mentor Society. In its initial year, the program made a positive impact on 90 students and 27 mentors who met monthly. The program aims to help mentees build their professional network, strengthen their UA alumni network, thrive through personal challenges and create deep, meaningful relationships with mentors that last beyond the program.

Harris has directly mentored three seniors, each studying business. One of them – Nina Fitchett, a 2019 graduate – says, "Andy has been an outstanding mentor and provides a wonderful example for myself and each of the other group members. In our monthly meetings we are able to share experiences and provide input to overcome various challenges in our lives, both personally and professionally. I am so grateful to have Andy as my mentor."

Harris holds an MBA from the University of Southern California Marshall School of Business. He specializes in business growth and transformation through mergers and acquisitions and believes in building corporate cultures that serve as strategic drivers of success.

Prior to joining Vantage, Harris was President and CEO of Accella Performance Materials, and before that he was the CEO of Syrgis, another private-equity-backed specialty chemical manufacturing business. He also has worked with BetzDearborn, Endress+Hauser GmbH and Exxon Company USA.

Outside of work, Harris enjoys spending time with his wife, Stephanie, and two daughters, Hannah and Georgia. He also likes traveling, heli-skiing, hiking and golf. He and his wife are avid supporters of the UA, the University of Southern California, their church and various other philanthropic causes.