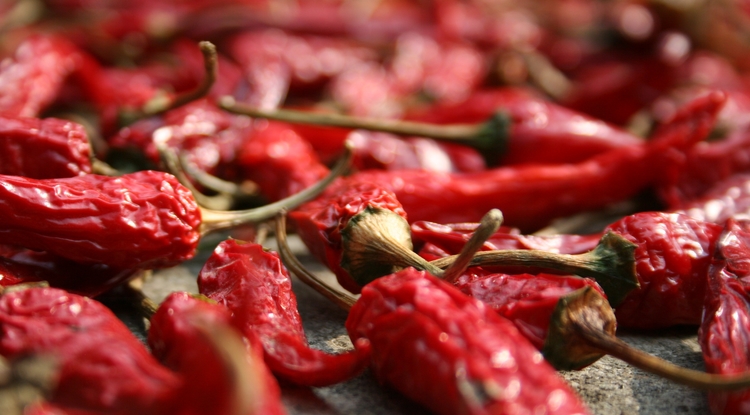 UA Researcher and Colleagues Discover the Birthplace of the Chili Pepper 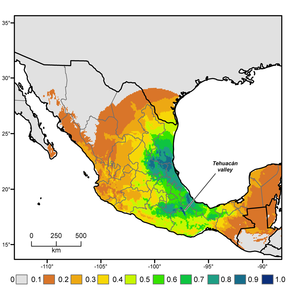 The international, interdisciplinary team determined that the domesticated chili pepper's region of origin extending from southern Puebla and northern Oaxaca to southeastern Veracruz, and is further south than was previously thought. (Photo courtesy of Gary Nabhan and Paul Gepts) 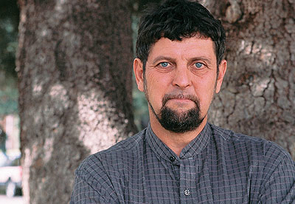 "Chilies are one of the most important spices in the world, and are an important part of our cultural legacy," said UA researcher Gary Nabhan.

In the Southwest, the chili pepper is practically a dietary staple. It gives salsa a spicy crunch, it brings depth to Mexican sauces, and it provides an extra kick to Sonoran hot dogs.

Plenty of other world cuisines rely on it too, from China to India to Thailand. But Latin America, researchers have confirmed, is where it started.

In a study of global significance researchers have figured out where the first domesticated chili pepper crop was farmed. University of Arizona ethnobiologist and agroecologist Gary Nabhan and other researchers in the U.S., France and Kenya have determined that the plant was first cultivated in central-east Mexico, likely in the Valley of Tehuacán.

The team's evidence indicates that the first cultivators of the chili pepper inhabited the area about 6,500 years ago. They were speakers of the Oto-Manguean language stock – an ethnic Mexican Indian language that makes up 174 different dialects.

The team's paper, "Multiple Lines of evidence for the Origin of Q:1 Domesticated Chili Pepper, Capsicum annuum, in Mexico," appears in the April 29 issue of the Proceedings of the National Academy of Sciences.

The article is part of a special series of research papers PNAS has just published on different aspects of domestication, including plant and animal domestication.

Led by University of California, Davis, plant scientist Paul Gepts, the international team determined that the crop's region of origin extended from southern Puebla and northern Oaxaca to southeastern Veracruz, and was further south than previously thought.

"Identifying the origin of the chili pepper is not just an academic exercise," said Gepts, lead author of another paper PNAS released in the series. "By tracing back the ancestry of any domesticated plant, we can better understand the genetic evolution of that species."

Nabhan said the research can help scientists and agriculture specialists improve crop variety, especially for hotter climates, while also improving pest repellency in granaries, where chili powder is used as rat and squirrel repellent. Such implications "will be critically important as we work to deal with climate change and provide food for a rapidly increasing global population."

In 2011, Nabhan organized an interdisciplinary team of linguistic ethnobotanists, economic botanists and ecogeographers for a workshop at the UA, which eventually spawned further collaborations and the current investigation.

For the current study, the team employed a novel and innovative approach, using multiple lines of evidence to pinpoint where humans first cultivated the chili pepper. The team used two traditional investigative approaches, relying on archaeological and genetic data.

In doing so, the team was able to not only answer where the crop was domesticated, but also when and under what ecological conditions this occurred.

While the genetic evidence seemed to point more to northeastern Mexico as the chili pepper’s area of domestication, there was collectively more evidence from all four lines of study supporting the central-east region as the area of origin.

The four-pronged investigation, which involved modeling data over a nearly 8,000-year period, suggested something not yet considered: a regional, rather than a geographically specific, birthplace for the domesticated chili pepper.

"Each author brought his own highly refined expertise to the problem, but the breakthrough came when we could bring all that knowledge into a single coherent picture of crop origins," Nabhan said. "In that way, this inquiry into crop origins was unprecedented, and offers a model for other interdisciplinary studies of plant domestication."

The team's scientific method is expected to inform other investigations, and may drastically shift what we understand about other crops and even livestock, Nabhan said.

"It's a large step for humankind. We have worked out a process, a way of linking information, that scientists have been trying to do since the 19th century," he said.

For now, the team's scientific methods and findings have important implications for understanding nutrition-related diseases, the use of crops for health-related benefits and crop production and resiliency into the future.

"Chilies are one of the most important spices in the world, and are an important part of our cultural legacy," Nabhan said.

"We are helping scientists all around the world to understand the ecological, cultural and historical relationships of something that affects anyone that uses chilies."