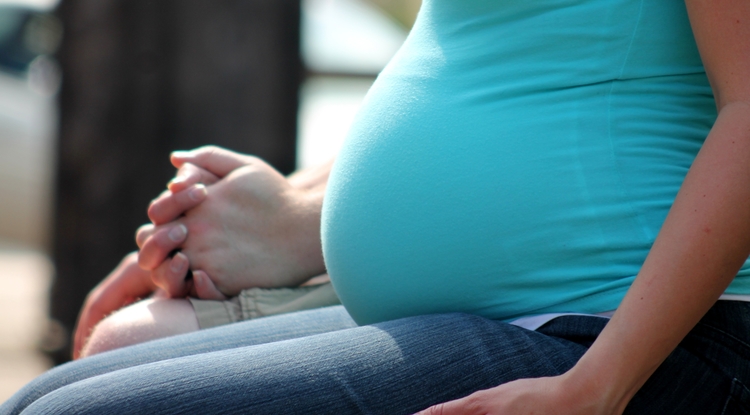 UA sociologists Christina Diaz and Jeremy E. Fiel challenge the convention of not considering the influence of other factors — beyond the effect of pregnancy and childbearing — on whether teen mothers graduate from high school and achieve adequate earnings later in life.

Christina Diaz and Jeremy E. Fiel found that socioeconomic disadvantage may reduce the effect young motherhood has on how successful a person is academically, and also what wages can be expected in the future.
La Monica Everett-Haynes
,
University Relations - Communications
Jan. 20, 2016
Resources for the Media
Extra Info:

Christina Diaz's and Jeremy E. Fiel’s research was funded by multiple agencies and organizations, including the Ford Foundation, the U.S. Department of Education’s Institute of Education Sciences, the National Science Foundation’s Graduate Research Fellowship and the Center of Demography and Ecology at the University of Wisconsin, Madison.

In a nationwide study, University of Arizona sociologists Christina Diaz and Jeremy E. Fiel found that the negative effect of young motherhood on educational attainment and earnings is not limited to those from disadvantaged backgrounds and actually is most significant among better-off teenagers.

Diaz and Fiel analyzed a subset of the Child and Young Adult Cohorts of the National Longitudinal Survey of Youth, which launched in 1986 to analyze the lives of more than 10,000 American youth.

Their findings of the subset — more than 3,600 young women — confirm existing literature that most young mothers have lower educational attainment and earnings overall compared with those who delay having children.

However, they also found that the impact of early fertility on one's educational attainment and wages depended on a woman’s personal attributes, experiences and factors such as their household income and familial expectations around family planning.

"It is important to think about the ongoing debate about the causal relationship between teen pregnancy and attainment," said Diaz, an assistant professor in the UA School of Sociology.

"Despite all of our methods and studies, we (as a research community) haven’t nailed down the effect of teenage pregnancy. So, we wanted to take a step back and think, 'Why might there be divergent findings?'"

Diaz's and Fiel’s findings are detailed in the co-authored paper "The Effect(s) of Teen Pregnancy: Reconciling Theory, Methods and Findings," which was published in a January 2016 issue of Demography, a peer-reviewed journal. Fiel is a UA assistant professor of sociology.

For the investigation, Diaz and Fiel analyzed survey results from two groups: individuals who became pregnant and had children, and others who had yet to do so.

Diaz and Fiel wanted to understand variation in the effects of early fertility among women with differing likelihoods of teen pregnancy and childbearing. For both groups, they analyzed high school graduation rates, rates of college attendance and completion, and also earnings when respondents were between ages 25 and 35.

"By the time a young woman becomes pregnant, there are already factors from her socioeconomic background that influence her experience," Diaz said. "To that end, it is not necessarily the pregnancy itself that results in negative consequences. And for someone who is comparatively better off, they already have tools to succeed."

Interestingly, it was those better-off teens for whom the consequences of an early pregnancy were most severe. The negative effect on earning a bachelor's degree was twice as large among better-off teens compared to those who were less advantaged.

Diaz and Fiel found evidence suggesting that young women in families where early fertility was more common, and who had stronger familial relationships and support, may have experienced less stress transitioning into motherhood.

Such findings reveal the problem with assuming that all women see similar outcomes when having children at a younger age, Diaz and Fiel said.

The two affirmed in their paper that "women differentially respond to motherhood," later noting: "Specifically, we argue that negative, trivial or positive effects could be simultaneously occurring among different types of women in the population."

While nationwide data indicates that teen pregnancies among women ages 15-19 has been on a steady decline since the 1970s, the World Bank reports the nation still maintains some of the highest rates on the globe. Based on 2014 figures, the financial institution reported that the U.S. had more births per 1,000 women in that age bracket than those that include the United Kingdom, Australia, Canada, France and Spain.

From a policy perspective, the findings can help to better identify how to support teen mothers who need it most, Diaz said.

"There are a lot of campaigns that set out to reduce pregnancy rates in disadvantaged communities that are based on the belief that there are still negative causal effects of teen pregnancy," Diaz said.

The analysis, however, suggested that teen pregnancy prevention in isolation of other life challenges is likely to be ineffective for disadvantaged women. Such campaigns may be beneficial only for more advantaged women, Diaz said.

"There are all these underlying issues that happened before pregnancy — attending lower-quality schools, living in poor neighborhoods, living in high poverty contexts — so that teen pregnancy is just one issue," she said.